Stars: 4.5 / 5
Recommendation: If you like movies based on heist and illusion with a tinge of magic, then this is the perfect movie with a balance of both.

Now You See Me 2 is a 2016 American heist thriller film and a sequel to the 2013 film Now You See Me (My review of that film here). The basic plot revolves around a tech genius who forcibly recruits the four horsemen to pull off an impossible heist. 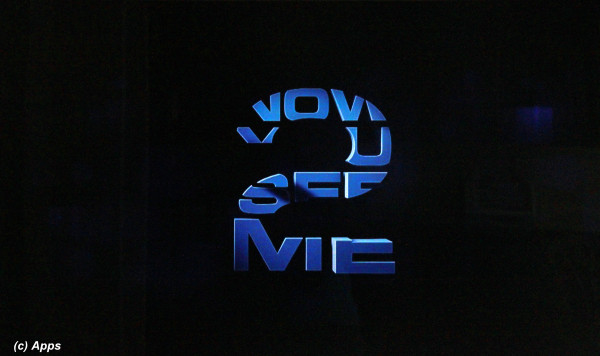 Finally Shriker assigns a mission to the Four Horsemen on the orders of The Eye - expose the corrupt businessman Owen Case whose new line of the phones has secret software that would steal the user's information. The Four Horsemen hijack the launch party of Owen's new line of phones when all things start going wrong for them. They are forced to use their escape route only to land into the hands of Walter Mabry - Owen's partner who was suspected to have been killed a year before. What is Walter's plans for the Four Horsemen? Why did he interrupt their hijack of Owen's launch party? Was Walter really dead? If so why was he faking his death? What is Walter's ultimate goal? Is Thaddeus behind this trying to get revenge on the Four Horsemen for what they did to him? All that is what follows with this magically tuned illusion filled plot.

Jessie Eisenberg as J. Daniel Atlas (self-appointed leader of the Four Horsemen), Mark Ruffalo as former FBI Agent Dylan Rhodes / Shrike, Woody Harrelson as Merritt McKinney (specialize in hypnosis), Dave Franco as Jack Wilder (magician specializing in card tricks), Morgan Freeman as Thaddeus Bradley ( magic debunker - an expert at exposing the tricks of other magicians) and Sir Michael Caine as Arthur Tresser (former sponsor of the Four Horsemen) reprise their roles in the sequel. Lizzy Caplan replaces Isla Fisher (who portrayed the role of Henley Reeves and the fourth Horsemen) and portrays the role if Lula May - newest member to the group.

I did not much like Isla Fisher in the first part as Henley Reeves, but at least she came across a horseman better than Lizzy Caplan in this installment. Although Isla sounded more like a rejected and dejected girlfriend, which she was, she at least had the prowess and power of her role. However Lizzy comes across as that newbie in the school who wants to impress the popular girl or boy in her class with her very loud mouth and overtly active expressions that don’t seem to have a place anywhere. Perhaps they will chose a better horsemen in the next installment.

Daniel Radcliffe is no Harry Potter here, but more a lunatic but very clever illusionist as well as a businessman. He has shattered the image of Harry Potter completely with his brilliant performance. Sadly it hadn't been realized by the public still. I still wait for Daniel to be cast in another role that would supersede Harry Potter.

The rest of the star cast fell into place seamlessly adding weight to the plot and lifting it rather than sinking it. Just like the first plot this one also keeps the viewer glued to their seats till the end. Another movie that I would have loved to watch in theaters and sadly have to content watching on TV.

A thoroughly entertaining, intriguing movie pulling you into the world of illusion and magic. Can’t wait to watch the third part in this series.

1) A third part for this series is being planned for 2019 and titled as Now You See Me 3 for now.
2) The opening scene before the title of the movie is revealed, we are shown some excellent pieces of illusions that can deceive one's eye on what they are seeing. Very intriguing.
3) As much as the opening title was for the film, I was surprised to see a closure title simply written. 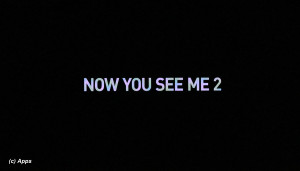