Stars:  3 / 5
Recommendation: A psychological film that doesn’t really scare you but leaves you enjoying the film.

Lizzie is a 1957 American film starring Eleanor Parker, Richard Boone and Joan Blondell. The basic plot revolves around Elizabeth who has frequent headaches and insomnia, but under hypnosis with Dr. Wright, she is shown to have multiple personalities. When I first saw this movie it reminded me of the 1998 novel Tell Me Your Dreams by Sidney Sheldon (My review of that book here) which deals with the main character having multiple personalities, more commonly now known as dissociative identity disorder. 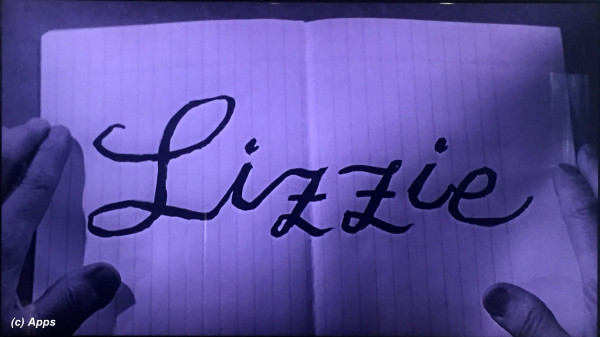 Elizabeth Richmond (portrayed by Eleanor Parker) is a shy young woman who lives with her Aunt Morgan James (portrayed by Joan Blondell) and works as a secretary at the local museum. She keeps receiving threatening letters by someone named Lizzie, but Elizabeth doesn’t know anyone named Lizzie. And Aunt Morgan accuses her of sneaking out in the night although Elizabeth denies it. When Aunt Morgan tells her woes to their neighbor Walter Brenner who suggest she should show Elizabeth to Dr. Neal Wright, his friend and a psychiatrist. When one of the fellows at the museum, Johnny Valenzo (portrayed by Ric Roman) calls her Lizzie and accuses her of being with him the previous night, she then seeks help of Dr. Neal Wright finally. He finds out that Elizabeth houses three personalities inside her - the shy Elizabeth, the evil Lizzie and the kind Beth. Dr. Wright understands that Elizabeth wants to be Beth always. Now, it's up to him to see how he can help her transform in Beth and foregoing her other two selfs. But what happened in her life that created these other two selves in her? Who is Robin? And why is one of her selfs, Lizzie, obsessed with Mexico? Will Dr. Wright unravel the secret to make Elizabeth as one sane Beth.

Although produced by Jerry Bresler, Kirk Douglas was the executive producer for this movie. Yes indeed, he is the famous American actor, author, director and producer, father to the very talented Michael Douglas. Richard Boone had been playing the roles of villain or tough guys until this role came across his lap. But I remember him from somewhere else and I am unable to put my finger on it. **Thinking Hard**. 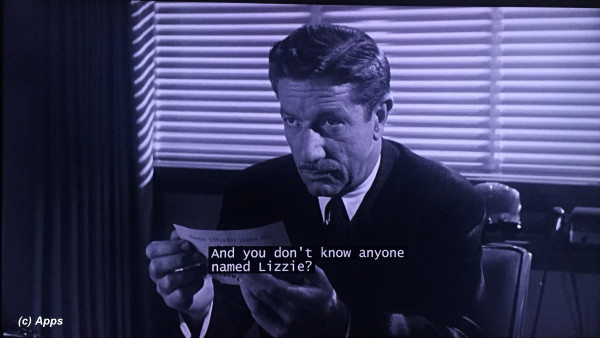 For an era when psychological fiction was still evolving, the plot has been well-made. But the biggest flaw was the portrayal of Lizzie by Eleanor. She made Lizzie look constipated, hard and loud more than calculated and evil. Being the key character of the entire plot, it is a shame that the portrayal was so weak. That perhaps was the reason for the movie to be biggest failure for MGM. Despite that this has been an exceptional plot and paved way for more of such movies that we get to see in future.

A one-time watch that doesn’t need a lot of mind to see but just to lazily enjoy it.
Spoiler Alerts:

1) The film is based on the 1954 novel The Bird's Nest by Shirley Jackson. I had not read the book, and this is the first time I am watching the movie. Another book adding to my list of collection.

2) Marion Ross who portrays the role of Ruth Seaton in this film, goes on to become famed as Marion Cunningham in the ABC's long running television sitcom of the 70s, Happy Days. She played the mother of Richie Cunningham in the series. Incidentally Tom Bosley who was famed for his role as Sherriff Tupper on the 90s TV series Murder, She Wrote played the role of her husband Howard Cunningham. In the pic below, she is the one in the right. 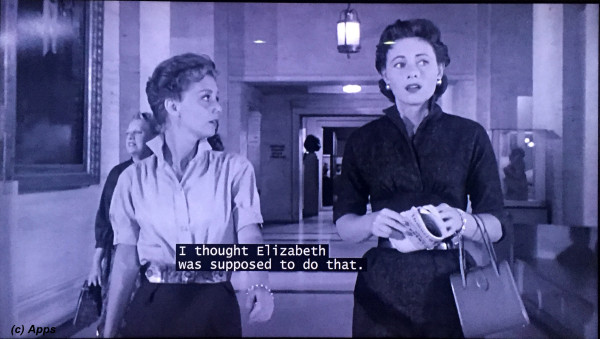 3) Lizzie marked the beginning of the career for Johnny Mathis - American popular musician and jazz singer. He sings two songs in the film - "It's Not for Me to Say" and "Warm and Tender". Here is the video for one song:

It's Not for Me to Say: This is the album version of the song rather than movie version

4) The director Hugo Haas also has a role for himself in the film. He portrays as Walter Brenner - neighbor to Aunt Morgan. 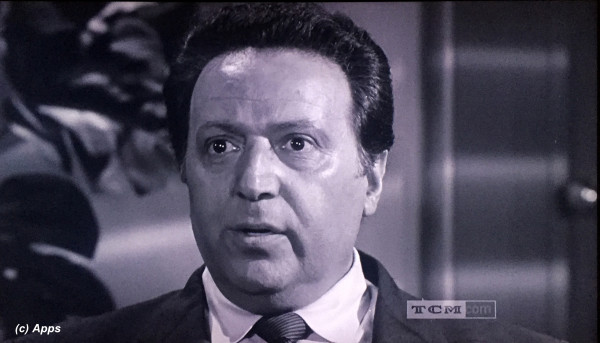 5) Aunt Morgan always wanted to have a Pearl Stomacher and I wondered what it was and googled it prompto. An interesting piece of jewelry it is - a decorated triangular panel that fills in the front opening of a woman's gown or bodice sometimes filled with pearls and other precious metals sewn in. Some examples can be seen in the images here and more about it can be found here. I wonder if the fashion would come back for this, since it looks such an interesting piece of work on a female attire.

6) Dr. Wright refers to Elizabeth's personality as a Multiple or Disintegrated Personality Disorder in the film.
7) According to IMDB, Aunt Morgan's front-loading washing machine that she has in the kitchen is a Bendix model "S", circa 1947 - one of the first home front-loaders sold after WWII 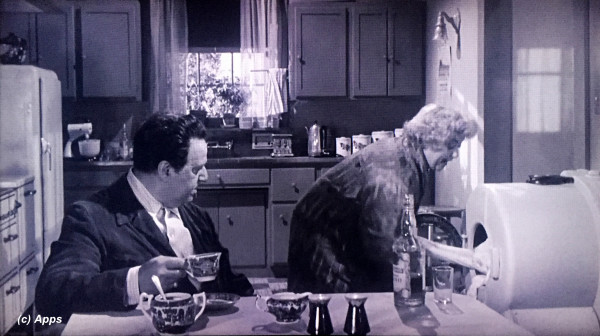 8) Filming Errors:
a. Check the skirt of Aunt Morgan. In the first picture it is spread out on the arm of the chair. In the second picture it miraculously disappears under her thigh without her moving a single muscle between the two scenes. 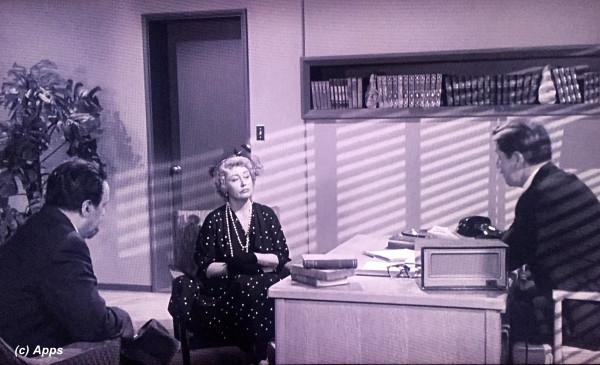 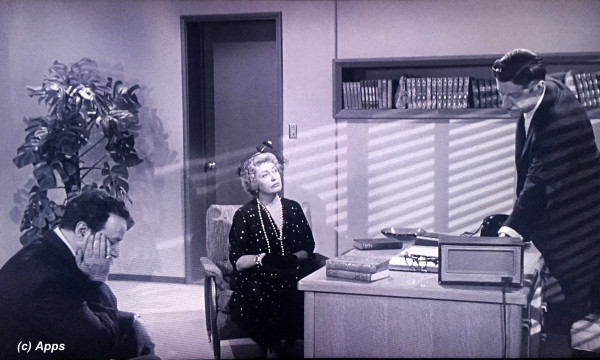