Stars:  4 / 5
Recommendation: Comedy, Fun and the added advantage of seeing a mystery solved - all packaged in one film. 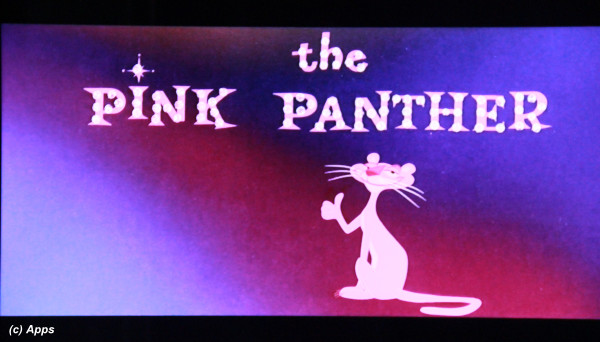 As a child Princess Dala was given a large pink diamond by her father, The Maharajah, who called it as Pink Panther because of a small flaw that resembled a leaping panther. 20 years later an adult Princess Dala (portrayed by Claudia Cardinale) is vacationing at an exclusive ski resort in Cortina d'Ampezzo - a small town in the southern Alps. In the same resort are also staying Sir Charles Lytton (portrayed by David Niven), his unexpected guest George Lytton (portrayed by Robert Wagner) - Sir Charles' nephew, Inspector Jacques Clouseau (portrayed by Peter Sellers) and his wife Simone (portrayed by French actress Capucine). Sir Charles is a playboy and has his eye for Princess Dala. And so does George who wants to seduce an older woman.

In the meanwhile a bumbling, fumbling and more than often stumbling Inspector Clouseau has no clue who the famed Jewel Thief named "The Phantom" was and who was his accomplice. His investigation leads him to this ski resort as the rumor of Pink Panther being held there solidifies. He plans on capturing the Jewel Thief when he is about to steal the diamond. Will Inspector Clouseau outwit The Phantom? Will Sir Charles win over Princess Dala eventually? Will George seduce Simone? Who steals The Pink Panther? An amusing ride we get as the mystery unfolds in a very rather entertaining and funny way.

The opening credits actually use The Pink Panther cartoon keeping the theme in synch. I liked that a lot. Check it out here:

I have seen the 2006 version of this movie with Steve Martin which I thought it was funny enough. However, this first version I loved it better. A few elaborate scenes that felt unnecessary but still were funny enough to bear. A thoroughly entertaining movie that brightens up your mood anytime.

1) Per Wiki: According to the DVD commentary by Blake Edwards, the chase scene at the piazza (filmed at Piazza della Repubblica in Rocca di Papa) was an homage to a similar sequence 26 minutes into Alfred Hitchcock's Foreign Correspondent (1940). Another film that I would definitely add to my list to watch.

Scene from The Pink Panther:

And the one from Foreign Correspondent

2) Although the movie was supposed to be a jumping board for David Niven, Peter Sellers stole the show as Inspector Jacques Clouseau causing the director Blake Edwards to create the future sequels with Sellers as the key character.

3) I always remember Robert Wagner as the famous Jonathan Hart in the 1970s-80s American TV mystery series Hart to Hart and later as Anthony Dinozzo Sr. on the CBS TV series NCIS. This movie however shows a very rather young Wagner - charming and attractive as always.