For all posts regarding the TV series Columbo, go here

Stars: 5 / 5
Recommendation: A crime drama that is based on "how to catch them" than "who done it" making it more interesting and exciting to watch.

Prescription: Murder is the first of the Pilot episodes of the American Television police-drama series Columbo that starred Peter Falk in the title role and first aired on February 20th 1968. 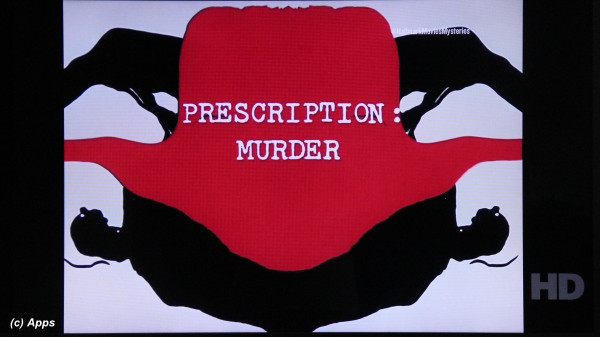 Columbo is a homicide detective with Los Angeles Police Department. Each episode is movie-length in this series. The show had aired on NBC during 1971 thru 1978 as one of the rotating programs of The NBC Mystery Movie and later on ABC from 1989 thru 2003 less frequently. The beauty of the series was that the viewer already knows who is the murderer, how the murder happened and why. But it's how Columbo unravels the crime and traps the killer is the charm that attracts the viewer. This is by far my favorite detective series as I personally feel that Columbo had set a new bar for police detection and for the law to curb the crime.

Although a myriad of actors had portrayed Columbo prior to Peter Falk, he has immortalized the character - with the famous rumpled beige raincoat, his cigar, his knack to forget things, his persistent nature annoying the killers, his immense ability to trap the killer cleverly and above all the famous saying "just one more thing". You know you are seeing the killer if Columbo ends the conversation with that person in that phrase. Typically Columbo appears on the screen almost after 30 to 40 minutes into the episode and then he goes on to solve the crime and shows the viewer how to catch thekillers. 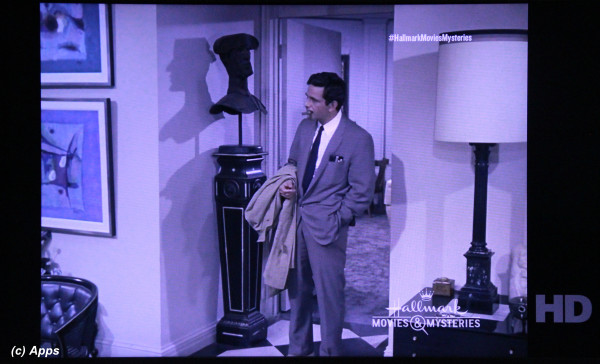 As perfect as Ray plans his wife's murder, Columbo finds subtle idiosyncrasies that perhaps another detective would have overlooked. And these minor ones in the end become the noose around Ray's neck.

William Windom portrays the role of Burt Gordon, a prosecutor as well as friends with the Flemmings. I remember him as Dr. Seth Hazlitt on the CBS series Murder, She Wrote. 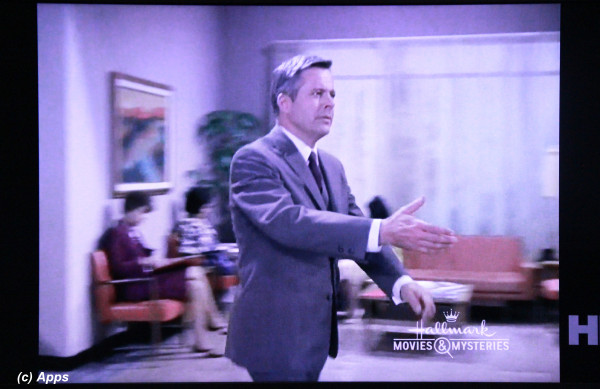 A typical cat and mouse chase, and here with a psychiatrist involved, the chase becomes as intense. With that Columbo set a bar so high that the modern crime series on TV still look back to his methods when needed. A series and an episode that always charms you.

Spoiler Alerts:
1) Lieutenant Columbo has no first name. A unique feature for any character that I have come across.
2) The series talks about a Mrs. Columbo in the form of dialogues and scenes with phone or background. But one never gets to see Mrs. Columbo for real.
3) This episode was first adapted for a stage play in 1962 that performed first at Curran Theater in SFO with Thomas Mitchell in the role of Columbo.
4) Columbo's wardrobe were personal clothing of Peter Falk -  his own clothes, including the high-topped shoes and the shabby raincoat, which made its first appearance in Prescription: Murder.
5) The series also was written and directed by myriad of people like Steven Spielberg, Jonathan Demme, Ben Gazzara and Patrick McGoohan.
6) Columbo also has a signature song "This Old Man" - a children's song - that he hums frequently through the series. And in some episodes he hums "Clementine".
7) Columbo also has a dog that he calls "Dog" as he and his wife had never agreed upon a name.
8) A statue of Lieutenant Columbo and his dog was unveiled in 2014 on Miksa Falk Street in Budapest, Hungary.
9) The entire series Columbo reminds me of the 1989 Indian TV serial titled Saboot ( = Proof). Each episode is similar to how Columbo is themed - viewer would already know who is the murderer and how it was done. In comes the CBI Officer and Chief of Homicide Inspector KC (portrayed by Anita Kanwar - famed at that point of time for her role in another TV Seried Buniyaad) who investigates to prove how it was done, who had done it and why. More about that series here. Unfortunately I couldn’t find any episodes online except this one. I wish I could find more of this series somewhere, it had been a wonderful series to watch as a kid.