Continuing with the critiques I started in 2015, here is the next in series – a movie review.
Prologue: Go here

Stars:  5 / 5
Recommendation: Sixteen Years or Sixteen Hundred Years, this movie will still bring out that romantic in you and make you love it all over again and again and again However, I am not here to talk about the plot or the story cause after 16 years of it being watched by millions of viewers and with melodious songs, that would be on everyone's lips by now. This post is to honor and recognize this beautiful movie that talks about friendships, love and the matters of heart that touch one and make mushy and weak in a very good way.

Prior to this movie, Karan Johar had acted in the 1995 blockbuster hit Dilwale Dulhania Le Jayenge ( = The Big-Hearted Will Take Away the Bride) aka DDLJ - which was incidentally directorial debut of his cousin Aditya Chopra. I haven't reviewed on this movie but have had watched it enormous time though. And DDLJ completes 21 years on October 20 2016 since it has been released. However, back to the movie in question for this review, Karan Johar ventured onto directing his own movie with this one that went on to garner him many many awards including the Filmfare Awards that year. This was third film to win the four major awards (Best Film, Best Director, Best Actor and Best Actress) at Filmfare at that time - the other two being the 1966 blockbuster hit Guide and 1995 hit Dilwale Dulhania Le Jayenge. Although at present time, two other movies add this lineage - 2002 hit romantic drama film Devdas (starring SRK, Madhuri Dixit and Aishwarya Rai-Bacchchan) and 2005 hit family-drama Black (starring Amitabh Bachchan and Rani Mukherjee).

Karan Johar had mentioned in several of his interviews that he had two different stories that he had shelved a long time ago, but then he merged them to make the plot for this movie. I am glad he merged them, cause individually both the plots would have been a flop or retired to a low-appealing movie rather than becoming a blockbuster when combined. The merging of the plots also created a spin on East meets West, added challenges involving personal choices and honoring last wishes of one's parents. The movie also shows an easy-going campus where there is less hazing and more camaraderie, onset of Hinglish (Hindi + English being spoken together in the same sentence), colorful clothing sporting brands from west and stressing on the values of being a Hindu even though one might have been educated West. According to Karan Johar he had made the set for the movie that looks similar to Riverdale High School of the Archie Comics. And true to that the first half of the movie is so similar to the characters from Archie Comics too - Rahul is Archie, Tina is Veronica and Kajol is Bettie.
SRK had taken a really big shot with playing the role of a father of an eight-year old daughter and a widower in this film. It could have gone south too since I deviated from his college-lover boy roles here. Yet it only enhanced his presence in the Indian film world much stronger than before. This was Rani Mukherji's third Hindi film and second hit boosting her career which definitely sky rocketed from here. Neelam Kothari as a guest appearance as well in the movie as herself - Neelam - who is the host of a television program titles The Neelam Show. Karan Johar ties in the show and its interest into the plot very neatly. Transformation of the character Anjali is so totally contrasting between both halves of the movie - one would never believe one is the same as the other.

Anjali in first half Anjali in the second half 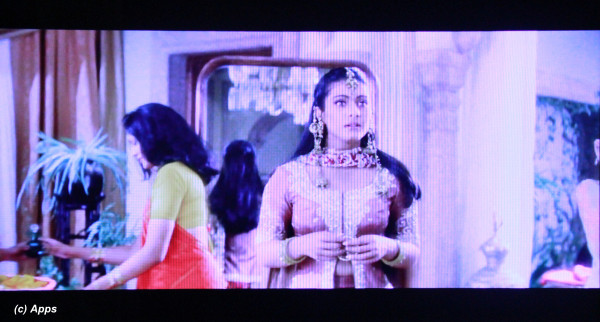 Apart from the romance, uber college lifestyle and immense values of being an Indian , the movie also shows subtle humor and seriousness side-by-side in there - the flirting of Ms. Briganza (portrayed by Archana Puran Singh) with principal Malhotra (portrayed by Anupam Kher), the silent Sikh boy (portrayed by Parzaan Dastur) who only speaks one line towards the end of the movie and the emotional support that Anjali recieves in the form of Rifat Bi - her hostel matron (portrayed by Himani Shivpuri). All of these add more to the plot as it moves on than overwhelming it, so much so that some of the dialogues are memorable and have become immortal now.

The film was shot in various locations in India, Mauritius and Scotland. Perhaps this was the movie that has put visiting Scotland as one of the places to go to in my bucket list. :). The soundtrack of the movie was the biggest seller than and is still is much loved and most heard. Music was composed by Jatin-Lalit, Lyrics were penned by Sameer and Sung by myriad of singers - Alka Yagnik, Udit Narayan, Kavita Krishnamurthy, Shankar Mahadevan, Kumar Sanu and Manpreet Akhtar.

But my favorite of all has been the sad-happy melody "Tujhe Yaad Na Meri Aaye" Sung by Alka Yagnik, Manpreet Akhtar and Udit Narayan where one loses her love and freindship while two find both - something that is so hard to depict yet shown so beautifully without any kind of negative feelings around it. One of the choreographers who worked under Farah Khan, Geeta Kapoor, is the lead dancer of the banjarans in this song.

I always loved this scene when Anjali and Rahul reunite again and the first thing that comes out of Rahul's mouth is "Hi, saadi?". That shows how much shock and surprise Rahul gets after seeing Anjali that the only thing he can think of his her attire. Karan Johar is said to have secretly taped this scene when he had asked SRK and Kajol to improvise the scene and rehearse it. And he ended up using the rehearsal for the movie rather than what was scripted. Goes to show how much SRK and Kajol lived as Rahul and Anjali rather than themselves. No wonder we don’t see them but Rahul and Anjali.

The cinematography, setting the scenes, explaining volumes with just a few emotions, the sets, costumes, comedy with an underlying hint of sadness, timing of the comedy, romance and friendship - all add to the success of the film. A few samples below. 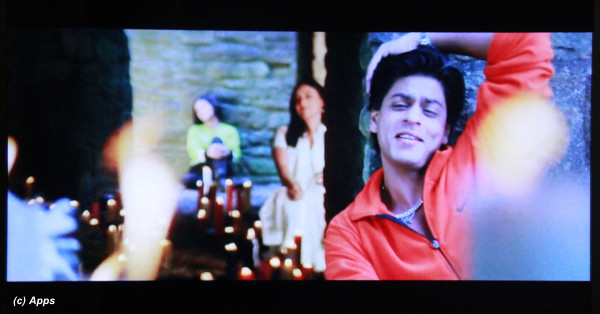 With all that said above, I am only attesting to the fact that this was indeed another Indian fairy tale well spun by director Karan Johar and well-played by every single character. Like any fairy tale, I do see some flaws, albeit very few - an eight-year old girl is shown to have so much maturity that she understands love and friendship in that depth; prayers are shown to answer some questions when in reality that doesn’t always happen, a girl waiting for her first love to come back despite time passes away - sounded silly for me back then too and even now. Yet, it's a fairy tale and what can I say - all is fair in the game of love and war. And the fairy tale definitely leaves you wrenched emotionally in good way and sad way. Be prepared to keep some much needed tissues beside you while watching this one.

Sixteen Years or Sixteen Hundred Years, this movie will still bring out that romantic in you and make you love it all over again and again and again. A true masterpiece and cult classic by Karan Johar.
Spoiler Alerts:
1) Reviews of DDLJ, Guide and Devdas are still in my list to post. Perhaps I will post with this blog theme. Along these lines I have Dil To Pagal Hai and Kabhie Khushi Kabhie Gham also in my list to write a review.
2) Kal Ho Na Ho director Nikhil Advani makes  a guest appearance in 'The Neelam Show'. He is the guy who pleads his girlfriend to leave him because he has found a new girl, who is played by Farah Khan - the choreographer for the movie. He is the assistant director for this film as well. Farah Khan also is seen here as his new girl friend. 3) Farah Khan and Manish Malhotra - costume designer for the film - had a cameo in the movie. They were a part of the people laughing at Kajol when she walks upto Shah Rukh Khan in the hideous orange- pink dress. 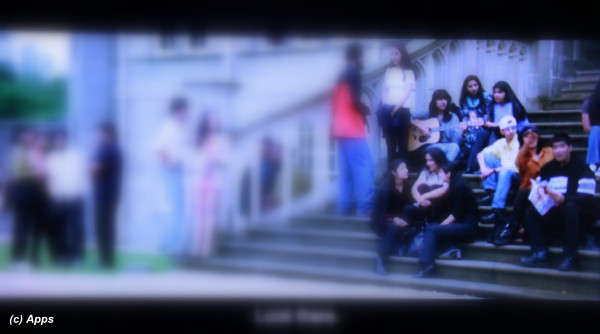 4) Farah Khan and Nikhil Advani are also seen leaving a building in the beginning of the movie arguing over something. 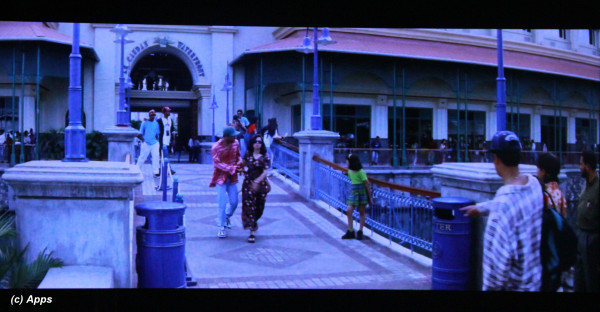 5) SRK is once again given the credit for Thrills in this film. Another film I remember seeing that was Kabhi Alvida Na Kehna (My review of that movie is here). I wonder what is the nature behind "Thrills" mean and also if SRK has been credited the same in other movies too.
Update 3/28/2020: After a quick google search I came to understand that "Thrills" meaning SRK directed his own action and stunt scenes, more like he was the action director for the movies he was credited for. I heard that he did that for more than these two films I mentioned here. 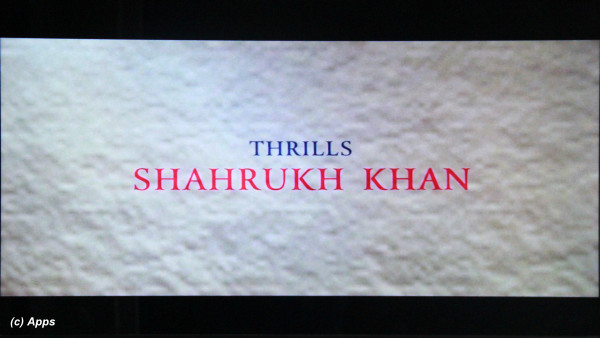 6) Who is this lady who portrayed the role of the OB/GYN for Rani Mukherjee in the film? She looks so familiar yet I could not place her name nor I could find a reference to her in the cast list for the movie. 7) This particular scene has so many clocks in Anjali's bedroom and I don’t think anyone would want so many clocks in one room (9 to be precise). Reminded me of that song which had so many windows in it - Pal Bhar Ke Liye Koi Hamein Pyar Kar Le from 1970 hit Hindi film Johnny Mera Naam - a total 33 windows , doors and blinds are seen here. I had posted about it here. 8) Check Kajol's hair in the first half of the movie. Such a marvel of the make-up artist to hide all of her luxurious hair under the short wig and also to make it look natural. 9) Rahul says he can only live one life, die only once, marry only once and love also happens only once, not again and again. Yet he never stops playing basketball that he used to play with his best friend Anjali at college and also emulates the same signatory peace gesture between friends that Anjali and he had used and now uses with his daughter Anjali. 10) Before the college competition song starts in the film, Principal Malhotra wrongly presses the button of a different tape and the song "Tum To Tehre Pardesi" starts playing. This was from the singer, Altaf Raja's debut album that went on to become a super hit. Altaf Raja is known for his nasal style of singing and as a well-known Qawwali singer too.

11) The red chunni that Anjali gives to Tina when she leaves for good in the railway station scene, is seen carried through the rest of the movie, symbolizing her love for Rahul. First at the train station when Anjali is leaving college, Rahul and Tina for good. Aman using the red chunni in the engagement dance song.

Rahul gives back the same chunni to Anjali when she is leaving the summer camp with Aman, that same one that Anjali had given to Tina eight years ago 12) Karan  Johar thanks Jugal Hansraj at the end of the movie. I never understood why until I read this wiki entry: Hansraj gave close friend and director Karan Johar the tune and the lyrics of the first eight lines of the title song of Kuch Kuch Hota Hai during a night out in a Mumbai restaurant. The song went on to become a huge hit and remains, to this day, one of the most popular Hindi romantic songs ever. 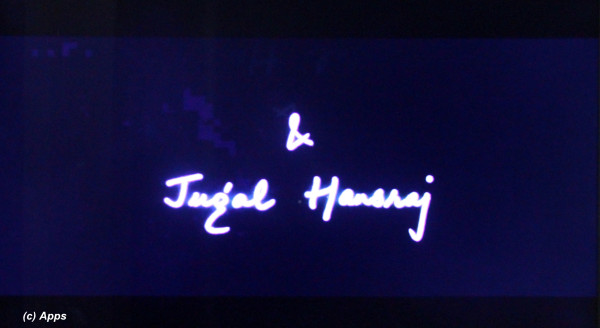