Stars:  3.5 / 5
Recommendation: Murder, mystery, revenge, romance along with the drama of a court room - all mixed in one package to make a leisurely entertainment to the viewer.

Dhund ( = Fog) is a 1973 Hindi thriller produced and directed by B.R. Chopra and starring Sanjay Khan, Zeenat Aman, Navin Nischol and Danny Denzongpa in the lead roles. The film is based on Agatha Christie's play The Unexpected Guest - which was novelized by Charles Osbourne in 1999. (Check my review of it here) 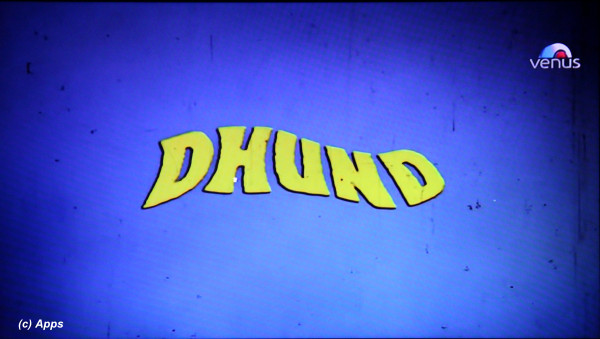 On a foggy night Chandrashekhar (portrayed by Navin Nischol) walks into a nearby house to get help as his car hits a tree near to where the house was situated. He finds the dead body of Thakur Ranjit Singh (portrayed by Danny Denzongpa) in a wheelchair and Rani Ranjit Singh (portrayed by Zeenat Aman) is holding a gun in her hand. Rani tells Chandrashekhar that the dead man was her husband and that she had murdered him. Upon his pressure, she reveals how cruel Ranjit Singh was and Chandrashekhar stays to help her cover the crime so she doesn’t get caught, as it was an accidental death. However when the police investigation starts it goes totally in a different direction than what Chandrashekhar or Rani expected. Without their intention their cover-up ends up putting Advocate Suresh Saxena (portrayed by Sanjay Khan) as the prime suspect - who is also the secret lover of Rani. Who has killed Thakur Ranjit Singh for real? Was Rani really the murderer? How does Chandrashekhar happen to be at that same time in that house? Why is Chandrashekhar going all the way to help Rani? What is his hidden motive? What had caused Thakur to become so cruel? The plot continues with putting the viewer into a web of suspense and mystery, gluing them to their chairs, while the story unravels to answer all the questions.

Ashok Kumar, Madan Puri and Jagdish Raj have very important key roles in the film. Although I don’t remember reading any court scene in the book. The director perhaps added it to the movie to create an extension that otherwise is just implied in the story. Also the role of Banke Lal (portrayed by Deven Verma) - butler to Ranjit - is made a bit more comical than calculated as how the play portrays of Henry Angell. Several characters have extended scenes and additional characters are seen too.

The Music is composed by Ravi and Lyrics were penned by Sahir Ludhianvi. Playback Singing provided by Asha Bhosle, Mahendra Kapoor, Manna Dey and Usha Mangeshkar. The movie comes with somewhat good music but not memorable except for the songs "Sansar Ki Har Shae" on the opening credits sung by Mahendra Kappor and "Uljhan Suljhe Na Rasta Sujhe Na" Sung by Asha Bhosle

Although the book had left me with the crave for chase and thrill that wasn’t there, the movie was a bit better. Perhaps the extended scene of the court room added more meat to the hidden text of the play. Not sure if it was a hit back then, but watching on the small screen definitely kept me interesting to see how the case would be solved. It was also such a pleasure to watch a movie that had so much of Hindi and Urdu in it rather than the mixed language that we see now-a-days - more of English and less of Hindi. All in all not a bad movie that was well-made showing all the aspects of an Agatha Christie mystery.

Spoiler Alerts:
1) Sanjay Khan's name appears as Sanjay in the opening credits.
2) Note that in the first scene when Rani points out the room in which the locker with the money is in, you can see a picture frame against the door. But the very next scene when Chandrashekhar walks to the door, there is no picture frame. I wonder how it disappeared. :P 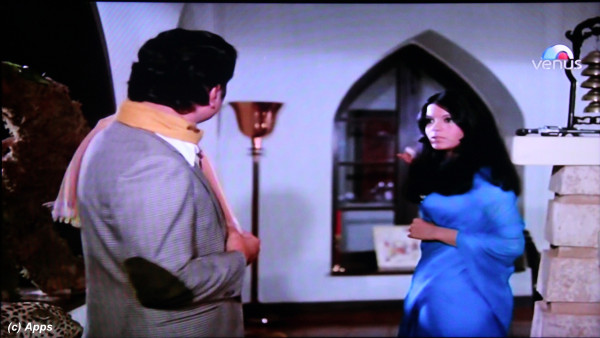 3) The end credits left a message not to reveal the plot to anyone. :)