Stars:  5 / 5
Recommendation: Craving for a family drama filled with emotions, humor and that touch of dark shade of humanity. Then this is what you have to watch. 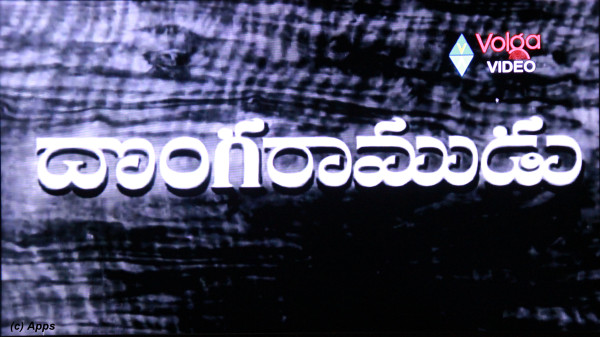 This was also the first movie for the production house Annapurna Pictures (P) Ltd and established the production house as a top one. Not only being a blockbuster for that period, the movie is now archived in the curriculum of the Film and Television Institute of India, Pune for its excellence in filmmaking. This post is dedicated to a friend who is an ardent fan of the veteran South Indian actress Savitri. :) I remember that while watching the movie, he could not control his anxiety and forwarded to the next scenes - especially those that Savitri was in dire situations - and then rewinded so we could all watch again. I probably watched this movie more than once at the same time - if that even makes sense to you. :P Yet, thoroughly enjoyed it.

The basic plot revolves around Ramudu (portrayed by ANR) and his sister Lakshmi (portrayed by Jamuna). As a child Ramudu is famous for telling lies, doing petty thieveries, and small scale gambling - all to take care of his sister and his mother. Their mother Subbamma (portrayed by Hemalatha) has a wak heart and dies of heart-attack when Ramudu gets arrested for pick-pocketing in the attempt to get money for his mother's medicines. Their school teacher, Mastaru, (portrayed by Vangara Venkata Subbaiah) takes Lakshmi into an orphanage while Ramudu is put in jail as a child criminal (juvenile delinquent). Ramudu gets released from jail as an adult but when he comes to know that his mom had died and sister is in an orphanage the details of which no one knows, dejected he goes back to city for a job. He lands a job as a servant to the local money lender, Veerabhadraiah’s (portrayed by Relangi Venkata Ramaiah). He eventually gets reunited with his sister Lakshmi. However his passion to get everything what his sister wants lands him into troubles more than he could imagine.

As the plot proceeds, we get introduced to Savitri - who becomes Ramudu's lead heroine Seeta - Jaggaiah - who becomes the lead actor Dr.Mohan for Jamuna - and Rajanala Nageswara Rao - who is the anti-hero Babulu and covets to have Seeta for himself. The story continues with all these give lives intertwined, pushing and pulling them through the whirlpool of human emotions and actions.

Finger flute Donga Ramudu garu - The nickname that his teacher gives me for a young Ramudu for his nature to tell tales, do ill-deeds and also do minor thievery, also to keep playing the harmonica. The narration through the story in the background is given by Jaggaiah at key places in the story. Suryakantam, Allu Ramalingaiah and Relangi are all equal aged to ANR, Savitri, Jaggiah and Jamuna. Yet they portray the roles of older men and women seamlessly. The movie created several catchy phrases that even live today. For instance, usage of "gas" meaning speaking nonsense; dialogue by R. Nageswara Rao "Babulu gaadi debba ante Golconda abba anali"; have become quite famous.

Every character had played their part to the T, with the timing of comedy, romance and thrills perfectly tuned. The movie also has a memorable Sound Track composed by Pendyala Nageshwara Rao and Sung by Ghantasala, Jikki and P. Susheela. Lyrics were all penned by Samudrala Raghavacharya. Popular songs being - Chigurakulalo Chilakamma Chinnamata Vinaravayya, Bhale Tatha Mana Bapuji Balala Tatha Bapuji, Anuragamu Virisena O Re Raja and Raroyi Maa Intiki Maatunnadi Manchi Maatunnadi.

The movies of that era shows so much reality to the scenes or characters. For instance a poor class family is shown exactly how they live. This is so not in the movie industry now. Even a poor class family can afford amenities that are way beyond their paychecks. Perhaps the black and white picturing made it easier to depict the poorness or richness of the character aptly. Yet, I feel that difference very stark as the era of films progress.

The story of a brother who goes to any extent to fulfill the dreams of his sister is pictured beautifully. However, how one's actions change life's course or face repercussions are also depicted. A well-made movie with human morals and ethics blended in with romance, humor and a dash of mystery.  Every minute entertaining and enjoyable yet striking a chord that resonates deep inside one's heart and mind.

1) This film was remade in Tamil (another South Indian Language) as Thiruttu Raman around the same time. Couldn’t find much about this on Wiki but only few songs on You Tube. Savitri and ANR retained their roles. The sound track had the same tunes and singers as the Telugu version, but Lyrics were penned by two different lyricists - Kannadasan and Kanaga Surabhi.
2) Per Wiki: The story plot was based on the American short story Loving Brothers that the Producer D. Madhusudhana Rao recollected reading it in an anthology. Although I could not find any story of this title so far in my searches.
3) ANR is shown smoking a cigarette but in real-life he never smoke nor drank even socially. 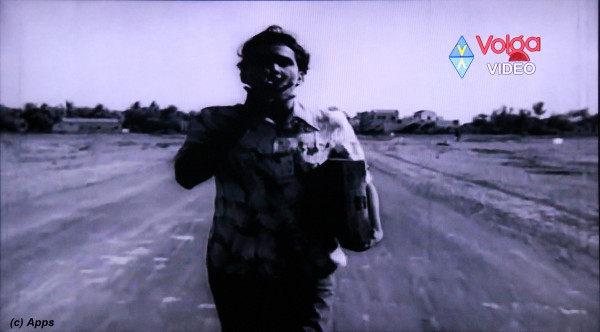 4) Suryakantam for a change has a very softer role as Relangi's wife. 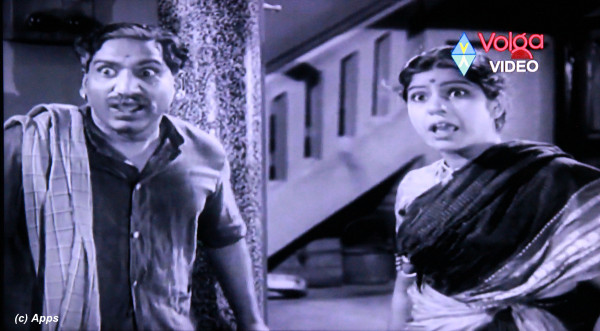