Stars: 4 / 5
Recommendation: A court room drama that not only entertains you but also gets you justice - so far.

Season 13 of NCIS - hit CBS series NCIS based on a fictional team of special agents working for Naval Criminal Intelligence Service (NCIS) investigating crimes involving U.S. Navy and Marine Corps from Washington, D.C. location - saw us Special Agent Anthony Dinozzo leaving the show. Michael Weatherly who played this role had been on from the first episode on that show. And he had made the character Tony Dinozzo his alter-ego so perfectly that when his new show Bull was announced, I wasn’t sure if I would like it or not. Well, here is my take on the new CBS show Bull.

Bull is a TV show on CBS network that premiered on September 20, 2016 starring Michael Weatherly. The show is a comedy-drama based on the early days of the talk show host Phil McGraw when he was a trial consultant. I am not a huge fan of Phil McGraw, especially his egotistic show Dr. Phil. However, for the sake of Michael Weatherly I watched this show. The plot revolves around the employees of Trial Analysis Corporation - a jury consulting firm - headed by Dr. Jason Bull, a psychologist and "trial science" expert. The expertise of this firm and Bull is to select the right juror for his clients and also to use the type of arguments that will win jurors on his client's side.

Although the show is based on early life of Dr. Phil, they are set in current era with all kinds of modern technology and equipment. I wonder if any of the cases had any bearing on the real cases that Dr. Phil had been part of back then. The first episode opens with the public opinion that how rich and influential people manipulate the law and justice to their benefit. How true is this quote by one of the persons "Rich People don’t play by the same rules".

The opening credits aren't show until after the first break and they aren't very dramatic either. Very simple and plain making us to focus more on the star cast rather than their actual names. Interesting theme. Also a lot of the story plot around the victims and the culprits are shown as bits and pieces if news and social media entries and pictures overlapping the actual scene. That is a different kind of depiction that I didn’t see in many TV shows either.

Michael Weatherly is introduced rather in a very simple way than a big bang. Low-key perhaps is the key to get him noticed. :P 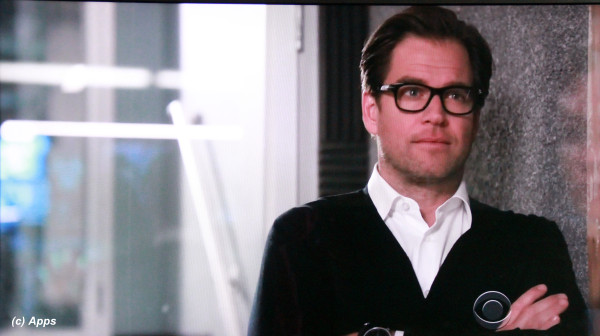 The first episode has been really interesting and ended well. Made me happy that Bull not only got the suspect acquitted but also caught the actual culprit of the crime. I would definitely watch the remaining series and hope this gets renewed. Not because of Dr. Phil but just for the sake of watching Michael Weatherly on the small screen. :)

1) NCIS had Gibb's Rules all the time. Michael perhaps couldn’t get out of Tony's characters cause he has Bull's Rules for his character Dr. Jason Bull. And the way he asks "How do I get invited to a high school party?" reminds me of Tony too.

2) Frederick Weller portrays the role of Pete Peters - the father of Brandon Peters the suspect. But I remember him as Deputy U.S. Marshall Marshall Mann from USA TV show In Plain Sight. (The left-most guy in the pic). 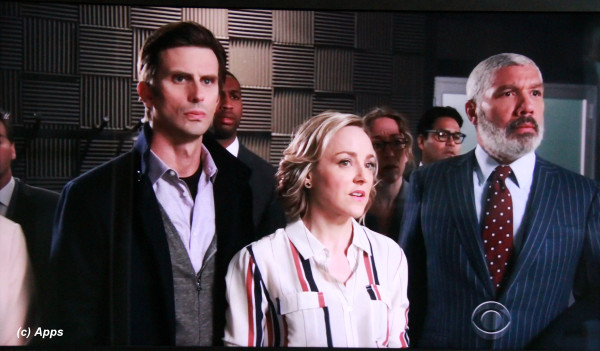