A few years ago I had posted about a 2009 hit Indian Telugu movie Arundhati ( = Name of a girl, also means fidelity and to restrain) and had mentioned a dance sequence that was an exact copy of a scene from the 2004 Chinese Martial Hero (Wuxia) Romantic film House of Flying Daggers. Recently I saw that movie being played on television that reminded me that old post that I did some 6 years ago. Well, here's the review of the Chinese film now.

The film directed by Zhang Yimou and stars Andy Lau, Zhang Ziyi and Takeshi Kaneshiro, the plot leaning more towards a love story than a complete martial arts one as the theme is based on a story that tells about a beautiful girl who brings woe to two men. Director also uses strong color scheme that blows your mind. It did for me on the small screen itself I wonder how it was on a big screen. 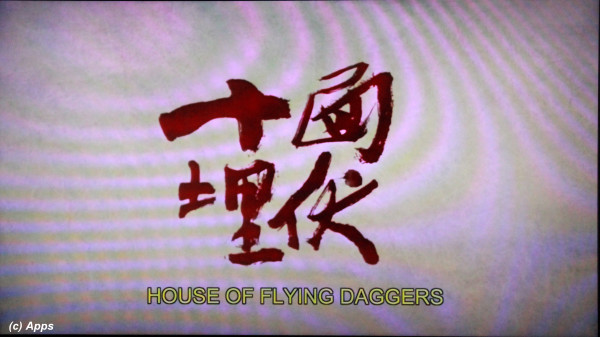 The plot is set in AD 859 when the Tsang dynasty declines and number of rebel groups rise, the largest of which being the House of Flying Daggers. They steal from rich and help the poor but are feared at hated by the local deputies. The local police had successfully killed the old leader of the House of Flying Daggers, Now, Jin and Leo - two officers and best friends - are given 10 days to apprehend and kill the new leader. They get wind of a new girl in the Peony Pavilion - a house of entertainment - who is bling but their top showgirl. Her name is Mei. Jin goes undercover to apprehend her but gets arrested by Leo as he tries to assault on Mei. Leo also want to arrest Mei but the Madam convinces him of her rare skills. Leo asks her to perform the Echo Game and if she did he would let her go. At the end of the amazing dance, Mei tries to kill Leo by snatching his sword, but Leo escapes ensuing a fierce sword fight between Mei and Leo resulting in the arrest of Mei. She is identified as one of the member of the House of Flying Daggers. Their interrogation of her to find who the new leader is where can he be found fails. So Jin and Leo device a plan. Later that night Jin attacks the jail, pretending to be a rebel sympathizer and frees her. Mei trusting him, takes Jin along with her to the headquarters of the House of Flying Daggers not knowing that Leo is following them closely.

Now the meat of the plot begins. Who is Jin? Why did he rescue Mei? Is he falling for her beauty for real or acting the part that Leo set for him? Who is the new leader of House of Flying Daggers? Who and what is Mei's past? Where does Leo fit in all this? The beauty of knowing the answers is for you to watch the movie and appreciate it.
The sword fight in the forest show superior skills on part of Mei as well as breathtaking with the scenery around. And the following fight in the field of flowers is amazing showing both Jin and Mei's skills - almost like a well-choreographed dance. Then the following fight in the Bamboo forest, filled with the luscious color of green - a treat to one's eye. 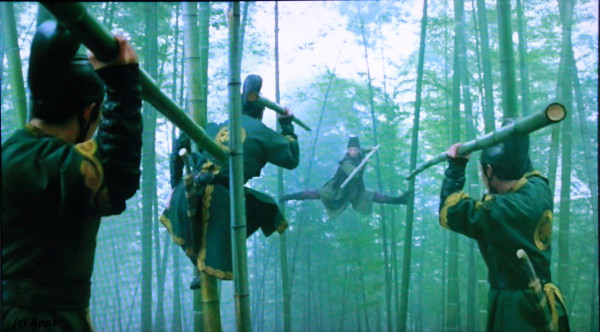 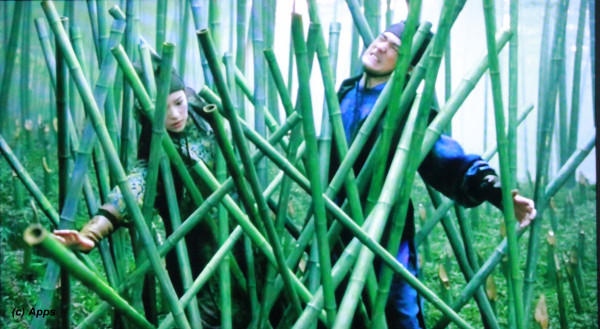 I was disappointed that the dance that I was interested in is depicted in the beginning of the movie itself…yet I enjoyed it thoroughly. Here is the Echo Dance from the movie. But before that check the different stones that are scattered by the Policeman for the girl to dance to the echo. Amazing. 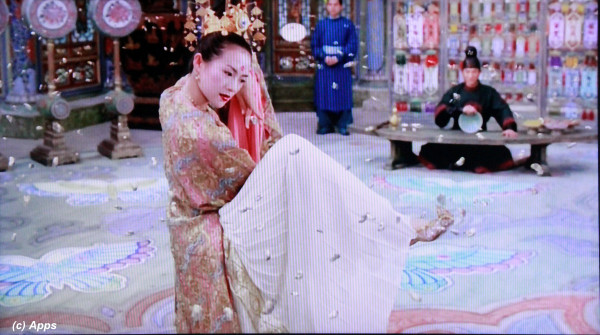 The same thing that Leo has Mei does during the Echo Dance, she repeats it but now the roles are reversed. This time Mei throws the stones and Leo blind-folded hits his daggers where the stone hit the bamboo trees. (Check the video at around 1:15, although this is in English and has music that is much different from in the original movie).

Breathtaking locations, Spectacular colors, Extreme sword and martial art skills almost like a dance, Tinge of romance with the Intrigue of politics constitute the entire plot. 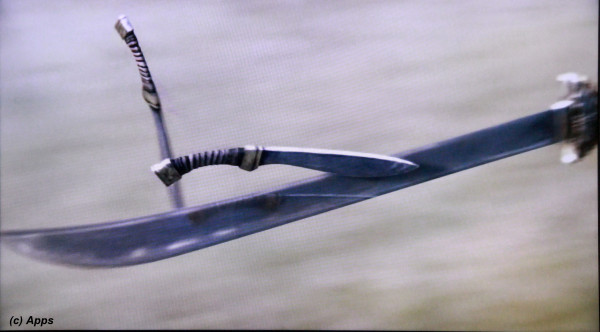 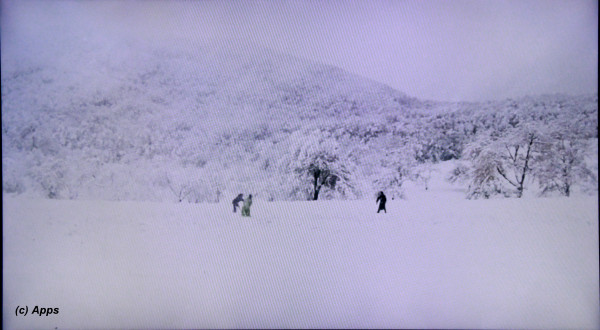 Three soldiers in a battle between the Imperial Palace and the House of Flying Daggers get played like a chessboard between love and war. The mystery remains to the end of the fate of these three soldiers and of the House of Daggers. Well-written well-made movie that I regret having not watched on a big screen.

Go for it if you get a chance and I would say you will enjoy every second of it.
Spoiler Alerts:

1) And here is the link to the review of the song and scene that I had made a long time ago.
2) The costumes are so colorful and bright, I would love to get a few stitched for myself. Some of them that attracted me: 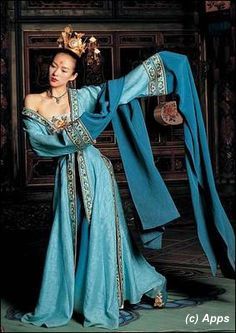 3) The basis of the film is taken from a famous poem written by the Han Dynasty poet Li Yannian. The English translation of the poem per Wiki is:

In the north there is a beauty; surpassing the world, she stands alone.
A glance from her will overthrow a city; another glance will overthrow a nation.
One would rather not know whether it will be a city or a nation that will be overthrown.
As it would be difficult to behold such a beauty again

And closely resembles the first song that Mei dances on. The lead actress Zhang Ziyi provided vocals for this song. Check out the video: