Stars:  4 / 5
Recommendation: A definite pick for those lonely days to fill your time and mind with imagination beyond.

September 1st marked the 37th anniversary of the book The Neverending Story. It is a German fantasy novel by Michael Ende first published in German in 1979 and later its English translation by Ralph Manheim in 1983. In 1984 this book was made into a West German produced English epic fantasy film and was produced by  Bernd Eichinger and Dieter Giessler, directed and co-written by Wolfgang Petersen. This is the first film in the film series too - two sequels were made later. This film adapts the first half of the book and thus the subsequent movies to justify the title. Although the author had not liked the film version and even went on to sue the producers (albeit lost), the movie since has become a super hit. The basic plot is about a boy who reads a magical book that tells a story of a young boy who is to stop the dark storm called Nothing from engulfing the fantasy world. For this day I am posting the review of the movie to mark the special day.

The plot begins with Bastian Balthazar Bux, a 12-year old bibliophile, being harassed by three bullies from his school. To escape them he hides in a bookstore owned by Mr. Coreander who has been interrupted reading a book. When Bastian asks about it, Mr. Coreander advices against it. However Bastian steals the book with a note that he will return it, runs to his school, hides in his school's attic to read it. The book takes Bastian to land of Fantasia that is being invaded by a storm called Nothing that devours everything on its way. When the people seek the aid of their ruler, the Childlike Empress, they find that she is ill. A boy warrior named Atreyu is tasked to find a cure to her sickness and is given a medallion named AURYN that will guide him in the quest. He rides on his horse Artax in search of the cure. Simultaneously a vicous and intelligent wolf-like creature named Gmork is summoned by Nothing to kill Atreyu. Thus the quest begins. Will Atreyu find a cure? Will Gmork attack Atreyu? What is this Nothing? Will the empress get better and fight the Nothing? How does the story in the book tie to the Bastian? Are the two worlds connected somehow? That's what we get to see in the rest of the story.

The author had vivid imaginations about how the people of Fantasia looked like - rock creatures who ate only rock, tiny people, fast running snails, flying pigs, giant turtle almost the size of a small island, a dog-faced dragon called as luckdragon and many others. 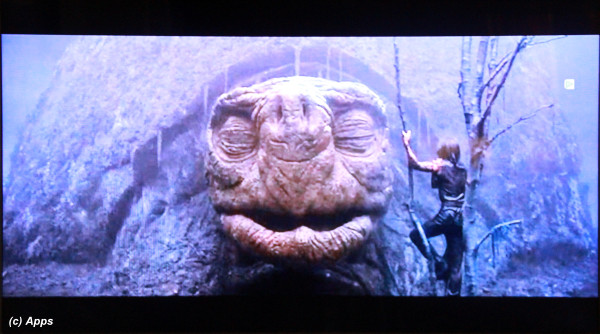 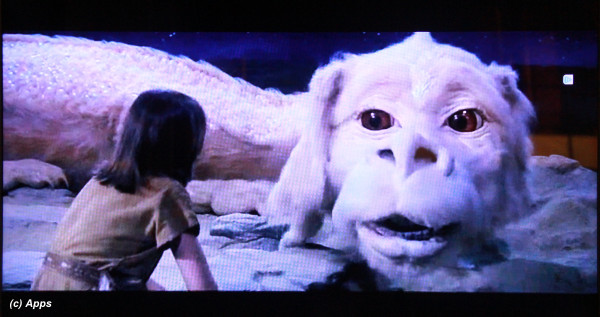 The graphics matching to the author's imagination are excellent, however some look amateurish if compared to current era graphics. Certainly took me into a different world, some a bit more than what I can imagine. Surprised to have such a dark theme underneath all the beautiful surroundings for a children's book. Again, doesn't every story come with a dark inside? Except for the kids speaking in screaming voices, it's a definite pick for those lonely days to fill your time and mind with imagination beyond.

1) The plot of the film and the book reminds me of the recent novels by Chris Colfer. His Land of Stories books (My review on those books: http://inspirethoughts.livejournal.com/tag/land%20of%20stories) also deal with a pair of twins from this world who transport to the Fairy-tale land to save both the worlds from the evil son of the Fairy Godmother.
2) I haven't read the book this movie is based on but I am adding it to my list to read on.
Tags: critique by amateur, movies, reviews
Subscribe