Stars:  3.5 / 5
Recommendation: Missing Godfather but at the same time want only the laughs, well here is the one that will cover all the points.

Shark Tale is a 2004 America animated-comedy film produced by DreamWorks Animation. The basic plot is about a small fish who claims to have killed the son of a Shark mob so he can go up the ladder in his community. 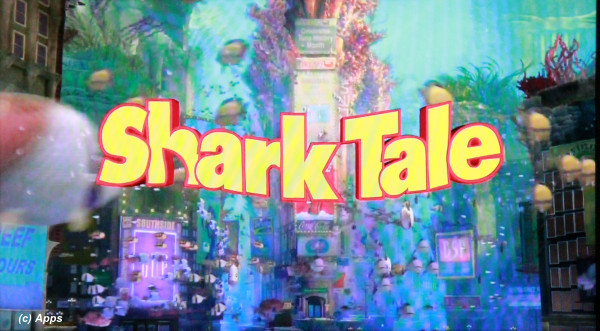 In Reef City, a blue streak cleaning wrasse named Oscar, works as a tongue scrubber at the local Whale Wash - a job he doesn’t particularly like but follows his father's footsteps. But he dreams of becoming big, famous and rich one day - a dream that leads him into sea-horse races and him owing "five thousand clams" to his boss Sykes, a pufferfish. His best friend Angie, an angelfish, loans him her pink pearl that her grandmother had given her for pawning so he could clear off his loan. Instead he bets on a sea-horse named Lucky Day but loses the money putting him under the wrath of Sykes who orders his jellyfish enforcers Ernie and Bernie to dispose him off.

The very same place where Ernie and Bernie are taking Oscar, Frankie - a great white shark and oldest son of the crime lord Don Edward lino - takes his younger brother Lenny - a vegetarian great white shark - to train him into a killer. But Frankie gets killed by an anchor that drops from a passing ship right were Oscar is tied. In an attempt to escape Oscar kicks at the dead shark, which Ernie and Bernie mistake it for Oscar killing the great white shark. Instantly Oscar takes this opportunity to cash on that and goes back to town as a SharkSlayer. This lie gets him to the "top of the reef", Lola - a beautiful lionfish and a opportunist - as a girlfriend, Sykes as a manager and the rich and fame he was always looking for. But, he gets tied up with Lenny who after Frankie being killed didn’t want to go back, and since he is the only one who knows the secret, Oscar keeps him along. And loses his best friend Angie.

The rest of the plot continues how Oscar tries to live the lie, how Don is on the hunt to take the Shark Slayer down, how Lola is ready to show her claws while Angie suffers in pain, how Lenny learns to stand-up to his father, and finally how Oscar comes out with his truth, faces Don and finally turns his life around by quitting to dream but make his dreams come true in the right path.

The first time I watched it I was impressed by the way the film makers mimicked the human world above in the world below under water. The replica of NYC Time Square, replica of a car wash that is dubbed as a Whale Wash, 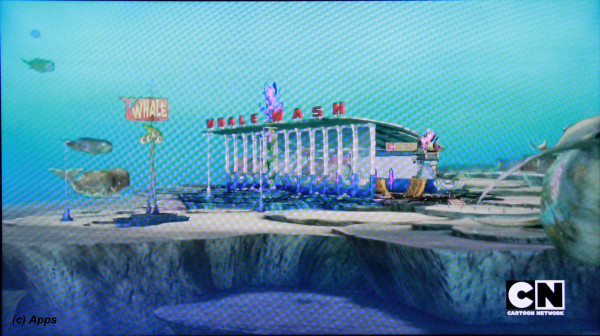 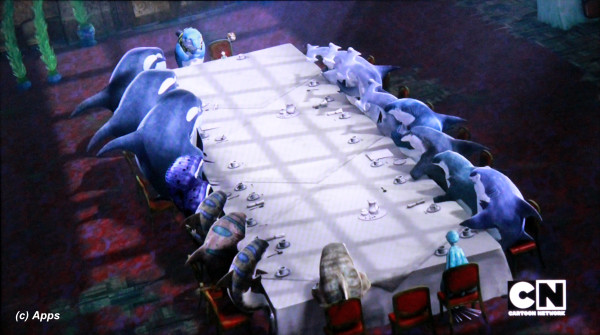 the horse races but performed by sea horses, 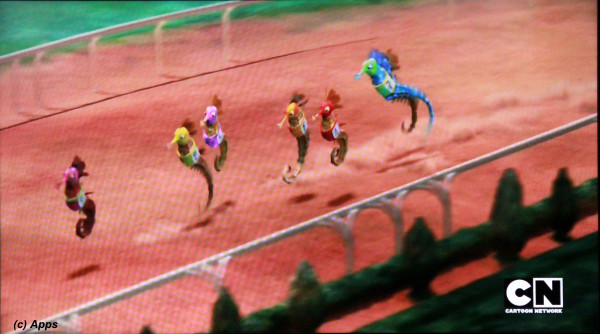 replica of The Projects in Bronx, high-end Manhattan - everything tying it so close to making you feel human even though the movie is under water. Jack Black, Renee Zellweger, Will Smith, Angelina Jolie, Martin Scorsese and Robert Di Niro - A cast as such these can make no mistake in delivering of their roles. The fishes were all created around the actors' faces which made the movie all the more real. References to Godfather is not lost at all. The only negative was the loud mouth of Oscar, but perhaps that was how he needed to be - obnoxious and loud before turning out right.

A very thoroughly enjoyable movie that gives you silly laughs and at the same time hits you on the serious aspects of life.

1) There is a Walk of Starfishes that resembles closely to Hollywood Walk of Fame. 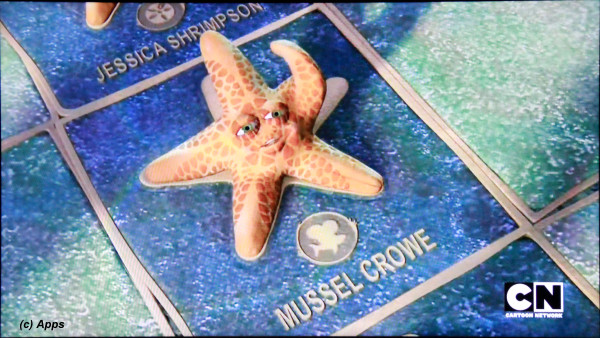 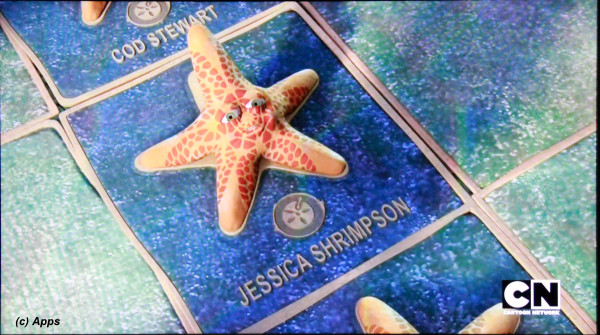 2) The local news reporter, Katie Current, is mimicked after the then Today show host Katie Couric. 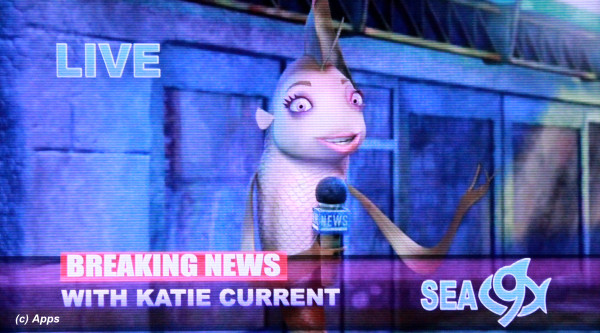 3) All through the movie the signature tune of the movie Jaws plays periodically. I would always get a shudder but in this movie it got me a lot of laughs. :)
4) Peter Falk plays the role of Don Ira Feinberg, an elderly leopard shark and leader of a mob of criminally-inclined leopard sharks. I fondly remember him for his role as Columbo always.
Tags: critique by amateur, movies, reviews
Subscribe