Stars:  5 / 5
Recommendation: If you want fun, laughs, and also learn about integrity and courage, this is the movie to watch for.

Planes is a 2013 American animated sports comedy film produced by Disney Toon Studios and released by Walt Disney Pictures. It's a spin-off from Pixar's Cars franchise. A very distinguished line of actors have provided their voices to the characters in this movie, including my favorite Priyanka Chopra and Brad Garrett. The basic plot is about Dusty Crophopper, a crop duster plane, who want to be part of the Wings Across the Globe race and win it fulfilling his dream of becoming a racer.

This is one of the favorite movies of my nephews so much so that at least one of their birthdays have been themed around Planes. And they are crazy about Dusty and El Chupacabra. This is for them. 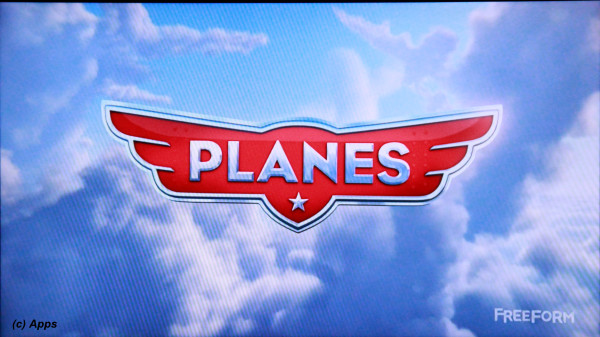 Dust Crophopper, crop duster plane dreams of becoming a racer and his fuel truck friend, Chug encourages him. With added encouragement from his forklift/mechanic friend Dottie he enters the qualifying race to be in the top 5 so he can get into the Wings Across the Globe race. Although he finishes sixth, later he is called in for the race as one of the top 5 was disqualified. Skipper Riley, a reclusive navy war plane, initially doesn’t want to, eventually helps train Dusty. But one thing that Dusty doesn’t overcome yet is his fear for heights by the training ends.

Dusty heads off to the race meeting at JFK in New York city. And the race across the world in five legs begins. First leg from New York to Iceland. Second Leg from Iceland to Germany. Third Leg from Germany to India. Fourth Leg from India to Nepal. Fifth Leg from Nepal to China. Sixth Leg from China to Mexico. The Seventh and the Final Leg from Mexico to New York City.

During the race he meets Sparky - forklift for Skipper Riley, 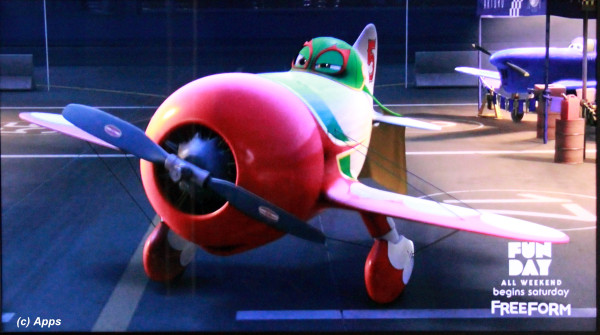 Rochelle - a French-Canadian racer that El Chupacabra falls in love with, Bulldog - a British Comet plane,

Rip Slinger - a custom-plane who is a three-time champion and would go to any extent to win the race the fourth time and Dusty's rival, Ishani - a Pan-Asian champion from India on whom Dusty has a crush, 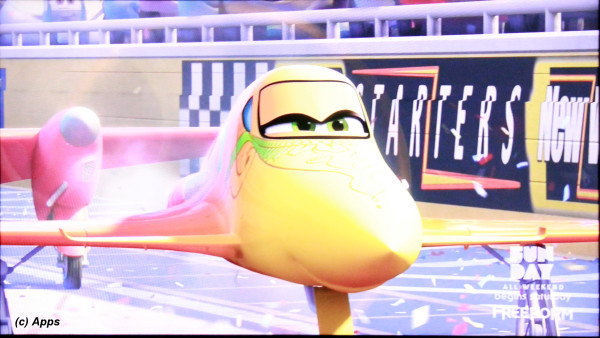 Franz aka Von Fliegenhosen- a German Aerocar who is a fan of Dusty and upon his advice Dusty removes his extra sprayer stuff that makes him a much lighter plane to fly, gets his chance to be in a carrier USS Flysenhower - named after the real carrier USS Dwight D. Eisenhower where Dusty learns a few truths about Skipper Riley.

The race to finish doesn’t come with easy lanes from Dusty. Despite making friends, he gets sabotaged by Ishani and Rip Slinger so his could finish last. He manages to finish first in the fourth leg even though he had been given ill-advise by Ishani. He continues with his race passing all the hurdles and finally finishing it out on the top.

A movie filled with comradeship, integrity, hard work, teamwork, trust and above all being truthful. A perfect movie for my nephews to grow up watching and learn. Another fun movie to watch any day to lift your spirits and get some laughs.

1) The Tractors that were seen in Cars are shown here when the racers are in India. Nicely connecting both the films. 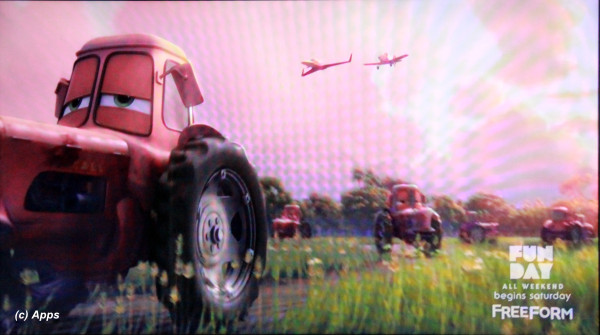 2) When Ishani and Dusty fly over Agra and visit Taj Mahal, the song "Dum Dara Dum Dara Mast Mast" from the 2007 Indian film Guru ( = Teacher) is played in the background. 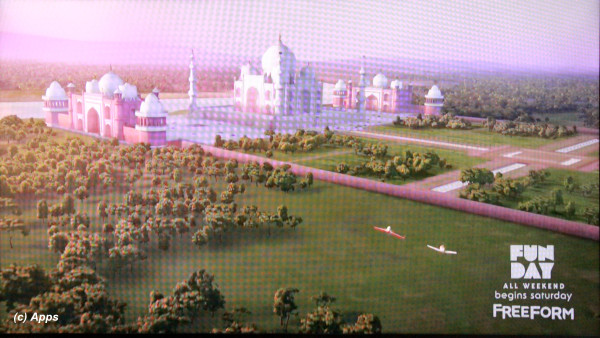 Here is the video for the actual song.

3) iPad or a Touchpad we use is called as a SkyPad in the movie. Pretty close and pretty funny.

4) El Chupacabra romances Rochelle with this love serenade by the song "The Love Machine" by the Motown group The Miracles. The song was recorded in 1975. Although in the movie El Chupacabra takes it low and slow, the original song has much faster beats. Here is the original one:

5) The end credits show the entire movie while the names are being displayed. Interesting concept.
Tags: critique by amateur, movies, reviews
Subscribe