Stars:  5 / 5
Recommendation: A fun animated film that always brings a smile to one's face and yet keeping the spirit in.

When I was posting about the 2016 hit live/animated movie The Jungle Book (Link to my review on that book here), I had mentioned about the 1967 original animated movie. Finally I got around to watch that movie as well and here is my take on it. 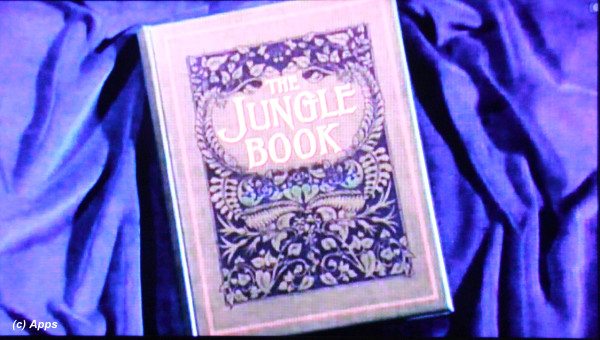 The 1967 version is an American animated musical film produced by Walt Disney Productions. This was based on Rudyard Kipling's book of the same name and was the 19th Disney animated film. The primary plot revolves around the jungle-kid Mowgli, his friends Bagheera the panther and Bhaloo the bear who try to persuade him to leave the jungle to avoid the wrath of Shere Khan as he hates humans.

While the 2016 version delved into the dark and sinister side of the story, this original version was made into a more comical plot. The lessons that Rudyard Kipling was trying to teach were also snuffed a lot in here. The melodious songs that come as part of this version also lighten the dark shades behind the actual plot. Also in the 2016 movie Mowgli is raised by the leader of the wolf pack, Akela. However in this version, it is shown as he is raised by Rama, an Indian Wolf in the pack of Akela. Kaa is a male person too in this version as opposed to the female in the 2016 film. This version ends with Mowgli joining the humans.

All of these subtle changes make this version a lighter watch catering more to kids to add fun and humor and shield them from the drama and evil of the world. However, this kind might have worked for the way we lived in 1960s. But for the current world we are in the way the 2016 movie was depicted fits perfectly. I like both the versions.

This animated version was designed to be more fun and happy, create enjoyment to the viewer. And it has been successful immensely in delivering what it was originally destined to. And who can forget the bubbly song Bare Necessities that Bhaloo sings - so well it relates to what we really need in this world.

As much as I had enjoyed the 2016 version, I enjoyed this 1967 version as well. Both take us to two different worlds of animation films delivering the message they need to per the era and age perfectly.

If you haven't watched this movie yet, pop in that DVD, snuggle in your sofa and enjoy it with a silly grin on your face.
Tags: critique by amateur, movies, reviews
Subscribe