Stars:  5 / 5
Recommendation: For those much needed laughs, silly antics and learning lessons of life in the process, this is another perfect movie to watch. 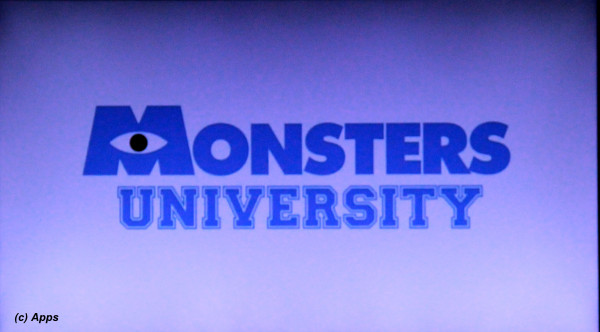 Michael "Mike" Wazowski as a young monster had always dreamed of going to Monsters, Inc. and become the best scarer. Chekc out his school bus and his scare card on his name that he designs. 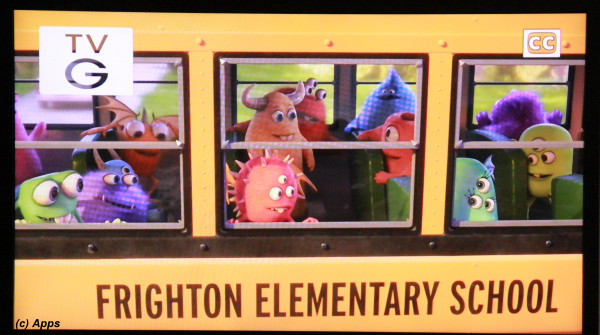 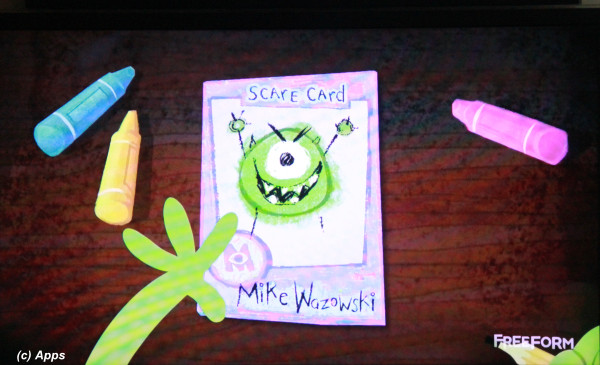 However things turn out to be not so friendly as he imagines when he goes to Monsters University for his college education. His roomamte is Randall "Randy" Boggs. 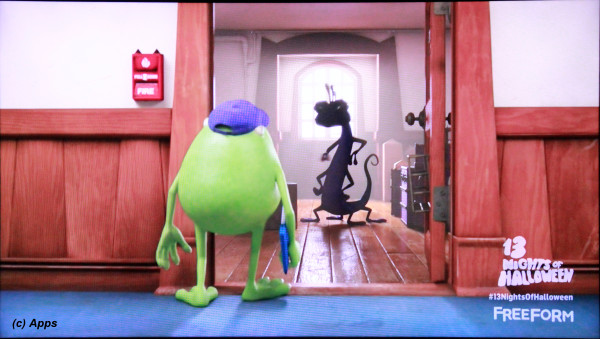 He comes across James P. "Sulley" Sullivan, the obnoxious monster who gets through college only because of him coming from a privileged family. Mike works had to get through the semester while Sulley just relies on his abilities. 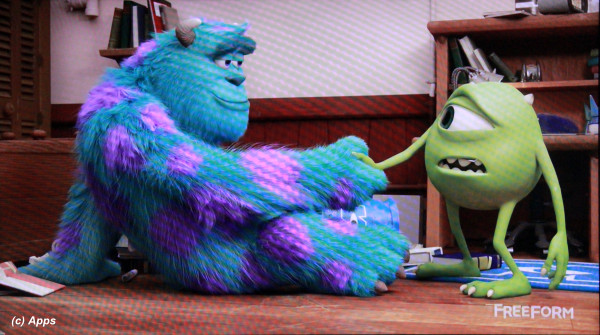 While Mike steadily succeeds in his college, Sulley starts to falter. On the day of the final exam though Mike gets into confrontation with Sulley despite his best efforts to avoid him, and Dean Hardscrabble fires them both. 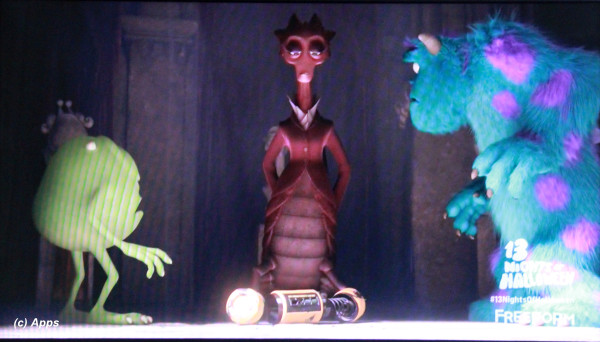 Mike has only one more chance to prove himself and he enters the university's "Scare Games", challenging Dean that if he wins he gets reinstated into the university again - the games originally devised by Dean herself.  The challenge gets accepted and the games begin. Only issue for Mike is that one of his team-member is the fellow monster Sulley who was partly in responsible for being fired from the University in the first place.

The rest of the movie follows Mike and Sulley in how they become from rivals to friends, win each level of the Scare Games and reach to the finals. In the process they come across Randall "Randy" Boggs (the chameleon that has ability to become invisible), Oozma Kampa Fraternity members (who form Mike's team for the Scare Games), 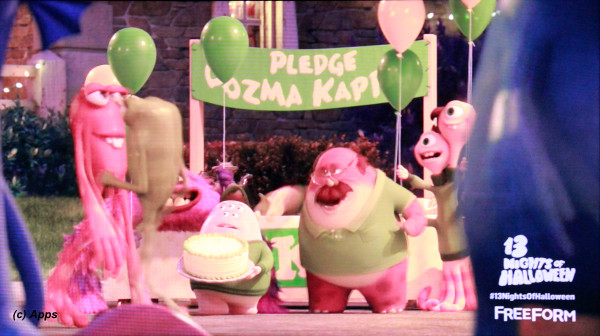 Roar Omega Roar (an alpha fraternity team that originally draft Sulley as their member but end up taking up Randy towards the end), 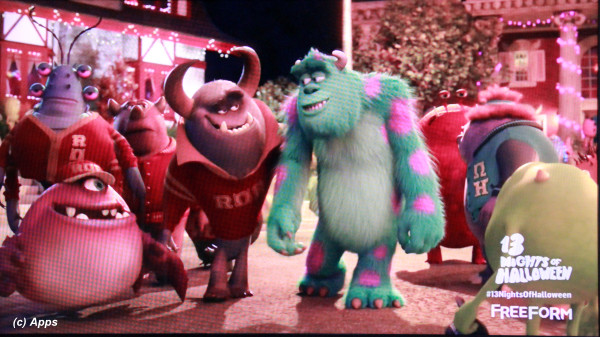 the Snowman / Yeti and others. 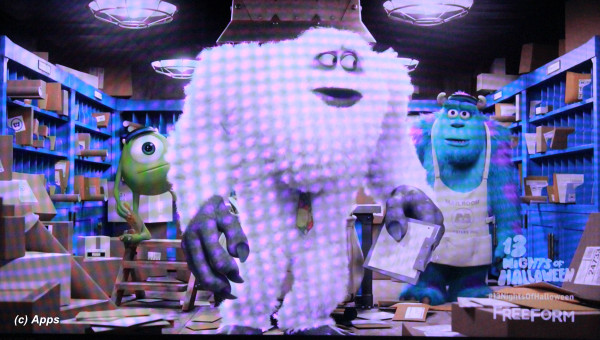 Will they win the final game? Will they come out on top and get reinstated back into the University? Well no fun if I write about it all. Go pop in that video or click on Netflix or Youtube and watch it for yourself. I can promise you that the ride would be super fun.

With several new characters introduced and several of the original characters reprise, the movie weaves perfectly into the beginnings of the Monsters, Inc. movie. This film has certainly charmed one and everyone. No wonder it went to gross a lot that year.

Spoiler Alerts:
1) Nathan Fillion, who portrayed the role of Richard Castle in the TV show Castle (My link to the review is here:), portrays the role of Johnny J. Worthington III, president of Roar Omega Roar. 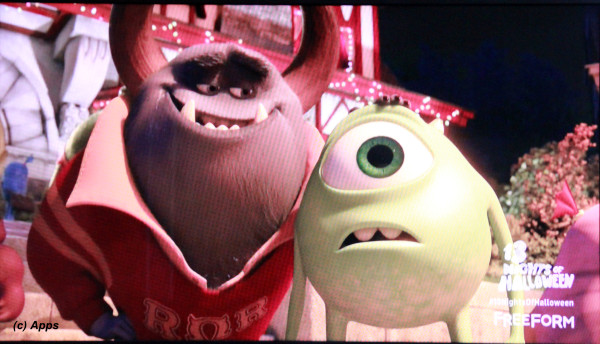 2) Bob Peterson as Roz, a slug-like monster with a raspy voice reminiscent of Selma Diamond's who administrates for Scarefloor F at Monsters, Inc. is introduced in this film. 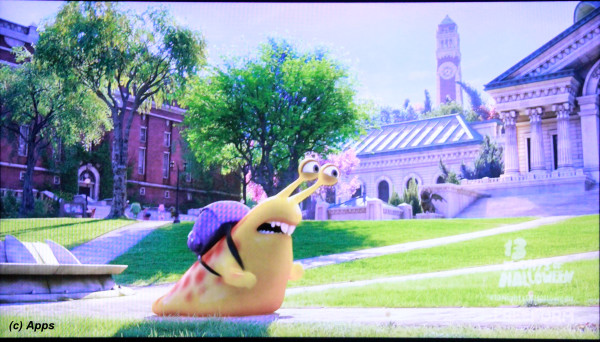 3) Scarer cards at the end credits shows all the characters that graduate from Monsters University, Legends and as well as those whom we will see in the first episode Monsters Inc movie.
4) The movie when released was followed by a short film, The Blue Umbrella, in the theaters. I havent watched this but another one for my future posts.
5) An animated short film titled Party Central, which takes place shortly after the events of Monsters University, premiered in Fall 2013. Again another one for my future posts.
Tags: critique by amateur, movies, reviews
Subscribe