Stars:  5 / 5
Recommendation: Patriotic with romance and comradeship blended in there making it a movie to watch at all times.

July fourth marks the U.S. Independence Day. On this day normally we get to see the 1996 hit movie Independence Day on repeat mode on at least four channels. Yeah well, I tend to watch it at least once every year which was my first choice to post for this day. However, after much thought I picked up another favorite of mine, although I have watched it much less times than the original choice. So, here's my take on the second choice I picked. 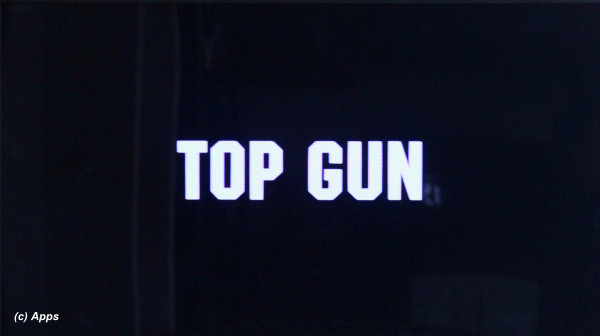 Top Gun is a 1986 hit American romantic military film starring Tom Cruise, Kelly McGillis, Van Kilmer and Anthony Edwards in the lead roles. It was based on an article titled Top Guns published in the magazine California three year earlier to the release of this movie.

United States Naval Aviator LT Pete "Maverick" Mitchell (portrayed by Tom Cruise) and his Radar Intercept Officer  LTJG Nick "Goose" Bradshaw (portrayed by Anthony Edwards) are selected to attend the Top Gun school at NAS Miramar, despite the wild reputation of Maverick and Goose. There he meets Charlotte "Charlie" Blackwood (portrayed by Kelly McGillis), an astrophysicist and civilian Top Gun instructor and also his rival LT Tom "Iceman" Kazanski (portrayed by Van Kilmer) - who was the top in the class until Maverick arrived. As his training continues, his reckless flying increases, gets him to defeat his LCDR Rick "Jester" Heatherly and inadvertently becomes a rival to Iceman. He also pursues Charlie - much against the rules. During one such training where Maverick and Iceman are chasing Jester, Maverick's aircraft catches fire on both of its engines. In the process of ejecting, Goose hits his head onto the roof of the jet and dies. The rest of the movie follows Maverick in how he copes the loss of Goose despite being cleared of the incident, how he regains his power back in air and how he gets Charlie back.

I fell in love with Tom Cruise in this movie, more in the song that made this movie famous - Take My Breath Away by Berlin. I even remember having a poster of Top Gun on my bedroom wall when this song became a hit back home. Even now I like Tom Cruise albeit only as an actor.

A very patriotic movie in every sense even though not a single war is waged or nor a soldier is shown in enemy lines except towards the end of the movie. Gives one a very deep insight into how the aviators are made. The beginning of the movie was filled with a lot of technology terms that flew above my head the first time I watched the movie. Had to watch it a second time just those scenes to catch on to what was happening. The movie captures the under dogs coming out on top, proving that there is never a "I" when it comes to team work.

Perfect movie to watch at all times and no matter what brings your spirits up.

1) Clarence Gilyard, Jr. portrays the role of LTJG Marcus "Sundown" Williams. He is famous for his role as Conrad McMasters - a right hand man to Ben Matlock (portrayed by Andy Griffin) - in the TV series Matlock and as James "Jimmy" Trivette in the TV series Walker, Texas Ranger. Here he is behind Tom Cruise in this scene. 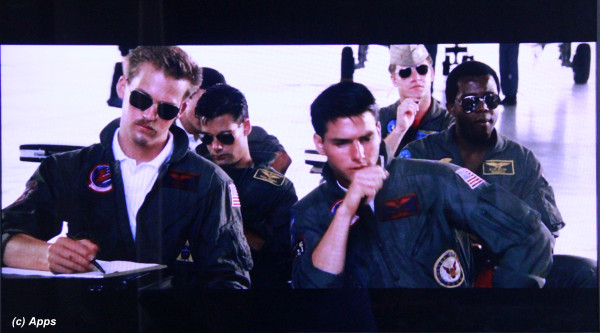 2) Tim Robbins has a minor role as LTJG Sam "Merlin" Wells in his movie - perhaps one of his earlier roles before he became famous. In the second pic he is behind Tom Cruise. 3) Meg Ryan plays the role of LTJG Nick "Goose" Bradshaw's wife - Carole Bradshaw - in the movie. Again one of her earlier roles before she became famous. 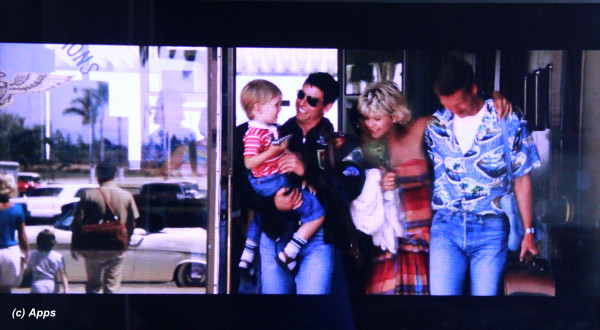 4) The 1991 movie Hot Shots! Is a spoof of this movie. Another one to add to my blog.
5) The 2013 animated film Planes pays a homage to this movie. This is another movie in my upcoming list to post.
6) The end credits have the lead actors shown as their roles in the movie - giving it a nice touch. Although the clip below gives away the ending too. :P

7) The famous walk scene that is shown over and over again in the song Take My Breath Away. 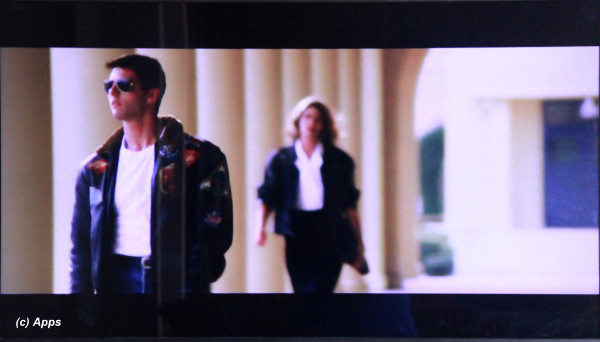 8) And finally the song that made the movie much more famous. Sung by the band Berlin, written by Giorgio Moroder and Tom Whitlock for this film, the song not only won the Golden Globe for Best Original Song, it went on to win the Oscar in the same category that year.