Stars: 3 / 5
Recommendation: A fun movie for all those angry birds lovers but not for me, I landed in the middle between hate and love.

The Angry Birds Movie is a 2016 Finnish-American animated feature film based on the video game of the same name. It took a while for me to go about and watch the movie - primarily because I never liked the game as such. Well, finally I did watch it, just to check out and see what the ruckus was all about. And here is my review. 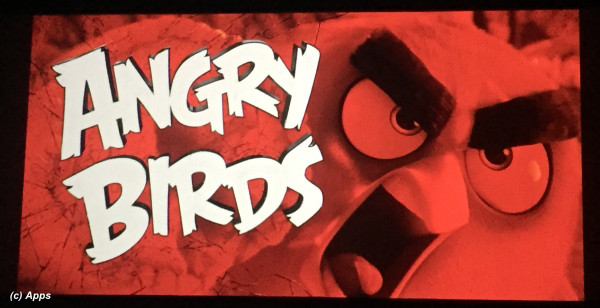 The plot basically revolves around flightless birds living on Bird Island, who have this passionate love towards the bald eagle called The Mighty Eagle who is supposed to be their protector and the only bird that can fly, although hasn’t been seen in a long time. Red, one of the resident and reclusive, is sent to anger management classes where he meets Chuck, Bomb and Terence along with their instructor Matlida. However he doesn’t venture to make any friends with them or even resolve his anger issues. 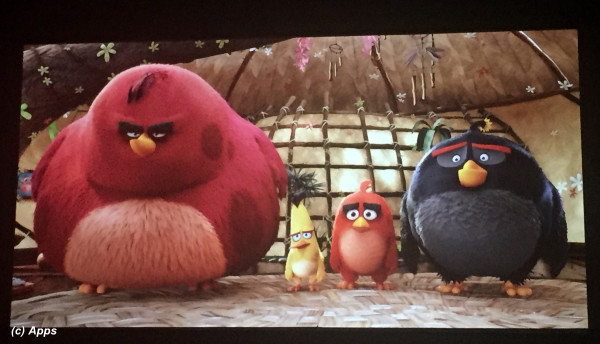 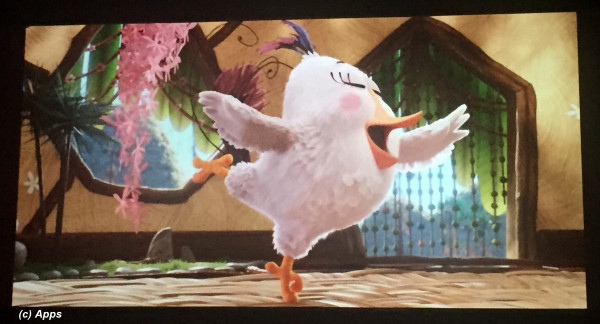 One day a boat arrives with green-colored pigs who say they come in peace and friendship. And they show the flightless birds new technologies like slingshots and helium balloons - things that would help the birds feel the bliss of flight. 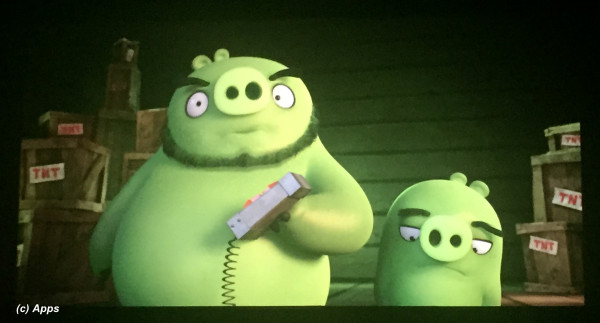 However, Red suspects a deeper motive behind all these and sets on to investigate. In the process, he finally makes friends with his anger management classmates, sets on to search for The Mighty Eagle, find the truth behind the façade the green pigs peace offerings and eventually help save the Bird Island. 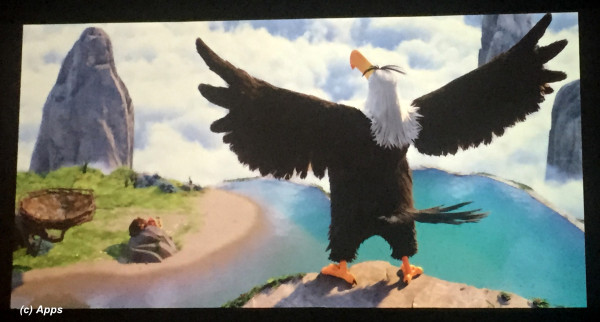 A simple plot with some funny twists makes an entertaining film. However, it's every bit like the game which grated on me as well as charmed - such a mixed feeling I never felt with any movie before. The elements of the Angry Birds are so cleverly used in the plot - the slingshots, the balloons, the toppling of towers and buildings - all tying into the tapestry neatly. 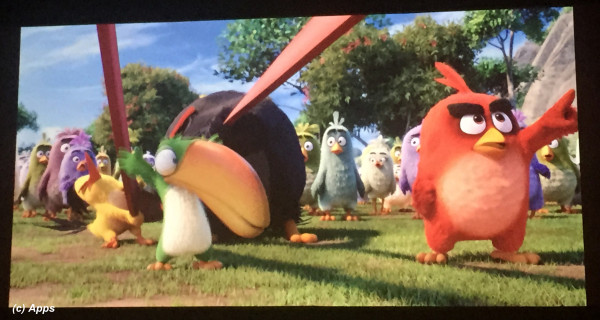 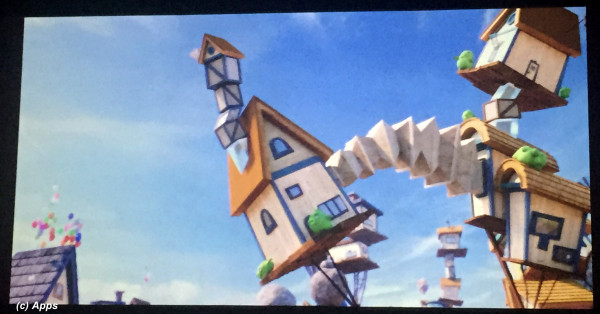 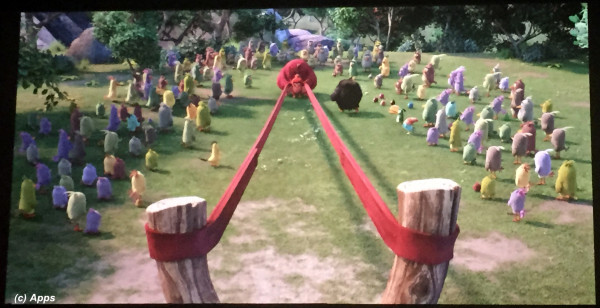 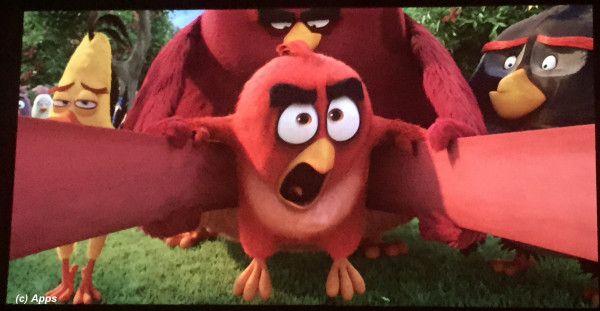 I have no complaints against the movie, but I didn’t particularly felt overtly happy either. Somewhere in between I landed by the time the movie ended. All in all a fun movie for the kids to watch perhaps or for those who love the game.
Spoiler Alerts:

Some of the pics from the movie that will most definitely reveal the plot. Beware before you proceed further if you havent seen the movie yet. 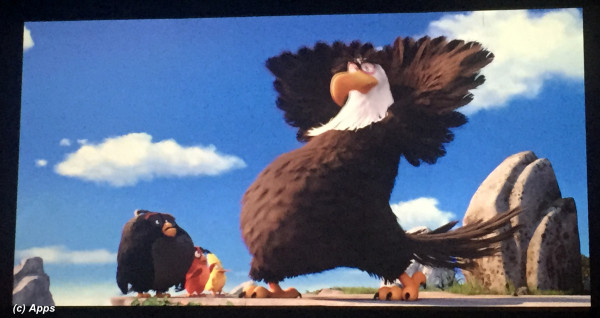 Although it was Red who helped save the Bird Island, the Mighty Eagle steals the limelight. 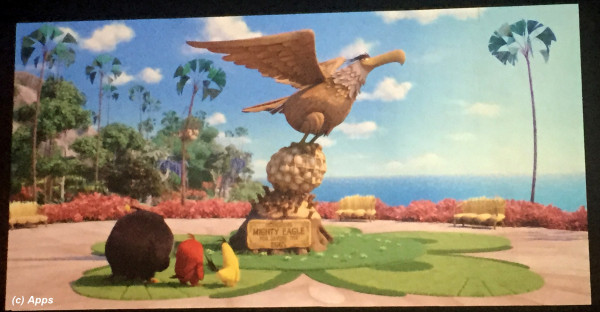 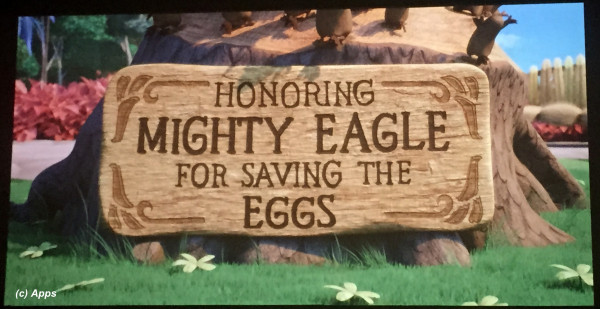 However, Red gets his place too. 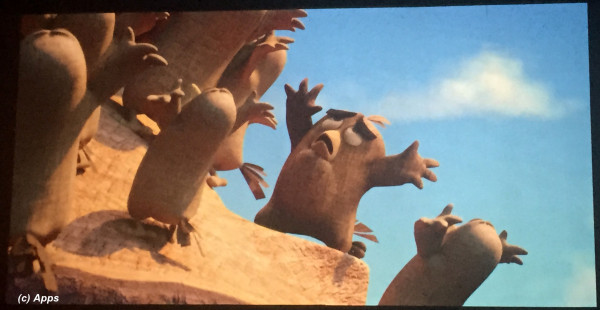 And all the little angry birds Red saves - well they turn angry after wards. :P 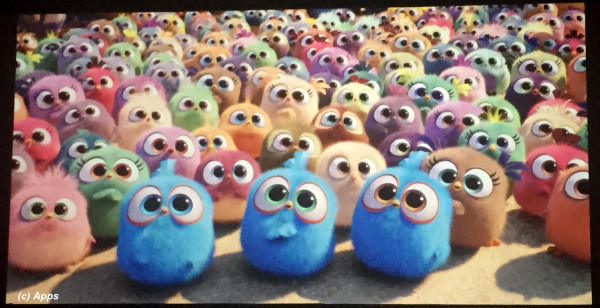 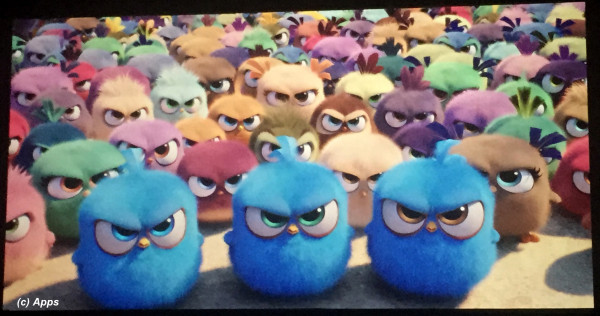