Continuing with the critiques I started in 2015, here is the next in series – a movie review.
Prologue: Go here.
For review of all movies starring Barbara Stanwyck, go here.

Stars:  5 / 5
Recommendation: Absolutely chilling thriller that will raise all the hairs around

In the 2014 movie Jack Ryan: Shadow Recruit (Check my review here), there is a scene where Jack is meeting an information at a movie theater that plays very very old movies. In this particular scene, he is shown watching the 1948 American suspense thriller Sorry Wrong Number. It was a very brief scene showing the movie, that it intrigued me enough to watch it. The film stars Barbara Stanwyck and Burt Lancaster and directed by Anatole Litvak. The movie was based on the Lucille Fletcher's play of the same name. The basic plot is about a woman who overhears a murder plot and eventually gets tangled with it. 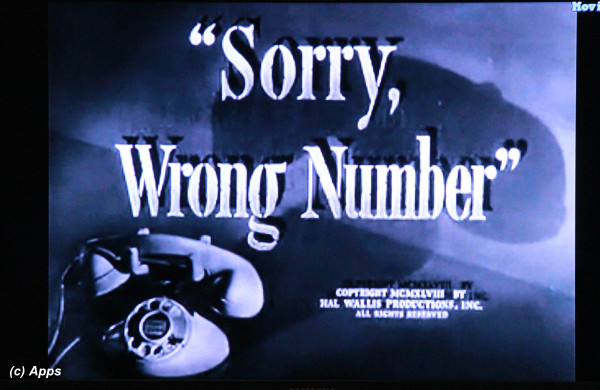 Leona Stevenson (portrayed by Barbara Stanwyck) is a bed-ridden and home all alone with her husband Henry J. Stevenson (portrayed by Burt Lancaster) away on business elsewhere. While she was trying to reach her husband, she gets connected to a line where she overhears the conversation between two men - George and someone else - plotting a murder of a woman around 11:15pm, approx two hours from the time Leona got into the line, but it gets disconnected just about the time the men were exchanging the location's address. Frightened and unnerved, she calls the operators, then the cops and relates what she heard on the phone. None of them take her call seriously.

Then Leona takes it up on herself to save this unknown woman who would be murdered soon. In the process she uncovers some both truths and lies about her father - James 'J.B.' Cotterell - her husband, Henry and about herself too. But who is the woman who would be killed? What was the reason for her husband to meet with Sally Hunt - Mrs Fredrick Lord - from whom Leona had originally stolen and married? Where is Henry gone after all? What was Evans to  Thus the plot continues with Leona trying to find out about the woman.

One would think the movie would have been directed by Alfred Hitchcock based on the cocept and the way it was taken. The music and the play of light and shadows certainly drove a train of chills up my backbone. Most of the film has the dark noir effect increasing the level of suspense. The movie opens with a telephone operator office and few lines scroll across the screen - they give you a jump start into the suspense. The movie is depicted in a series of flashbacks - and in some cases flashbacks within the flashbacks - that Leona thinks back to whenever she finds a clue about that woman who is about to be murdered.

Spoiler Alerts:
1) The original play was aired on Suspense radio program on CBS Radio on May 25, 1943. I have to listen to that too for a future blog post. :)
2) The movie reminded me of a Murder, She Wrote episode "Crossed Up" that has a similar theme where Jessica has a cross connection and overhears a murder plot. Only, in that she doesn’t get killed at the end. The episode was aired on Feb 1 in 1987, approx 40 years after this movie was made. One can guess who copied the plot from whom.
3) Costumes designed by the famous Edith Head for this movie.
4) One of the scene shows Henry (Burt) tuning the radio of his car. Such a vintage car. 5) The only time the words "Sorry Wrong Number" are uttered are in the last scene by the killer. 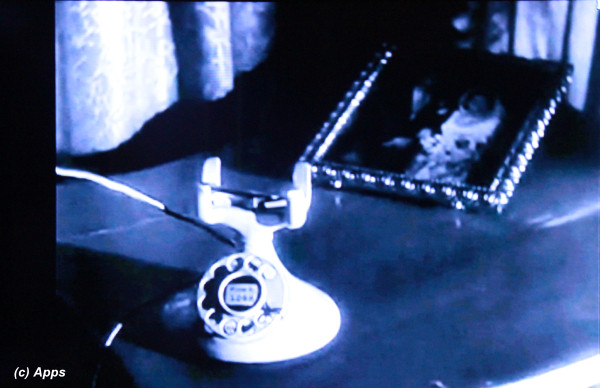