Continuing with the critiques I started in 2015, here is the next in series – a movie review.
Prologue: Go here.
Stars:  5 / 5
Recommendation: A movie filled with laughs, tunes and much needed life's lessons - yet completely entertaining.

This year Father's Day fell on June 19th. For this day I picked this movie as it is one of the movies that my dad likes most. To all the fathers in my family, a Happy Father's Day!! Hope they like my selection and review of the movie. 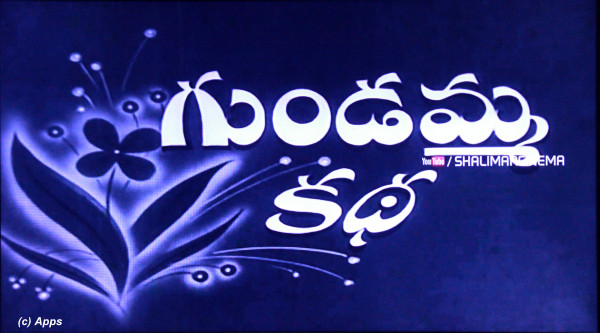 Gundamma Katha ( = Gundamma's Story) is a Telugu comedy-drama film released in 1962 starring Akkineni Nageswara Rao aka ANR, N. T. Rama Rao aka NTR, Savitri and Jamuna as lead actors along with other famed character artistes in supporting roles. The plot is loosely based on William Shakespeare's The Taming of the Shrew. This movie also was the first one to be a remake by Vijaya Vauhini Studios. It was a remake of the  B. Vittalacharya's Kannada film Mane Thumbida Hennu (1958). For this Father's Day posting this review. 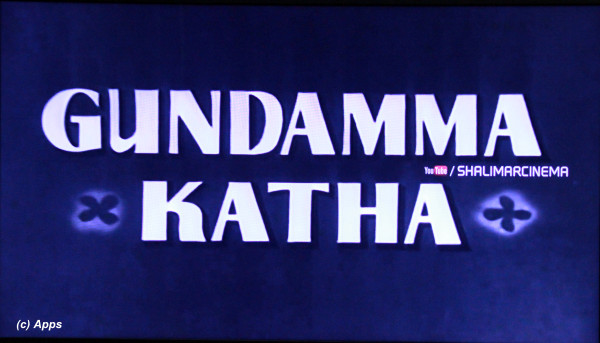 The plot revolves around Gundamma (portrayed by Suryakantam) who has two daughters - a step-daughter Lakshmi (portrayed by Savitri) whom she ill-treats and keeps as a servant and her own daughter Saroja (portrayed by Jamuna) who is a spoilt-brat and arrogant. Gundamma also has a son Prabhakar (portrayed by Haranath). Although being step-sisters, both Lakshmi and Saroja dote on each other and love selflessly - albeit is more from Lakshmi in the beginning and eventually from Saroja later. Things change when the lead actors Anjaneya "Anji" Prasad and Raja - two brothers - come to their home in various roles, woo the daughters and eventually teach Gundamma a much needed lesson.

To add to the spice, there are a few sub-plots in the film that meld well with the plot - Prabhakar and Padma (portrayed by L. Vijayalakshmi) - distant cousin to Anji and Raja - falling in love with each other; the torments Gundamma faces at the hands of Durgamma (portrayed by Chaya Devi) - mother of Padma; the twist the brothers show the sisters; and finally the minor but yet standing out villians plotting behind Gundamma for their benefit - Ghantaiah (portrayed by Ramana Reddy), his wife (portrayed by Rushyendramani) and his son Bhoopati (portrayed by Rajanala).

The film has a plot that not only  teaches some much needed life's lessons, but also comes with beautiful melodies composed by singer-composer Ghantasala Venkateswara Rao. All the Lyrics were penned by Pingali Nagendra Rao. Ghantasala provided vocals for ANR and NTR while P. Susheela and P. Leela sang for Savitri and Jamuna respectively. Marcus Bartley's beautiful cinematography involving moonlights and shadows are mesmerizing as always. No wonder it received the Filmfare Award for Best Film - Telugu that year. With such a star cast and ale technical staff, this was no surprise.

The film shows the Indian society during the 1960s and the songs depict them as well. While Lechindi Nidra Lechindi talks about women empowerment and uprising of women in every field, Dance sequence by Padma (L. Vijayalakshmi) shows the classical heritage of the country despite moving towards fast paced music, Manishi Mara Ledu depicts the nature of humans and humanity how it changed over period of time and Aligina Velane Choodali depicts the maternal as well as romantic side of Krishna. Despite several critics - many considered that the lead actresses roles were under-played - the film went on become a commercial success and was the first Telugu film to be run for 100 days with three screenings per day in Hyderabad, India. The opening credits also used the pictures of main characters rather than their names making it unique in itself. 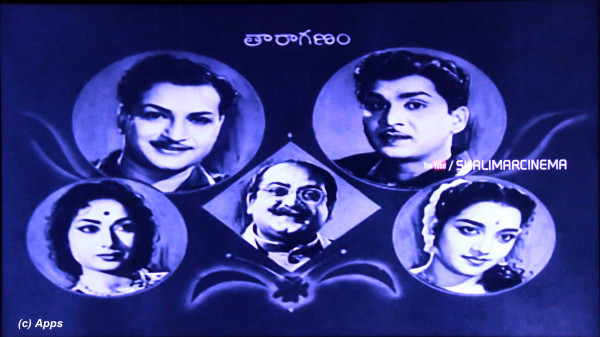 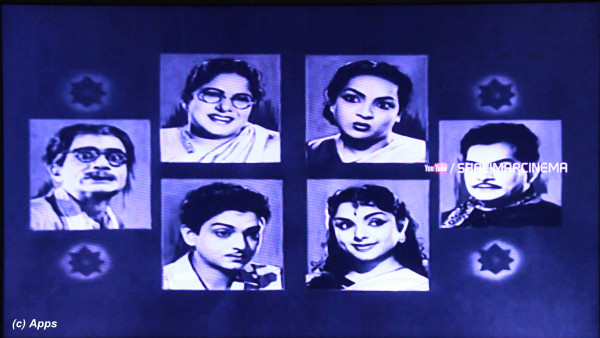 I believe this is one of those few movies that Savitri has such few dialogues.

Although a remake, Aluri Chakrapani - one of the script writers - made considerable changes to the second half of the film taking inspiration from Shakespeare's The Taming of the Shrew. He also named the film as "Gundamma Katha" after being asked constantly by everyone thus - Gundamma Katha Entha varaku vachchindi? ("What is the progress in Gundamma's story?").  This movie was later remade in Tamil the same year as Manithan Maravillai which sadly was a box office failure.

The timing in the comedy situations are most part hit but there are a few misses - that one doesn’t notice at all because of the rest of the plot. Most of the talk between characters goes through eyes and facial expressions - which is so rarely seen now. The film touches many aspects of human emotions, ideals, values and one's day to day life activities - value one's family, standup to your people and above all good always wins over evil. A balanced blend of comedy and seriousness was perhaps the recipe for success of this film. The movie is now considered as a cult classic.

Seemingly a simple plot, but with many intricacies weaved within, it forms a very complex yet beautiful tapestry to watch time and again. A classic that becomes unforgettable once seen. Enjoy it again if you get a chance to watch again, or simply enjoy it if you are watching it the first time.
Spoiler Alerts:
1) Never read The Taming of the Shrew. Something for a future blog post.
2) The original Kannada (B. Vittalacharya's Kannada film Mane Thumbida Hennu (1958)) will definitely be part of one of my future blog posts. :)
3) This film also marked the 100th movie for NTR and 99th for ANR.
4) The Tamil remake, Manithan Maravillai, marked the 100th movie for ANR although it was a box office failure. Worth a watch perhaps for a future blog post. :)
5) The dance sequence for L. Vijayalakshmi certainly seems out of place in the movie. Per Wiki, perhaps the director wanted it because she was a trained dancer.

6) Per Wiki, after Gundamma Katha's release, Chakrapani wrote a story named "Gundamma Gari Kootulla Katha" ("The Story of Gundamma's Daughters"). It was serialized in Bharathi magazine. Its plot involves Ghantaiah creating a rift between Lakshmi and Saroja.
7) Per Wiki, In 1982, Rama Rao and Krishna acted in a film, Vayyari Bhamalu Vagalamari Bhartalu, whose story resembled "Gundamma Gari Kootulla Katha".
8) This film is considered as the last film of Vijaya Vauhini Studios' "Golden Age"
9) Seethamma Vakitlo Sirimalle Chettu (2013), which was rumoured to be a remake of Gundamma Katha, adapted the style of its opening credits—use of images rather than text to credit its principal cast. Another movie for my future blog posts. :)
10) Suryakantam and Chaya Devi reprised their roles of wicked step-mothers or evil mother-in-laws in several movies. However until this movie Suryakantam had dominated the screen for those roles. Chaya Devi became a fitting competitor for her.
11) Allu Ramalingaiah made a cameo appearance here. 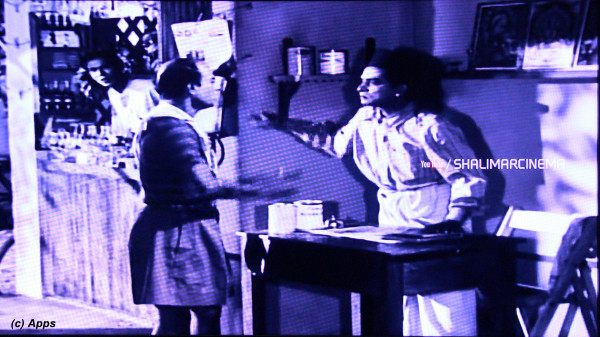 12) Note that in the hotel that is run by Allu Ramalingaiah, Ramana Reddy reads a newspaper upside down. Interesting that the blooper was not covered. 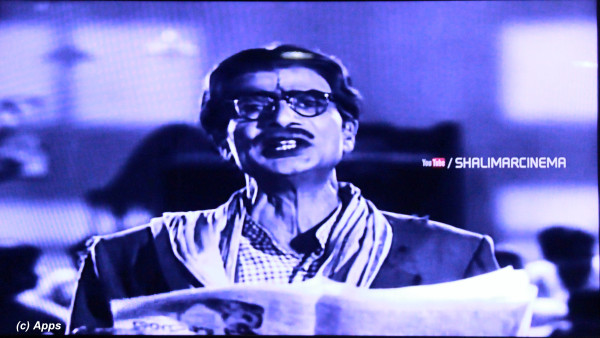 13) The scene where Anji (NTR) asks Lakshmi (Savitri) to write a letter for his dad, reminded me of this song of Kamalhassan from the movie Guna. Although I never liked the movie or even the portrayal of the song, the lines are really good to listen to. 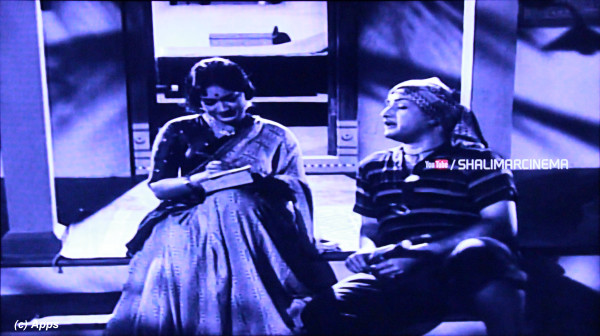 14) The whistle sequence between the two brothers is so lovely to watch.
Tags: celebrations, critique by amateur, events, festivals, movies, reviews
Subscribe