Stars:  5 / 5
Recommendation: Animation at its rudimentary form yet at its best making it one of the top movies to watch.

One of my friend on LiveJournal blog had posted about Lotte Reiniger's google doodle celebrating her 117th birth anniversary (June 2 2016). Her post piqued my interest in this German film director. (Thank you

osprey_archer) Lotte Reiniger was the first one to make a feature-length film using silhouette animation - where all the characters are black silhouettes accomplished by backlighting cardboard cut-outs and such. She had successfully made over 40 films using this technique.
The Adventures of Prince Achmed was her first animated feature film that she made in 1926, a full 10 years before Walt Disney's Snow White and the Seven Dwarfs that was made in 1937. This is the oldest surviving feature-film. The story is based on elements taken from the One Thousand and One Nights, specifically "The Story of Prince Ahmed and the Fairy Paribanou" featured in Andrew Lang's Blue Fairy Book. The original print of this movie however don’t exist anymore. But it was restored by German and British archivists  during 1998 and 1999 using surviving nitrate prints. 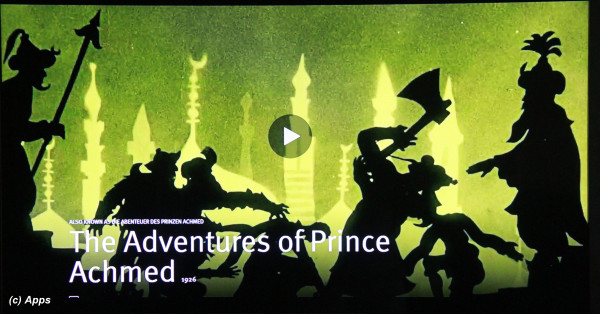 The story begins with an African sorcerer, der afrikanische Zauberer, creates a flying horse with his magic. There upon he shows it to the Caliph - one who admires and shows interests in the unique. When the sorcerer refuses to sell the horse, Caliph offers any treasures he has. Thee sorcerer chooses Princess Dinarsade, much to the distress of the princess. Her brother, Prince Achmed, objects to it. 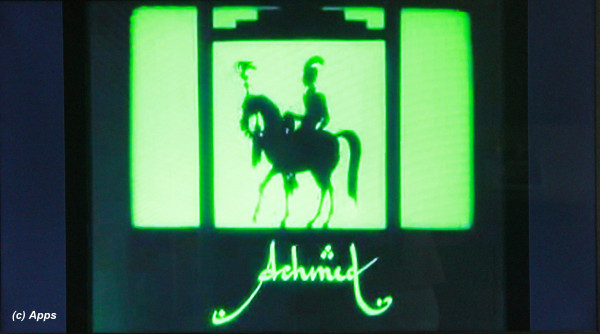 But the sorcerer convinces the prince to try the flying horse. But the flying horse carres away the pronce as he does not know how to control the horse. The sorcerer is imprisoned. The prince finally figures out the mechanisms and lands in a strange land called Wak Wak. There he meets Pari Banu, beautiful ruler of Wak Wak and they both fall in love but she warns about demons of Wak Wak who might try kill him. 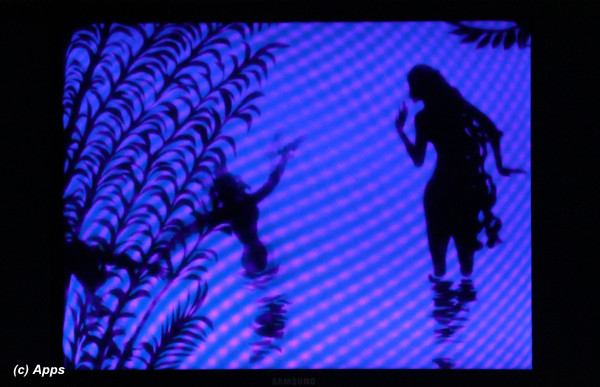 The story then continues on how Prince Achmed and Pari Banu face the demons of Wak Wak, the sorcerer and his minions, finds allies in Aladdin and the Witch - die Hexe - and eventually over power the sorcerer and kill him freeing all of them from his clutches.

Brilliantly made animation with well plotted story with complex twists and turns. Hats off to the creativity and ideas of Lotte Reiniger that we get to see the beginnings of animated films. Samples pictures of some of the animated scenes from the movie. 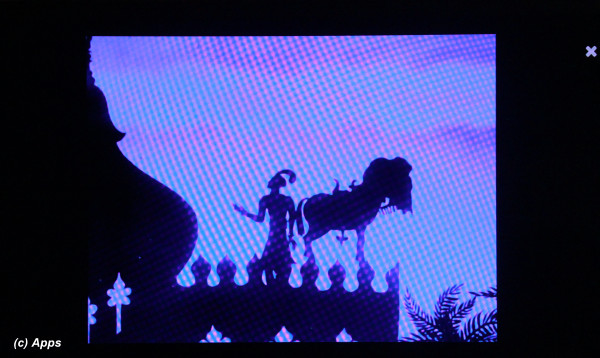 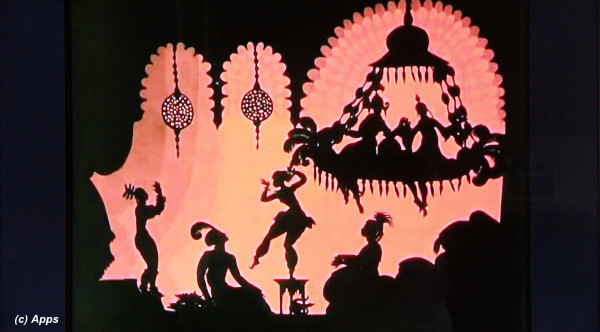 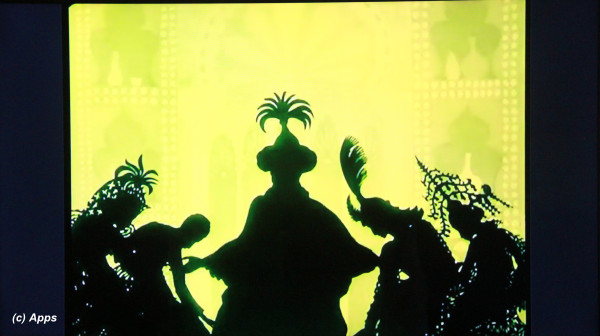 Two characters and stories from fairy tale land (Prince Achmed and Aladdin) brought together under one roof, so to speak, adds much weight to the plot.

I would have loved to watch it with English subtitles, but the German version found on youtube also made a lot of sense. It took Lotte several years (from 1923 to 1926) to make this film. However, she has certainly paved the way for cartoons and animation in film and TV. Because I was impressed by the technique and the methods used, I thoroughly enjoyed the movie. Being it silent and an alien language I still loved it. I wonder if the current generation would appreciate it as much. Have to ask my nephew to watch and see what he thinks. My gut feeling is he would ask me million questions on the language to start with. :)

Spoiler Alerts:
1) Google Doodle on Lotte Reiniger and more about her on the web page here (https://www.google.com/doodles/lotte-reinigers-117th-birthday)

2) The original story "The Story of Prince Ahmed and the Fairy Paribanou" featured in Andrew Lang's Blue Fairy Book is something I will have to read in future, if I find it. :)

3) Per Wiki: Two homages to this movie can be spotted in two Disney films: the duel between a witch and a wizard who both transform in various creatures is found in Disney's 1963 The Sword in the Stone, and a character named Prince Achmed makes a cameo at the beginning of Aladdin. Something to check out for future blog posts.
Tags: critique by amateur, movies, reviews
Subscribe