Stars: 5 / 5
Recommendation: Another movie showing grit, determination and how someone copes in any situation

June 1st is celebrated as Global Running Day. I ran / walk 3 miles that day on its honor. What better way to further more honor it but by posting the movie that had the famous line "run, Forest, run" and later became a coping mechanism for Forrest Gump. So, here's to Mr. Gump who did a three-year long running journey across the U.S. 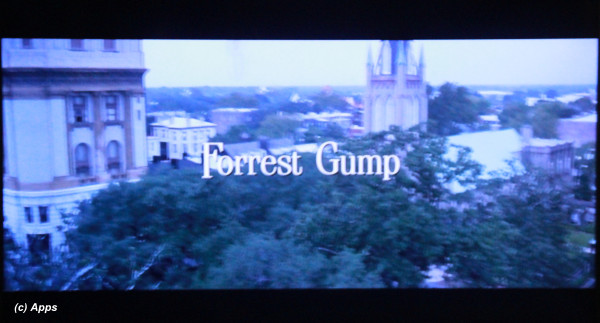 Forest Gump is a 1994 American comedy drama film based on the 1986 novel of the same name by Winston Groom. The primary role portrayed by Tom Hanks with added cast of Sally Field, Gary Sinise, Robin Wright and Mykelti Williamson has speared the movie into a blockbuster giving it 6 Academy Awards - Best Picture, Best Director, Best Actor, Best Adapted Screenplay, Best Visual Effects, and Best Film Editing. And many other awards and accolades.

The film shows several decades in the life of a slow-witted but good-natured, athletically fit man named Forrest Gump from Alabama. During the course of his life he witnesses life-changing events of history, gets to meet famous people , faces situations unthinkable and comes out on top, influences quite a few that he meets along during the years 1944 to 1982. It has some really powerful scenes - where his mother takes all kinds of measures to get Forrest the best normal school, gets involved in anti-war rallies, saves his comrades in war, influences his friend and Lieutenant Dan Taylor, establishes a successful business and eventually takes responsibility for Jenny - his on and off girlfriend. So does the script lasts impressions in your mind just like the scenes. Who can forget the famous line:

My momma always said, "Life was like a box of chocolates. You never know what you're gonna get."

I know myself how many times I have quoted that to myself, to motivate and move forward and to bring a light of hope in someone's eyes. Or the lines below that inspired me to start running. 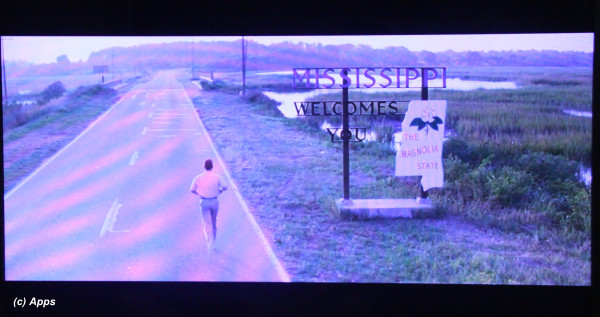 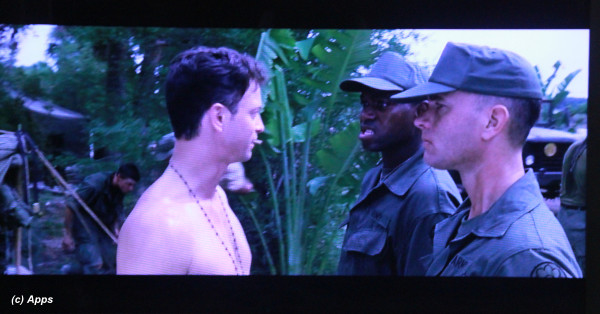 In the movie for the running scenes, Tom Hanks' brother Jim Hanks doubled for him. Did you notice that every transition shown in Forrest's life, he wears a blue plaid shirt on the first scene?

And Tom Hanks daughter Elizabeth Hanks also acted as the girl with red hair in the school bus. Bubba Gump is not an actual enterprise, however it has become a chain of successful restaurants all over the world. I believe there is one in Time Square, New York too. 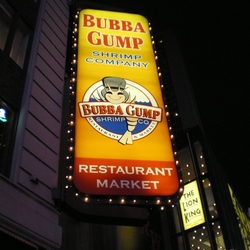 Forrest meets Elvis who is staying as a house guest at his mama's bed and breakfast. Forrest says <write the quote here> Kurt Russell did the voice over for Elvis in the scene. Though Sally Field was only ten years older than Tom Hanks, she had agreed to play the part without qualms. She had actually played as Tom Hanks' love interest in the 1988 film Punchline. The feather that is used in the scenes where Tom Hanks sits on the bench, is a real feather but digitized as per the need of the scene. Any day I would take this movie over many others and always on top of my list for those down days. If you have not watched it yet, you should watch for yourself to see what I am talking about. Nothing I write will give justice to the eyes and ears.

Spoiler Alerts:
1) I have the original book and am yet to read it although heard there are some differences between both movie and book.
2) The sequel Gump and Co. also written by Winston Groom in 1995 is something on my list to have it and read it.
Tags: critique by amateur, exercise, movies, reviews, running, workout
Subscribe