In The Good Old Summertime is an American musical film starring Judy Garland and Van Johnson released in 1949. This is a musical remake of the 1940 American film The Shop Around the Corner starring James Stewart and Margaret Sullivan. This movie is also written by  Miklós László based on his 1937 play Parfumerie - a play that formed basis for future movies. 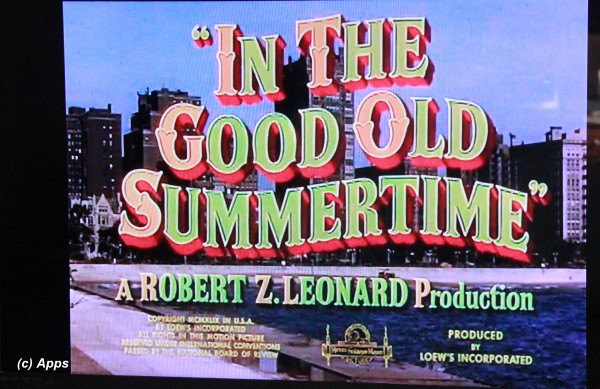 When I posted the review of You've Got Mail (Review here) I had mentioned about both these facts and also in the review for the 1940 film (Check it here). I have been looking to watch the musical version as well and finally found it online. Here's my take on this musical version.

Andrew Larkin (portrayed by Van Johnson) works at Oberkugen's music shop as a head salesman. Veronica Fisher (portrayed by Judy Garland) walks into their shop to secure a job. Although Otto Oberkugen (portrayed by S. Z. Sakall) is reluctant to give another job, he decides to hire her after she sells a harp to a customer for more price than it was actually priced for. Andrew and Veronica immediately have a dislike to each other but tolerate at work. Unbeknownst to each other though, Andrew and Veronica have been writing letters to each other as pen pals and have been falling for each other through letters. The rest of the story continues how they get to know each other, start liking and find out that they are infact the pen pals.

The movie has some beautiful songs - Meet Me Tonight in Dreamland; Put Your Arms Around Me, Honey; Wait Till the Sun Shines, Nellie; Play That Barbershop Song. It’s a very sweet movie but I have to say I liked the original 1940 version and the remake of the 1998 version. For some reason Judy Garland was never a favorite of mine although she was excellent in The Wizard of Oz. However, in this the character is supposed to be strong and at the same time demure. But Judy portrayed as a very strong and come-offish girl with a squeaky loud voice. The song "I don’t care" sung by and pictured on Judy Garland perfectly suits the character of Veronica.

It was lengthened a bit in between with an additional party scene and two or three songs. However, the movie would still have been a good one without that entire scene. All in all a good entertainer for those rainy days.

Spoiler Alerts:
1) The location of the plot in Parfumerie and The Shop Around the Corner is Budapest. However it changes to turn-of-the century Chicago in this movie and to New York in the 1998 version You've Got Mail.
2) Van Johnson starts the introduction of the movie with a comment about how Chicago changed from his childhood - about skyscrapers and busy streets, about makeup and changes hairstyles. I wonder what he would say now if he had seen the city that is today.
3) Judy Garland's daughter - Liza Minnelli - is shown in the final scene as the daughter of Andrew and Veronica. 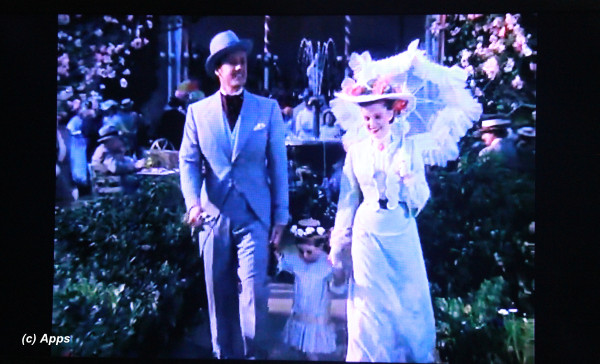 4) Incidentally the names of the lead characters Andrew and Veronica reminded me of the characters Archie Andrews and Veronica Lodge from the Archie's comics.
Tags: critique by amateur, movies, reviews
Subscribe