Stars: 3 / 5
Recommendation: A comedy to pull out those drab moments in your life for a few hours and forget the world around you.

Happy Cinco de Mayo!!! I have been thinking of watching a movie that would resonate with the festival feeling. And finally settled with this movie. Although I wish the white filter was removed in this version on Youtube. ¡Three Amigos! is a 1986 American Western comedy movie starring Steve Martin, Chevy Chase and Martin Short. A musical comedy with score composed by Elmer Bernstein and songs written by Randy Newman. The movie is set in 1916 at a time when a bandit named El Guapo and his gang are looting a small Mexican village of Santo Poco. The village leader's daughter, Carmen (portrayed by Patrice Martinez), along with Rodrigo search out in the neighboring villages for someone who can help them where they watch a silent movie featuring "The Three Amigos". Mistaking them to be real heroes Carmen sends a telegram to Hollywood requesting for their help along with a substantial amount as a payment.

However, the three amigos, Lucky Day (portrayed by Steve Martin), Dusty Bottoms (portrayed by Chevy Chase) and Ned Nederlander (portrayed by Martin Short) also face financial problems when their boss Harry Flugleman (Joe Mantegna) fires them. When they receive Carmen's letter - which has been shortened by the telegraph operator as Carmen couldn’t pay the entire money for the whole message - they assume it’s a show and since its paying handsomely they set on to go to Santa Poco, but not before they retrieve their costumes from the studio by stealing. The plot continues the journey of Three Amigos to Santa Poco, Mexico, how they confuse others and get confused of their role, find their real identities and finally how they tackle the El Guapo.

Steve Martin, Martin Short and Chevy Chase once again show their great acting capabilities in this movie even though it wasn’t as funny as it supposed to be. However, it does have some timing in comedy that is really awesome. There are some really good songs in the movie. Their "My Little Buttercup" takes the cake but I loved this one titled "Blue Shadows On The Trail" - very soft and lovely with a tinge of humor by adding the animals around them.

It is one of those movies that you want to hang out with your friends on a rainy day and watching while munching on snacks. Go ahead and have fun despite the mindless moments in there. Enjoy!!!

Spoiler Alerts:
1) Joe Mantegna as Harry Flugleman - boss of the Three Amigos - is surprisingly funny. I see him as FBI Supervisory Special Agent David Rossi in the television series Criminal Minds he has a more serious persona. This was very refreshing to watch. 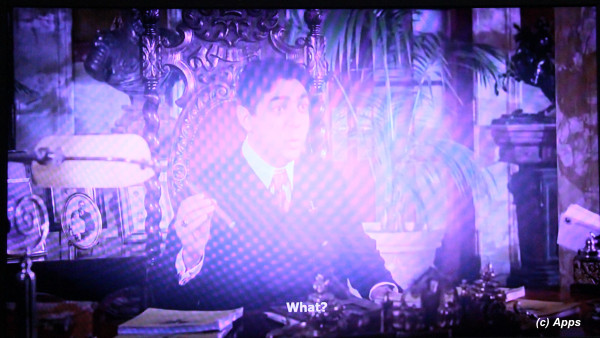 2) The Singing Bush is indeed a real bush that keeps on singing. A must element for a comedy I suppose. :