Stars: 2.5 / 5
Recommendation: Despite the rating, it's an easy movie and worth watching to feel the pull of those childhood memories that you might have forgotten.

May 2nd marked 85 years of the books Nancy Drew Mysteries. She had first appeared in The Secret of the Old Clock published in 1930 under the open name of Carolyn Keene - a varied number of authors contributed to the series under this pen name. Although she was first created by publisher Edward Stratemeyer. In the original series she is a 16 years old girl, so If she was a real person she would be 96 years old. As the years changed the stories and the characters were built around the change in culture and tastes of people. In recent books the technology has also been added to suit the 21st century lifestyle.

I grew up reading these books and had spent a lot of my pocket money on them as a kid. But had never seen any movies based off the books until I came to U.S. The first movie I had seen was the 2002 movie simply titled Nancy Drew and was portrayed by Maggie Lawson. Although a weak plot with weaker characters, the movie was ok to watch. But later I found an entire TV series titled Hardy Boys / Nancy Drew Mysteries on Netflix but were originally aired from 1977 to 1979 on ABC. It was an interesting series - with cross-overs between both mystery series characters which I was not much fan of but the series was good enough. Then I found four movies on Youtube by Warner Brothers in 1938 and 1939 in which Bonita Granville portrayed as Nancy Drew. Here is review of one of the four movies by Warner Brothers. 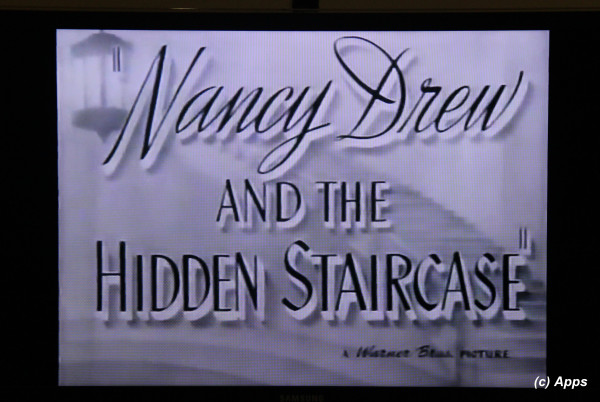 Nancy Drew and The Hidden Staircase was the second book originally published in 1930 but the movie was made in 1939 by Warner Brothers. The plot revolves around Trumbull Sisters and of course Nancy Drew. The Trumbull Sisters are ready to donate their mansion to a children's hospital. But the only caveat is they had two more weeks to live under the roof according to their father's will before the deed happens. However strange things start happening - a robbery of miscellaneous items like stamps, hair clips, etc. and then the Trumbull's chauffeur Phillips is found dead. Police considers it as a suicide but Nancy is convinced that it is a murder and starts her own investigation. The story continues in how Nancy unravels the mystery.

Although it was a good attempt I was disappointed by the way Nancy Drew was portrayed. She was shown as frazzled, with a high pitched voice and a lot less braver than what I had imagined of her when I read the books. Would have loved to see her more poised as well. Also the plot of the movie was a lot different than the book. They even changed the name of her boyfriend Ned to Ted. Despite the differences and downs it still is a decent movie for those lazy days.

1) Check out how the ice is being delivered in this vintage episode. 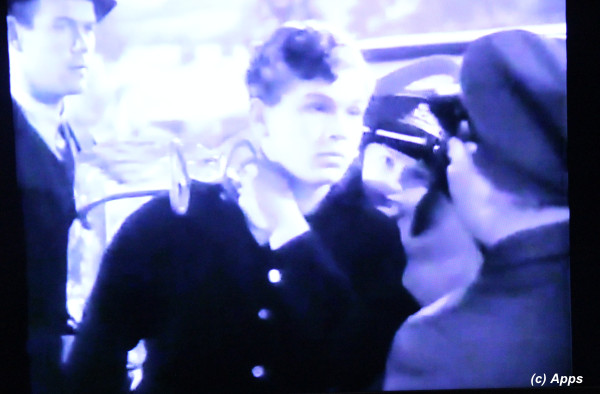 2) And the camera - oh so ancient that I only see in old movies now. Interesting how much technology changed in 77 years.