Stars: 4.5 / 5
Recommendation: If you like movies based on heist and also magic, then this is the perfect movie with a balance of both.

Now You See Me is a hit 2013 American heist thriller movie involving heist, magic and thrill. After watching Batman Vs Superman: Dawn of Justice I was curious to see what other movies did Jesse Eisenberg - portrayed as Lex Luthor in the Batman Vs Superman 2016 movie - had been in. His fast paced speech almost bordering on stuttering with the crazy look made me think he must have been more in the anti-hero roles. Indeed he had been in many thrillers but what surprised me was his portrayal of Mark Zuckerberg in the 2010 hit American film The Social Network - although I hadnt watched that movie either. I zeroed in on this movie after I heard about its sequel being made (which is now released already - I am way behind in my posts. **Sigh**) and also that the 2013 hit Hindi thriller Dhoom 3 ( = Blast 3) is loosely based on this film. Dhoom 3 released 7 months after Now You See Me released. So, finally I watch it and here is my take on the movie. 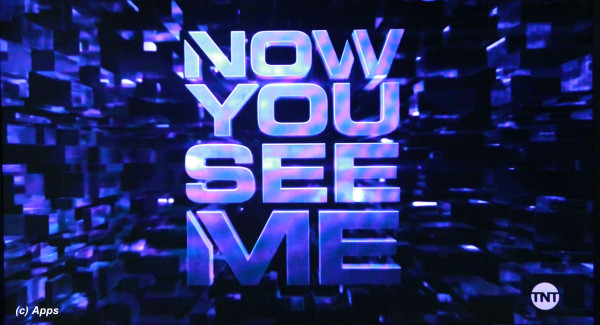 J. Daniel Atlas: What is magic? Magic is deception, but deception designed to delight, to entertain, to inspire. It is about belief. Faith.
Henley Reeves: Trust.

Thaddeus Bradley: When a magician waves his hand and says, "This is where the magic is happening." The real trick is happening somewhere else. Misdirection.

One day, four amateur magicians, J. Daniel "Danny" Atlas (portrayed by Jesse Eisenberg) - arrogant illusionist and street magician, Merritt McKinney (portrayed by Woody Harrelson) - a hypnotist and a mentalist), Henley Reeves (portrayed by Isla Fisher) - a stage magician, and Jack Wilder (portrayed by Dave Franco) - another street magician and impressionist of other people's voices  - receive each a Tarot Card with an address in New York City and time to meet. Danny is given The Lover tarot card, Merritt gets The Hermit, Isla gets The High Priestess and Dave gets The Death.

A year later all four of them perform their first major performance as The Four Horsemen at Las Vegas funded by Arthur Tressler (portrayed by Sir Michael Caine). In this show they magically transport an audience member to the vault of the bank he uses, the Crédit Républicain in Paris and in front of everyone's eyes gets the money drawn from the vault and into the arena where the show is being performed and shower it on the audience. And the vault in Paris is shown empty with two items left there - ticket stub of the audience member from that night's show and a 2 of Hearts card with the signature of the audience member. 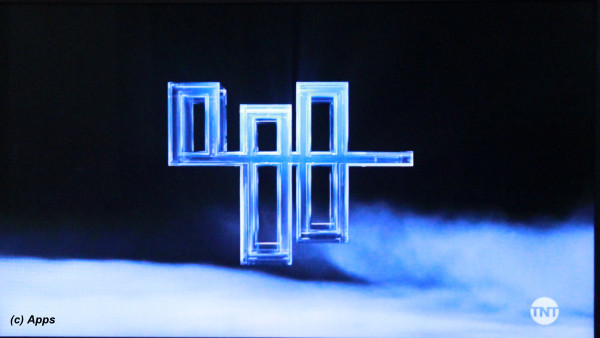 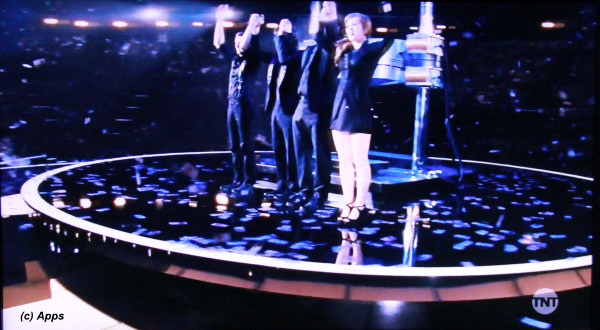 FBI agent Dylan Rhodes (portrayed by Mark Ruffalo) and a French Interpol agent Alma Dray (portrayed by Mélanie Laurent) are assigned to hunt and capture The Four Horsemen. FBI and Interpol believes that they are not magicians but plain con-men who have use illusion to perform an elaborate heist. They are assisted by Agent Fuller (portrayed by Michael Kelly) and Thaddeus Bradley (portrayed by Morgan Freeman) - a former magician himself but now unravels the tricks humiliating the magicians in the process. The hunt begins where FBI is on the heels of these magicians while they continue their performances, conducting heists and being more than a step ahead of FBI. 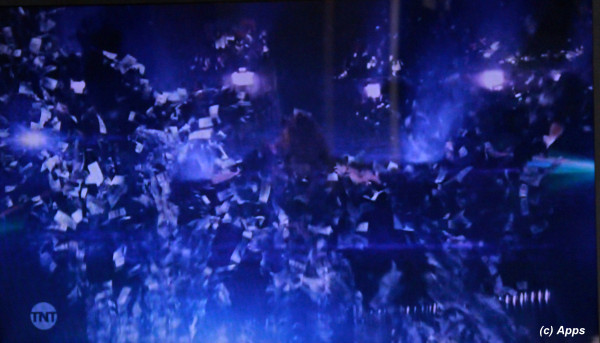 A very nail-biting movie that keeps you on the edge till the end. Combination of illusion, magic and heist with the added element of revenge. With so many unanticipated twists and sudden turns the movie keeps you well engaged. Excellent CGI and Cinematography. When we think that one is the avant-grade of the four horsemen someone else turns out. Who is the fifth horsemen who is running this elaborate show? Why don’t they keep the money they rob? What is the benefit of giving it away? The thought runs through your head all the while and capturing you to the screen. Another heist movie that goes into my collection of DVDs. Its on Youtube so go ahead and click that link to have a fun 2 and half hours.

1. Big Names In the movie are seen - Morgan Freeman and Sir Michael Caine - although rest are up and coming actors and have marked a small star beside these big stars.
2. Alma Dray: Supposedly if you buy into it, The Eye are the keepers of real magic and protectors of those who practice it.
3. The end credits have a break in between with a small scene of the four horsemen. Perhaps it would be a continuation into the sequel. Since I have not watched the second part I only have to guess.
Tags: critique by amateur, movies, reviews
Subscribe