Stars: 5 / 5
Recommendation: A family values and morals infused movie with twists that make you glued to the couch.

Happy Birthday Dad!! This is one of the favorite movies of my dad - has all elements that he usually looks for in a movie along with his favorite actors - Akkineni Nageshwara Rao and Vanisree. For his birthday that was on this day I am posting this for him. Aathmeeyulu ( = Soulmates / People Close To One's Heart) is a 1969 Telugu family drama released in black & white and written by famed Telugu author Yaddanapudi Sulochanarani. A simple plot with usual twists and turns that come in a family drama consisting of basic human nature. 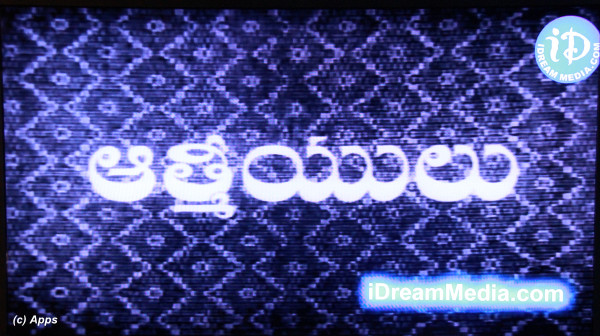 Veerayya works for Landlord Jagannadham but is killed while saving Jagannadham's life. The responsibility of his two kids (a boy and a girl) and his unborn child falls on Veerayya's sister - Mahankali - and his wife. Jagannadham and his brother Justice Rajaram offer monetary support for the kids (Suryam and Seetha) and ask Veerayya's sister, Mahankali to take care of the financials. Veerayya's wife dies in child birth and Mahankali gives away the newborn girl to a family who do not have any kids without anyone's consent and infact tells everyone that the child also died in child birth. Mahankali also has a son. Mahankali takes responsibility of all three kids but raises Veerayya's kids in utter misery. Jagannadham moves to city along with his son and goes into business with his brother there and lives with him and his daughter - although sending money timely to Mahankali. Veerayya's kids run away from their home and take shelter at a hotel owner who helps them by giving them job and also a home to stay along with means to educate. The story continues how with hard work the kids grow up to be good citizens, successful in studies, how they meet Jagannadham again, help each other in troubles and take care of themselves as well as everyone. The plot also connects Veerayya's given-away daughter, all the male counterparts including the rogue and the sub-plots seamlessly tying the loose ends.

It is so rare that we see movies filled with family morals and ideals lately. This movie is full of those bringing us back to the basic human nature - friendship, loyalty, honor, love, sacrifice, betrayal, crime, cheating, family morals and honesty. It also comes with some beautiful melodies - some are hit, some rare and some never heard (at least by me). Here are they in this collection.

Suryakantham as Veerayya's sister seems so nice and soft in the beginning but she is nothing but a fox under sheep-skin as always - the kind of roles that she is famous for. She meets her match in Vijayanirmala in this movie. 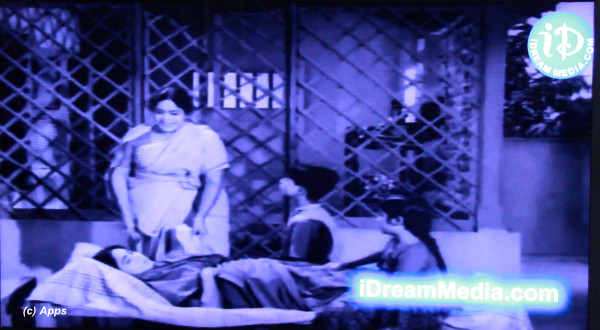 The style of wearing saree with a very short pallu quite famous at the time seems so different from what we wear today. And yes zero-size wasn’t in-fashion either. Such a relief. 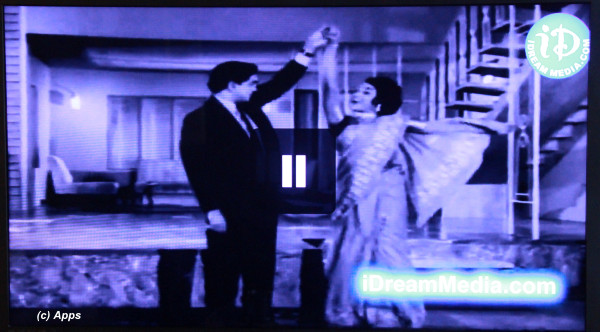 Vijayanirmala (portraying the role of Saroja - the give-away daughter) is a side-actress in this movie - she is the heroine for Padmanabham - who portrays the role of Chittibabu, son of Mahankali. She had not become a top actress by then. She even drives a Lambretta scooter - something that I hadnt seen in a long time too. 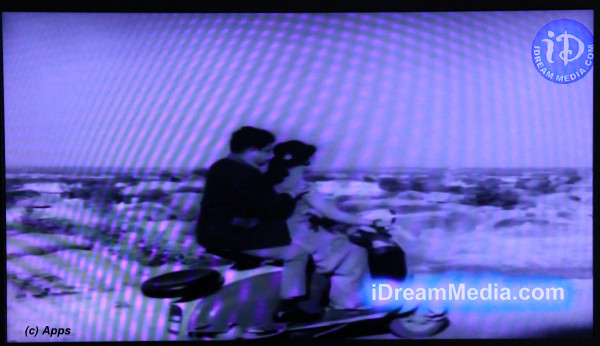 Commute by Rickshaws - I remember them as a kid but we don’t see them anymore. Modernization has changed a lot. 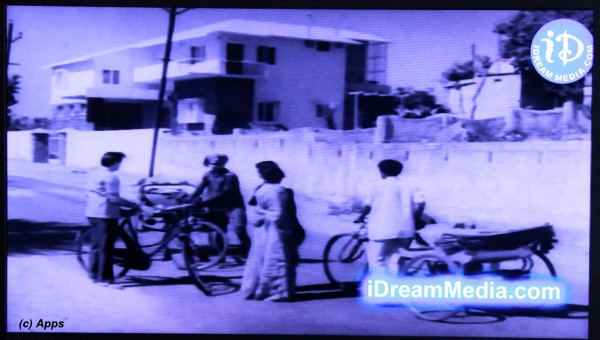 The side-actors also have their own songs in this movie which is much rarer in movies currently - Vijayanirmala has an up-beat song and a duet with Padmanabham. Chandrakala (portraying the role of Seetha - sister to Suryam) has a soft melody and a duet with Chandramohan (portraying the role of Chandram - son of Jagannadham) along-side Vijayanirmala.