Stars: 5 / 5
Recommendation: Romance on the air - old concept in a new bottle - another good watch for those cozy nights. Don’t forget the tissues!!!

Sleepless in Seattle is a 1993 American romantic drama starring Tom Hanks and Meg Ryan. This is their second installment together after the 1990 Joe Vs Volcano. Nora Ephron directed this movie. She also had directed the You've Got Mail (My review here) which was the third installment between these two actors. 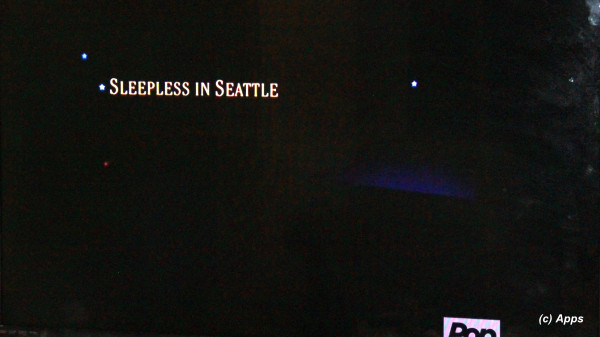 I had mentioned about this movie when I posted about An Affair To Remember movie. This movie is a kind of homage to this 1957 classic. The movie is even mentioned in more than few scenes and also uses the reference to Empire State Building at the end. Another movie that was made with low budget but went on to become a great success earning millions.

Sam Baldwin (portrayed by Tom Hanks), a Chicago architect, after losing his wife Maggie, moves to Seattle with his son Jonah to start a new life hoping to overcome the grief. Annie Reed (portrayed by Meg Ryan), a Baltimore Sun reporter, is engaged to Walter (portrayed by Bill Pullman) but feels something missing even though she wants their engagement turn into marriage.

On a return drive from her parents' home after the Christmas Eve dinner, she tunes into a radio program where Jonah is on the air talking to this talk show host about his father needing a wife. Sam comes on to the show a little while later and Annie listens to his grieving and thoughts of his wife. After listening to the show thousands of women write letters to Sam sensing him proposals. While Annie finds that she is missing the "magic" that Sam talked about between her and Walter. She writes a letter to Sam suggesting to meet on Empire State Building on Valentine's Day after watching Affair To Remember movie. Thus begins the tug of tale Annie faces between accepting Walter as is and her obsession to find Sam - coming pretty close becoming a stalker. :P

The movie has so many emotional moments that would consume all the tissues in your home yet you would run to the store and bring more so you can complete watching it. Annie's chirpy self and Sam's melancholy moods are so opposite to each other yet complement perfectly.

Carrie Lowell as Maggie - even though for very few scenes looks charming. I always will remember her as Assistant District Attorney Jamie Ross on the television drama Law & Order than any other role. 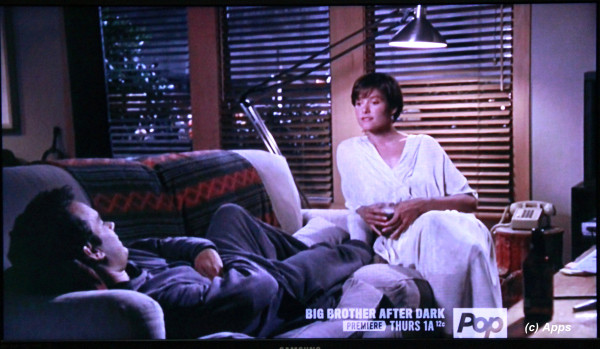 The first time Sam sees Annie in the airport, he realizes that he can love again if the girl looks like her. 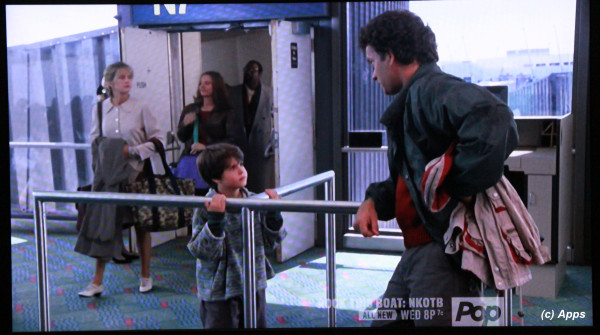 The director has also put in bits and pieces of Maggie in Annie to make it look equally plausible for Sam to fall for her. For someone who doesn’t believe in superstitions, Annie falls for signs and so does Jonah. Another connection that the director has smartly included getting all the elements under one umbrella. Scene below shows were Annie thinks its a sign that her impending nuptials with Walter may not be right because the wedding dress tears while trying on. 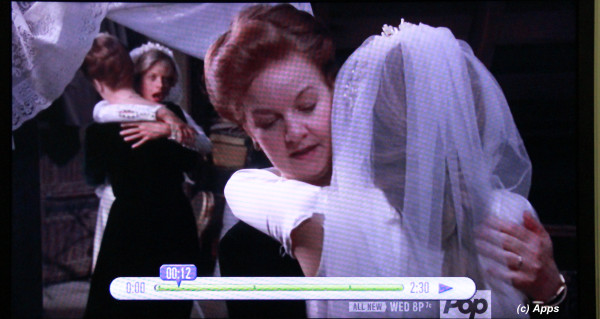 The director adds the reference to The Affair To Remember movie again using the dialogue "hello" and the scene mimicking from the movie although in a different way. 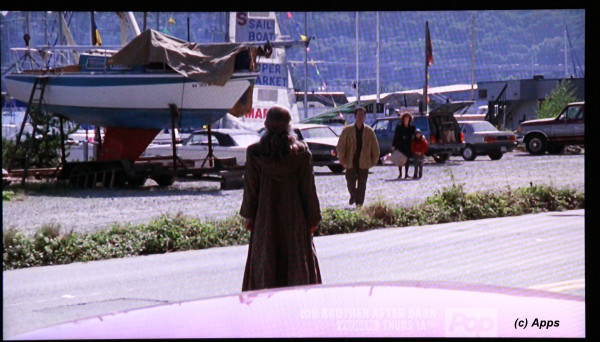 And here is the one from Affair To Remember movie.

There is plenty of comic relief as well not to forget that.

It is so interesting that in the entire movie although Tom Hanks and Meg Ryan are the lead actors, they do not share more than 2 mins of screen space together. Yet the entire plot revolves around them. This unique concept perhaps has made the move all the more lovable. 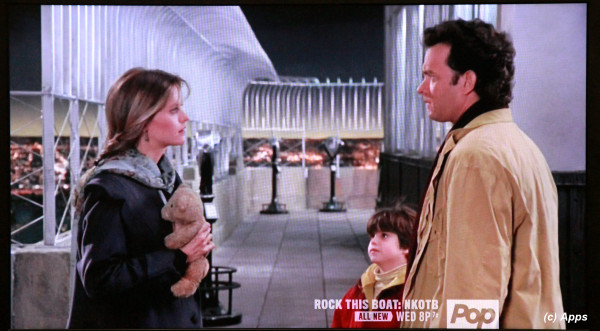 I recommend this movie for those cozy days but caution you that keep a bunch of tissues beside. Enjoy it in leisure.
Tags: critique by amateur, movies, reviews
Subscribe