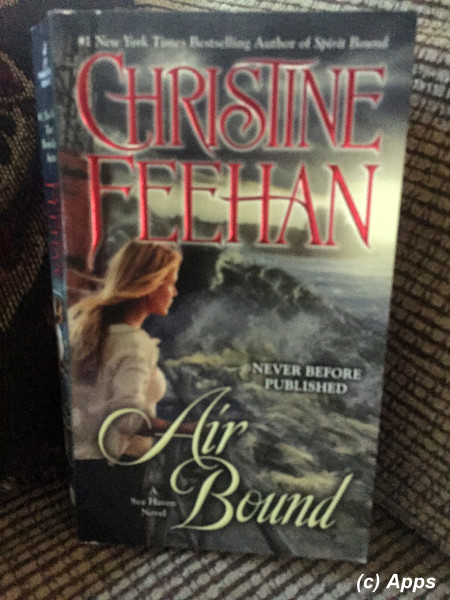 Airiana Ridell had grew up not knowing who her father was and losing her mother while she was working on a special project since she was seven years old. And now she is being kidnapped by someone to take her back to her father whom she had never known. Theodotus Solovyov - the brilliant Russian scientist and contemporary to Damon Wilder (husband to Sarah Drake - oldest Drake Sister) trying to save whom Gavriil Prakenskii risked his career and now in hiding - turns out to be Airiana's father. Although her kidnappers had some other agenda on their plate, Maxim Prakenskii is taking her away from them directly to her father. Why does Theodotus want to talk to her now when he had never acknowledged her existence? Is it a coincidence that Damon Wilder had wanted to speak to her as well the same day she is being kidnapped - one whom she had met when she was 14 while working on her project for U.S. Department of Defence, for which Damon still worked?

Maxim was ordered to kidnap and bring Airiana to Theodotus and Evan Shackler-Gratsos, twin brother of the very-dead Stavros Gratsos. He has been told that Evan want to use her as leverage to force Theodotus to provide information that had been on the chip that was stolen from him by Jean-Claude La Roux but information lost now because it was floating in oil in one of the kaleidoscopes that Judith Henderson (another sister of the heart and wife of Stefan Prakenskii) had made. Maxim has his own set of plans while he is usurping Airiana from Evan's ship right under his nose.

Why was everyone suddenly interested in Airiana and her past work? How far will Maxim and Airiana go to bring down the human trafficker Evan Shackler-Gratsos? Will they be able to help Theodotus out of his trouble? Or is he really in trouble? Will Maxim accept Airiana for what she is to him? What is Airiana's past that terrifies her most? Why is Sorbacov cleaning up his schools and ordering hits on these men that he had created and who had served patriotically? Christine Feehan delves into the darker world of crimes unimaginable giving us glimpses of how cruel a man can be. Her writing makes one gets urge to become a Maximg or an Airiana to get such kind of scum out of this earth. This book definitely is a bit darker but it is something you should read and see more sides of the Sisters of the Heart and the Prakensii brothers.

Spoiler Alerts:
a) The biker club that was mentioned in Hidden Currents gets mentioned again here. I am curious to see if this relates to the new series Christine Feehan is spinning off of this series.
b) The oldest of the seven brothers is finally given a name in this book - Viktor Prakenskii. Maxim and Viktor systematically hunt and kill all the people responsible for his parents' murders. But they are still unable to reach the person who actually gave the order.
c) I am still waiting for Elle Drake and Jackson Deveau to come back from their extended honeymoon to see what they will do about Lev Prakenskii settling in Sea Haven - since he was connected with the Stavros Grastsos and although tried to save Elle Drake, Jackson might not see that way.
Tags: books, critique by amateur, reviews, sisters of the heart
Subscribe