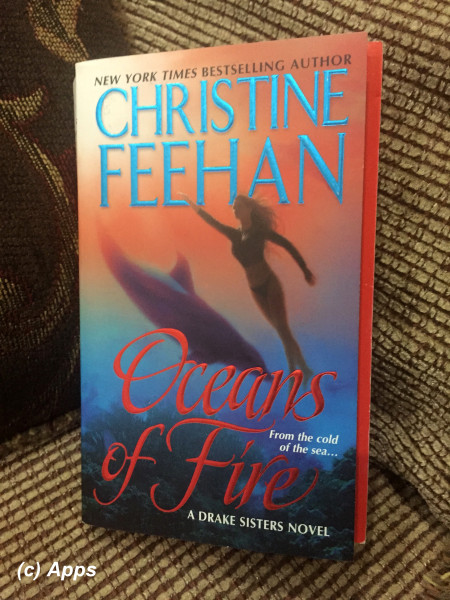 Abigail "Abbey" Drake, the third sister, possesses the ability to make others speak truth as well as her strong affinity to water and bond with dolphins. In one of her swims with dolphins she comes across a cold-blooded murder being committed on the very same shores that she enjoyed swimming. In the attempt to save Gene Dockins, whom she knew since she was a child, and was injured in the cross-fire, she gets scraped by bullets and sharks. She finally gets herself and Gene safely on to the pier with the help of dolphins only to come face to face with a pair of mid-night blue eyes filled with ice cold rage belonging to one Aleksandr Volstov. An interpol agent and the last person she expected to see in her home town brought back haunting memories to her. And now she is again back in the sights of not only Alexsandr but also the killer by saving Gene.

Aleksandr also had not expected to meet Abbey, of all the places but here - right in the middle of his case. He and his partner Andre Danilov stumbled upon something bigger than what they had anticipated when they originally started this case. That brought them to Sea Haven and now Danilov was murdered, Abbey was a witness to it and he is come full circle right in front of her again - his fiancée nonetheless. He was following the trail of smugglers who were shipping stolen antiquities and jewelry from Russia to this part of west coast in US.

But what was the reason for Abbey to break away from Aleksandr? What happened in the past that scares Abbey even now? With the killers hunting Abbey, will she be able to accept her flaws as she sees, accept Aleksandr's help and outsmart the killers? Will Aleksandr be successful in keeping her this time? To top it all the famed Russian killer Ilya Prakesnkii is in the vicinity which means his boss would be around too. Why is he here? Why is he watching Abbey or is he?

Christine Feehan again at her best in weaving a web with strings of international smuggling, espionage, murders and treasure hunters all surrounded by the lattice of love and sexual tension between Abbey and Aleksandr. The story also starts thickening from this book onwards showing so many elements and dark evil worlds of human nature. Its not just another magical and erotic story anymore. Thoroughly enjoyable read even though I still feel that there are so many repeat paragraphs - which is normal trend with Christine. Well, what's holding you all to pick this book? Go on, pick it up, sit by a window or your backyard and get lost in the world of magic, intrigue, mystery and love.

Spoiler alert: Ilya Prakenskii, partner to Joley Drake gets introduced in this book and their face-offs (Joley and Ilya's) continue for the next two books before they finally merge in the sixth installment Turbulent Sea.
Tags: books, critique by amateur, drake sisters, reviews
Subscribe