Night game is the third instalment in the Ghostwalker series by Christine Feehan and published in November of 2005. The plot centers around Raoul "Gator" Fontenot and Iris "Flame" Johnson, set in Louisiana bayous, picking up from where the previous book Mind Game left off.

Ghostwalkers are a group of women and men who are sent on special missions. They have enhances psychic and physical abilities along with genetic modifications, of which some abilities more rare than others. However every Ghostwalker would need an "anchor" to draw back the psychic backlash, especially that would instigate violence. They are complex characters trying to live with their enhanced abilities and at the same time fight against the corrupt people around them, executing their missions successfully. So far we are introduced to two teams of GhostWalkers and one group of Orphan Girls on whom Dr. Peter Whitney had experimented. He has paired each of his GhostWalker men with the women in the hopes to breed the next generation of GhostWalkers. 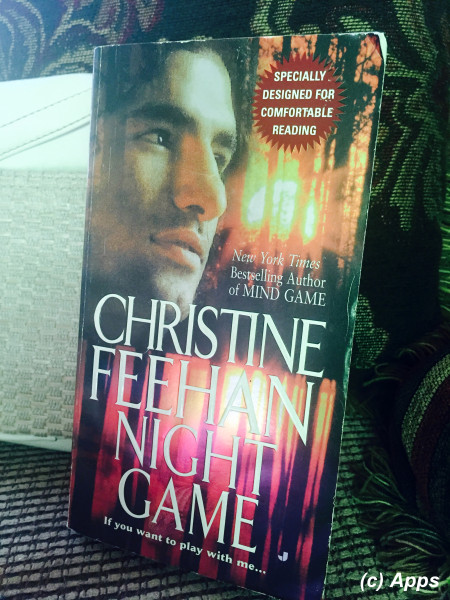 In the previous book, Mind Game, Jesse Calhoun, one of the GhostWalkers from Team Two - Navy Seals, had suffered immense torture and lost the ability to use his legs from below knees, confined to wheelchair. He decides to head back to his home town, where he owns a radio station and run it. So, as a reader, I naturally expected the next story to be about Jesse Calhoun and perhaps we get to see more of the Team Two.

Instead Christine Feehan continues with Team One, an opens up her next plot surrounding Raoul "Gator" Fontenot, the next member in Team One, and Iris "Flame" Johnson, the third orphan girl from Dr. Peter Whitney's Group One of girls whom he had experimented on. Since the plot in Mind Game was set in Louisiana bayous and gives a lot of more of Raoul's home in that area, it could be considered that Christine would naturally segue into his plot. Yet, Jesse Calhoun captured my heart so much that I can't wait to read his story.

Gator gets called to his homeland - bayous of New Orleans - by his Nonny (grand mother) to help his grand-mere and his brother Wyatt to find one of their friend, Joy Chiasson who went missing. The day he was leaving, Dr. Lily Whitney-Miller (wife of their Captain Ryland Miller and the adopted daughter of Dr. Peter Whitney) asks him to look into another one of the girls her father had experimented on - Iris "Flame" Johnson. She believed that Iris was in the same neighborhood as where Joy went missing and that Flame was also looking for the girls from her father's experiments.
After her father, Dr. Peter Whitney, gets murdered, Lily finds out that Dr. Whitney had taken orphans from around the world who had psychic capabilities for his experiments - long before he had started them on grown men and women. And she was one such orphan, only he chose to adopt her.

Despite the sorrow the reality caused, Lily is determined to find each and every girl and bring them back to safety. She found Dahlia recently (in the book Mind Game) and now she is asking Gator to find Flame. Gator agrees to do it and if he found her will bring her back to safety. Neither Gator nor Flame know that they both are being hunted by unknown enemies. Flame with her special abilities in equal with Gator's they take on the enemies, along-side trying to find about Joy and at the same time fighting off their sheer chemistry, all the while trying to build a trust.

What was different about this book was the element of humor. So far we have been seeing mystery, romance, eroticism, paranormal and the undefined. But with this book, Christine introduces the fun element. Gator, with his charming cajun accent sprinkles laughter around loosening up Iris along. Iris, known to be an anchor, butts with him head to toe, in all levels - sexual, elemental, strength, heart and mind - enjoying the ride.

Two alpha ghostwalkers when paired would bound to cause fire and electricity and so do these two. Christine has masterfully spun this web around them enticing us with their relationship which is fun and easy one moment and hot and spicy the next.

In Mind Game, Nico Trevane and Dahlia Le Blanc take shelter in one of Raoul Fontenot's homes in the bayou when they are escaping from the antagonists. In their love making, due to the amount of energy that they both dispense and how it gets manipulated, they single the windows and walls on the room they are in. I kept thinking that Christine would bring this up again when she writes down a story for Raoul, all the time I was reading that book. Indeed she brings it back as expected. She never leaves any of her those inconsequential details get lost in her myriad of plots. That is what amazes me about her books and writing and plots. 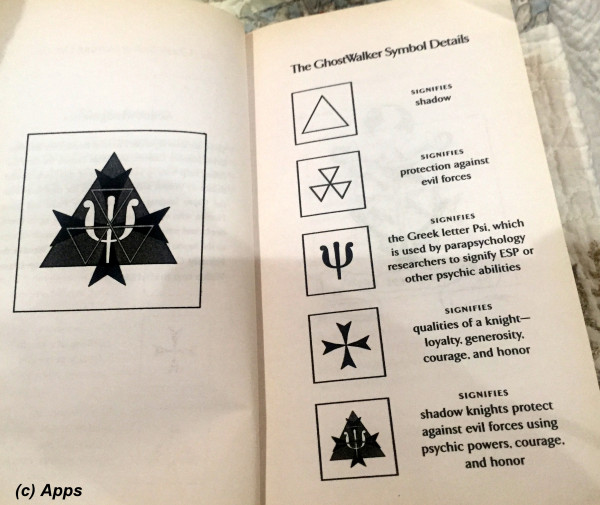 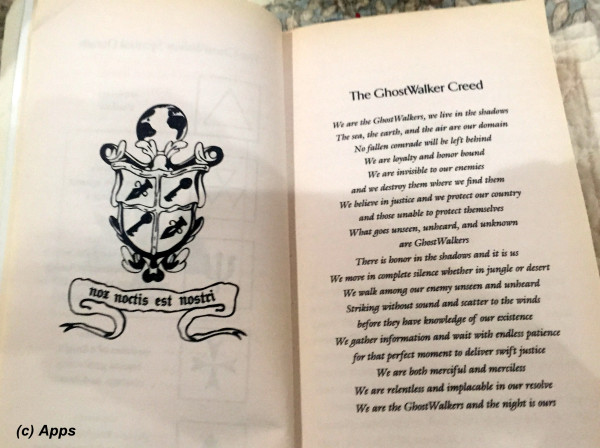 All in all, another beautiful plot in a series that will blow your mind off. A definite recommendation to continue the series and adults only please!! :P
Spoiler Alerts:

1) Plot Reveals:
a. Christine thanks her dear friend Cheryl L. Wilson in this book. She has thanked Cheryl in several of Carpathian books from the Dark Series and also in the Leopard Series. We, as readers, know Cheryl Wilson as C. L. Wilson, and for her famous series Weathermages of Mystral.
b. Dr. Lily Whitney-Miller is shown to be pregnant in this plot.
c. Raoul Fontenot's family is introduced - his three brothers (Wyatt,) and his grandmother Nonny.
d. Wyatt Fontenot has romantic feelings towards the missing girl, Joy Chiasson.
e. Dr. Peter Whitney who thought be dead in the first book Shadow Game, is most likely alive with very dangerous ulterior motives in his mind. Among the horrific experiments he had done on the GhostWalkers, he tracked them with a computer chip in their body so they never are free of him.
f. We also see in this plot that Ken Norton, from GhostWalker Team Two, is captured by the rebels in Congo while rescuing a scientist and his team. His twin brother Jack Norton and a few of his team members along with Nicolas Trevane and  Sam Johnson from GhostWalker Team One head to Congo to rescue Ken. But in the process jack Norton gets hit and lost from the team. My strong feeling is that Christine's next book would be focused on this scenario with the plot centering on Jack Norton.

2) Sub-Plots:
a. GhostWalkers have their own doctor who takes care of them as well as keeps them safe from the outside threats and politics - Dr. Brandon Adams
b. GhostWalker Team One, special forces team comprised of Army Rangers and Army Green Berets; first introduced in the first book, Shadow Game - under direct command of General Theodore Ranier
i. Headed by Captain Ryland "King" Miller, can walk in dreams and also psychically link his team. His story was told in Shadow Game, and he marries Lily Whitney, one of the orphans from Group One and adopted daughter of Dr. Peter Whitney, at the end of that book.
ii. Nicolas "Nico" Trevane can walk in dreams and is an anchor. His story is told in Mind Game, and he marries Dahlia Le Blanc, one of the orphans from Group One, at the end of that book.
iii. The other team members consists of Kadan Montague, his second-in-command and also an anchor; Raoul "Gator" Fontenot can control animals; Sam Johnson can move objects; Jeff Hollister can walk in dreams, move things and levitate; Ian McGillicuddy can sense danger coming; Tucker Addison; Jonas Harper; Kyle Forbes
c. GhostWalker Team Two, comprising of Navy SEALS working with NCIS; first introduced in this book; under direct command of Rear Admiral Frank Henderson - headed by Logan "Max" Maxwell; Jesse Calhoun; Todd Aikens; Martin Howard, Neil Campbell; Jack Norton; Ken Norton
i. As of Mind Game plot, Jesse Calhoun suffers immense torture, losing his ability to use his legs from below knees, confined to wheelchair. After getting treated for his torture decides to go back to his home town to run his radio station.
d. Group One of Dr. Peter Whitney's Orphans: Twelve orphan girls on whom he had conducted his experiments to make them psychically enhanced - Lily Whitney-Miller, the only girl he had adopted for himself; Dahlia Le Blanc; Iris "Flame"; Tansy; Jonquille; Laurel; Rose
Tags: books, critique by amateur, ghostwalker series, reviews
Subscribe