Stars: 2.5 / 5
My Recommendation: A confusing character for me but a good pick for a one-time watch.

Deadpool is the eight installment in the X-Men series based on the character of the same name and released in 2016. It was portrayed by Ryan Reynolds. The movie is about a superhero who doesn’t want to be called a superhero and at the same time tries to help everyone in need as best as he can.

Despite the humungous box office success, I can say that I am not a fan of this super hero. Why you ask? Well, go on and read my take.

The basic plot revolves around a former special forces operative Wade Wilson who works as a mercenary in New York city. He helps people in his style and doesn’t like to be called as a superhero. He meets an escort Vanessa Carlysle, dates her and proposes to marry her. However he gets diagnosed with cancer and moves apart from Vanessa. When a mysterious recruiter approaches him to give him an experimental cure for his cancer, he goes for it so he could be with Vanessa forever. He meets Ajax and Angel Dust who inject him with serum supposedly to cure cancer. But he learns that they are creating super-soldiers with mutant genes and to be sold as slaves to rich customers. Wade tries to escape but he gets converted to a creatures with burnt like scars all over his body although his cancer gets cured. 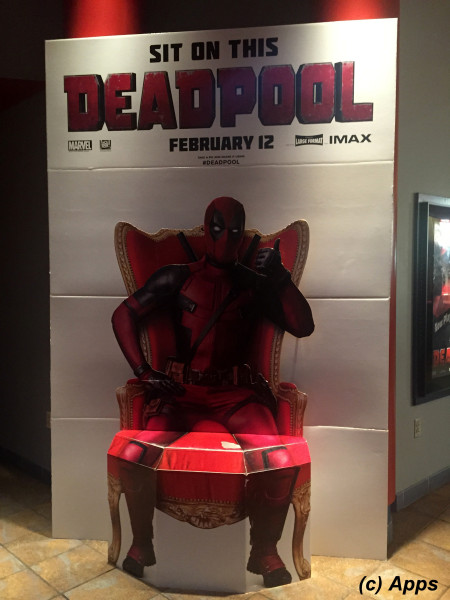 What follows next is his acceptance of becoming Deadpool, his attempt to get back to Vanessa, his attempt to use his powers for the good and finally his goal to destroy the laboratory where Ajax was producing more such super-soldiers and eventually get rid of Ajax and Angel Dust.

This was the first time I had seen this character in a film and not having read about him before as well I went in with no expectations. I can say that I liked a few things about Deadpool and a few things I didn’t.

What I liked about the movie:

1) The non-superhero complex of the Wade - someone who doesn’t want to be recognized even though he has done good for others. That grabbed my attention.
2) The opening credits - Super clever by the director and cinematographer. Who would put on screen "Produced by Asshats"? Super brilliant. Not only an eye-catcher but also a conversation point. 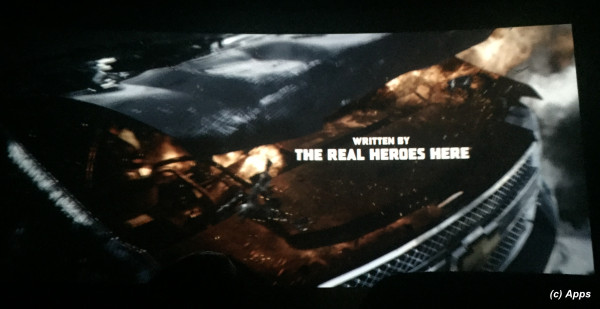 3) The flow of the story - Its part flashback and part current. The mix tied the entire plot very well.
What I did not like about the movie:

1) The constant bickering and yapping of Wade was getting on my nerve after a certain time. He just doesn’t shut up. I wished that he could keep quiet for at least two minutes on the screen when he is shown. But no, every frame he was in he was talking. Aargh
2) The "f" bombs - Oh there were so many of them. At a point I thought that if this movie was playing in India more than half the movie would be just "beeps".
3) Connecting to the character - Normally when I watch a movie I end up connecting to the characters so I can enjoy the emotions and words much more. Here I just couldn’t connect to Deadpool. No matter how much I tried he just ended up on the outside of my border refusing to come in to connect.
4) Deadpool appeared in X-Mens Origins: Wolverine first before he had his own movie. But since I could not connect to the character I couldn't place him in that movie either until I read online.

All in all a good one-time entertainer if you can survive the "F" bombs.
Tags: critique by amateur, movies, reviews
Subscribe