Stars: 3.5 / 5
Recommendation: Yes, go for it as it will give one to look at the same scenario from different vantage points and how a bend in the road changes courses

Nicholas Spark's fifth novel was titled A Bend in the Road and published in 2001. When one reaches a crossroad one has multiple choices to make and move forward. However when the road traveling has just one bend, what do you do? Take it and move on or walk back? That's exactly what happens for Miles Ryan, not once but twice. Once when his wife Missy Ryan is killed in a hit-and-run accident. The second time when he has to make a choice between the love found second time around and bringing justice to Missy. 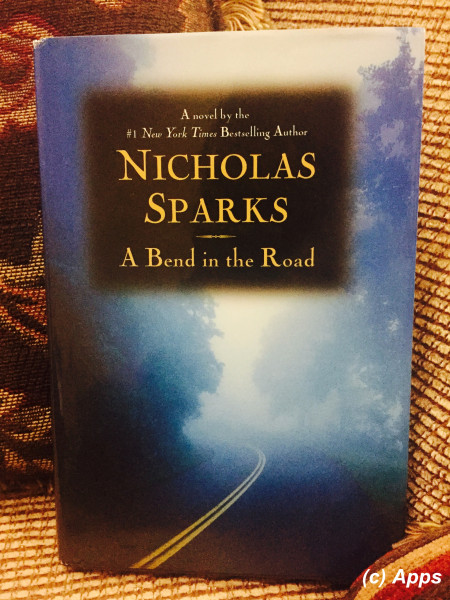 Sarah Andrews moved to New Berlin from Baltimore after her divorce because she was unable to give birth to kids. She settles down as a second-grade teacher. Miles Ryan is the deputy sheriff of the town who was still coping from the loss of his wife yet a doting father to his seven-year old son Jonah. Sarah incidentally is one of Jonah's teachers too who helps him bring up his grades. Through Jonah, Sarah and Miles meet, get to know each other and eventually fall in love. All is rosy and good until they reach the bend in the road.

New evidence in a different case connects to Missy's hit-and-run accident. Miles gets obsessed with it and almost goes over the bend that gets him suspended from his duty. Sarah also finds a big secret that pertains to Missy's hit-and-run accident. What will Sarah do? Will she share it with Miles? Will Miles go for justice in his way? Will the road for Miles and Sarah end here?

Sparks spins the story weaving the emotions and feelings between the three primary characters very well. He writes the story in a third person's point of view so we do know that there is a fourth primary character too. Also he gives the reader a choice to view the crux of the story from different vantage points, thus giving the reader an ability to come to their own conclusion despite the ending. Another book of his that leaves me to tears and breaks my heart every page I flip through - sometimes in a good way and sometimes wrenching it off my soul -  even though it makes me want to watch a cartoon after putting the book down.

All in all another good book from Nicholas Sparks. I wonder why this has not been made into a movie yet.
Tags: books, critique by amateur, reviews
Subscribe