Introduction of the Murdoch Mysteries series in my words, go here.
For Review of all seasons in this series: Go here.
Stars: 4 / 5
My Recommendation: A must watch

And here is my take on Season VI of this series - some of the unique stuff from the episodes. The show enters the 20th century.

Episode 1: The 20th century episode begins very aptly with flying machines and prototype airplanes, and remote controlling technology. A new delicacy called hot hamburger is seen being eaten by Constable Crabtree, however this is a hamburger between two regular slices of bread rather than buns. If there are planes then whom would you expect to see? Of course, the Wright Brothers. Inspector Crabtree muses, "I thought the two from Ohio had potential." :)  Concession 51 - similar to Area 51 - is visited again by the Constabulary.
Aviators are called as Avionauts by Terrence Meyers, a government agent. Flying Military - as we know as Air Force - is pursued by the government. And Murdoch flies a flying machine (similar to a glider) that holds two people, built by James Pendrick - a recurring character in the series, sort of an inventor and friends with Murdoch.
Towards the end Murdoch comments (when Pendrick destroys his plane so it wont be used for war), "You know, someone will get up there someday. You're risking losing your place in history." And truly enough Wright Brothers got written in history. Also he ends the conversation that he was the first man to fly. At least for the sake of the series, it does apply. :)

Episode 2: Murdoch investigates a death that a young Winston Churchill is charged against in this episode. Murdoch invents an Induction Balance Machine that could be used in gathering metal to detect metal, similar to a metal detector. With so much openness he has for technology and otherwise, Murdoch still has a conflicting opinion on Divorce. That was a bit surprising. At the end Churchill, when asked to sign Inspector Brackenreid's autograph book comments that he perhaps is not worthy of it. To which Inspector comments "Ah, give it a scribble. Who knows. Maybe you'll be Prime Minister yourself someday." These little bits of history pieced within the mystery always intrigued me to continue watch this series.

Episode 3: The era gets introduced to Pizza Pies in this episode. Dr. Grace and Constable Crabtree muse about delivery service of Pizzas and also frozen ones. The serial killer in this episode is called as sequential killer, a term coined by Dr. Ogden. Murdoch also rigs up a "Scrutiny Camera" - similar to security cameras - except that this takes pictures set on a timer of 4 secs. He then plays the pictures back as a video. Smart invention.

Episode 4: What would you do if a character from your favorite books happens to meet you on the road? Well that exactly what happens in this episode. Murdoch meets Sherlock Holmes, well someone claiming himself to be Sherlock Holmes, while investigating a murder. It is shown that Sir Arthur Conan Doyle revisits Murdoch to meet Sherlock and inadvertently gains ideas for his next set of books. He even gets the name of a character from him - a Sebastian Moran, a henchman to Moriarty. Advancement of medicine into psychiatry is also shown in this episode.

Episode 5: Murdoch is flabbergasted with a nudist colony in this episode. He also uses the Induction Balancing Machine to find a bullet at a crime scene. Also the concept of prosthetic limbs using Vanghetti Method is shown here. Also when a troupe called the Paris Revue is supposed to come to town, there is uproar of the girls in the show revealing bare legs. I guess that fight still continues but in a different way now. Murdoch uses candle wax and polymer to form a stretchable material that could lift off ink from a distressed leather wallet. Inspector Brackenreid muses that he could take some of this putty home for his boys to play. Perhaps that turned to a Play-Doh now. :)

Episode 6: The episode deals with poisonous gases. At one point, a chemist, Dr. Sanjay Prasad - whose help Detective Murdoch seeks help, mentions at the Hague Convention a declaration was put forth banning asphyxiating gases from warfare. But that was moot as US and England refused to sign the pact. Perhaps they should have, a lot many wars would have been stopped. In order to solve a critical piece of hint the detective uses some more analytical deductions by using the azimuth and elevation of the sun. The episode also shows a device that works on a time-release mechanism that the suspect wanted to use it to release a poisonous gas also called as Cloud of Doom. They show the constables trying on something called breathing masks…that look very similar to modern gas masks. In the end the suspect uses just liquid fog aka dry ice to put his plan in place. Episode 7: This episode, Murdoch, deals with ghosts and shell companies. Constable makes well use of the Scrutiny Camera aka Security Camera. Murdoch uses a mixture of zinc sulphide and facial cream to create something similar to what is used in all the glow-stuff made now-a-days - Radium. 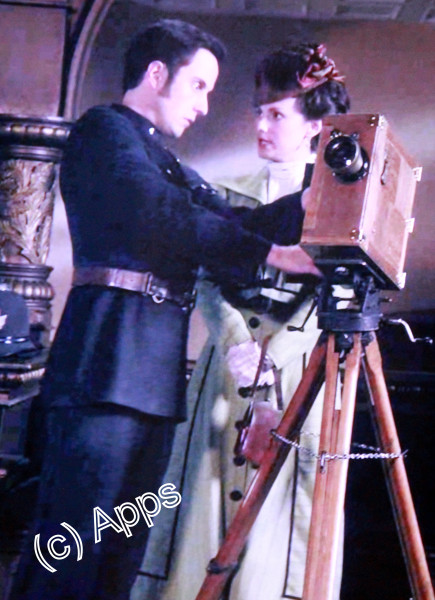 Episode 8: A multi-stored hand-operated elevator is the location of murder in this episode. The Police use an Identikit again here - similar to facial recognition software but manual. 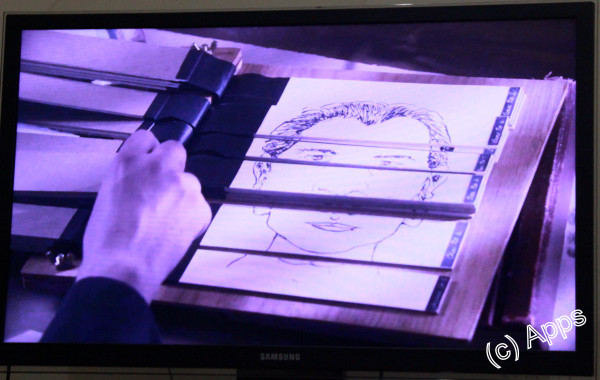 Episode 9: The Wizard Of Oz gets published. Constable Crabtree and Dr. Grace got for a reading of the book, the tickets to which were quite expensive. Must have been some reading. :)

Episode 10: Dr. Grace finds a way of tagging the corpses when she gets more than one in her morgue. A similar tag still is used now in all morgues. A fraternity for women is shown here called the Toronto Adelphean Society, for univerity educated women.

Episode 11: Reincarnation is the center in this episode. However Inspector Brackenreid comments, "I know what reincarnation is. It's a load of Eastern bollocks." :) The term fantasy is called "fantastical" in this era of Canadian English. A Dr. Alois Alzheimer's research is disucssed. Dr. Ogden comments, a bit baffled, "Some of the symptoms he's studying match, but it doesn't explain the delusions. Perhaps she has another form of dementia. Unfortunately as yet unnamed. I can't use any of this in her defense." Alzheimers disease was yet to be discovered.

Episode 13: In order to exonerate Dr. Ogden from a crime she hadnt committed, Detective Murdoch and his friends Inspector Brackenreid, Constable Crabtree and Dr. Grace uses all their wits and experiments in this episode. Detective uses wax to make an impression of a fingermark, then later uses Silly Rubber (similar to Silly Putty) to extract a print, creates a face mask by putting plaster of paris on his face,  Dr. Grace uses a skeleton to create the angle of blood spatter - something that was never tried before. The killer uses an automated device that will release CO2 when someone lifts the receiver of a phone - similar to bombs that are activated by a cell phone, also uses a device to shoot a gun when the victim opens a music box, another trigger-device to open a trap door when the detective tries to recreate the murder, a new drug that puts humans into a brief coma if used in lower doses but puts dogs down for good.
Tags: critique by amateur, murder, murdoch mysteries, mystery, reviews, tv shows
Subscribe