Continuing with the critiques I started in 2015, here is the next in series – a book review.
Prologue: Go here.
For Review of all books in the series: Go here.

Stars: 4 / 5
Recommendation: Do pick this up to continue with the series. 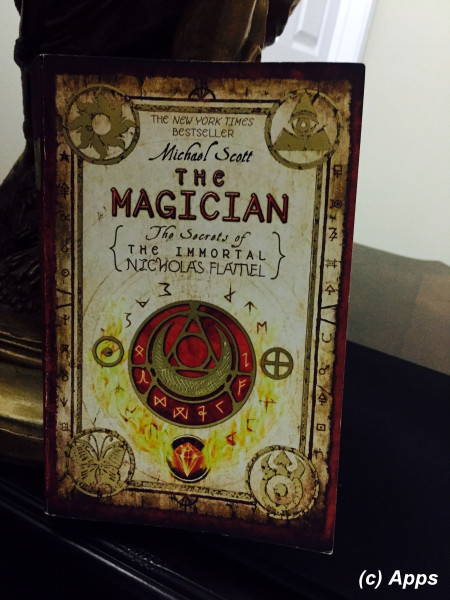 This is the second book in the series titled "The Secrets of the Immortal Nicholas Flamel" written by Irish author Michael Scott and published in 2008. While the first book gave us a glimpse into the world of the Alchemyst Nick Flamel, this book ventures further into the life of The Magician - John Dee.

After successfully awakening Sophie and thwarting the attempt of Dee kidnapping Josh, the twins and Flamel along with Scathach reach Paris. However they are not yet closer to rescuing Perry nor escaping Dee permanently. And now they face Dee's rival Niccolò Machiavelli also working for Dark Elders as Dee. Sophie still has to learn to tone down her newly awakened powers while Josh is yet to be awakened. So the journey continues again with new forces to help them. This time Comte de Saint-Germain and his wife Joan Of Arc (yes I am serious. :)), ghost of Juan Manuel de Ayala who helps deliver a message from Perry to Nick and Areop-Enap - a Spider Elder who aids Perry. Josh also acquires the Clarent, twin blade of Excalibur, given by Nick of course. Among the foes they encounter the three Disir known as Valkyries, Nidhogg (which was trapped in the Yggdrasil but gets free when Dee destroys the tree) and Dagon - Machiavelli 's assistant. In the process they lose Scathach to Dagon into the Seine River and also lose Josh to Dee. However they trace back to Josh in-time to see that his powers are awakened by Mars Ultor.