The last installment in the Indiana Jones series of movies was this 2008 blockbuster Indiana Jones and the Kingdom of the Crystal Skull, release 19 years after the third installment - Indiana Jones and The Last Crusade. Harrison Ford reprises the role and so does Karen Allen as Marian Ravenwood - Indie's former lover. Shia LaBeouf joins the cast as Indie and Raven's son Mutt Williams, while Cate Blanchett plays the enemy as Irina Spalko. The plot is set in 1957, nineteen years after Indie's escapades in The Last Crusade, and begins with Indie and his partner George "Mac" McHale kidnapped and taken to "Warehouse 51" aka Area 51 by the Soviet agents under Colonel Dr. Irina Spalko, to locate an alien mummified corpse that US had recovered 10 years earlier. Mac reveals then that he was a double agent working for the Soviets. He escapes but fails to retrieve the corpse that Dr. Spalko gets away with. He escapes into Doomtown - a model town in Nevada Test Site - just before an atomic bomb test occurs. He escapes that in a lead-lined refrigerator but is taken by FBI. General Ross however vouches for him and gets him freed from FBI but is put on an indefinite Leave of Absence from Marshall College. What was in that steel box that Dr. Spalko had taken? Why were the Russians after it?

As Indie is ready to leave America to London, Mutt Williams approaches him with information that Harold Oxley had found a crystal skull in Peru and has suffered a mental breakdown but was kidnapped along with his mother who had sent him a letter with the details and tasked him to take help of Indie in finding them. Indie explains that the legend of crystal skulls is found in Akator and that if that crystal skull is returned by anyone to Akator they would gain powers. Mutt and Indie are interrupted by KGB and they escape from the Marshall College and reach Peru where Oxley had been in a psychiatric ward. Oxley's ramblings on the walls lead them to the grave of Francisco de Orellana - a Conquistador who was lost searching for Akator. They are kidnapped by Mac and the Soviets and taken to their camp in Amazon where they meet with Oxley and Mutt's mother Marion Ravenwood. Indie comes to know that Mutt is his and Marian's son Henry Jones III. Thus continues the quest of the Jones family along with Oxley, Mac and the Soviets in search of this city of Crystal Skulls.

Despite being part of the franchise, I was a little disappointed with the routine and boredom in the plot at places. However Harrison Ford definitely made me glued to the chair. Shia may not be the right choice for the role as he reminds me so much of Sam Witwicky from the Transformers series - the first in that series being released a year prior to this film. He still carried the shadow of Sam into the role of Mutt.

Jim Broadbent plays the role of Charles Stanforth - the dean of Marshall College - as a stand-in for Marcus Brody's character. Denholm Elliot who originally had played the role of Marcus Brody had passed away in 1992. We see a picture of Marchus and Indie's father on Indie's desk. 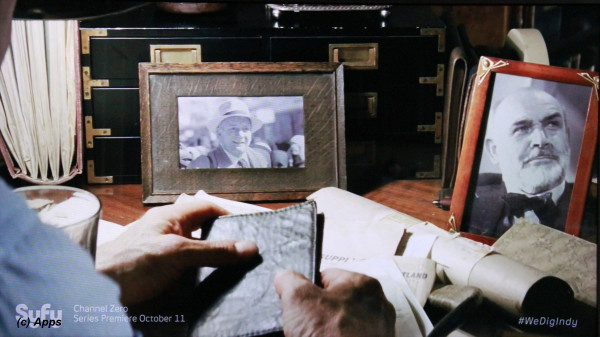 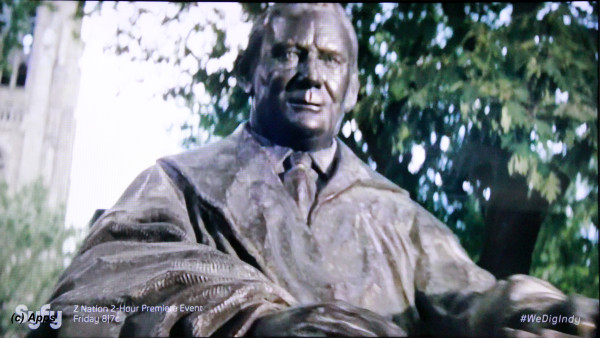 Psychic Research, Treasure Hunt, Paranormal Military Application, Ancient Skulls and Legends, like father like son in Indie and Mutt and finally the on and off romance between Indie and Marion - all ingredients for a perfect formula of an Indiana Jones film. The age doesn’t count at all when Harrison Ford is playing the role of Indiana Jones. He keeps up with Shia equally. True to his quote he uses in the first film Raider of the Lost Ark, "it's not the years, it's the mileage".