Stars:  4 / 5
Recommendation: Sometimes illusions are what charms one's mind and this is one of them.

June 15th marks the birthday of not only my oldest nephew, Srithan, but also my youngest brother Sudheer. When I asked what should I post for him celebrating his birthday, he picked this movie. He considers this movie as one his favorites. So, here's wishing my brother a very Happy Birthday with this review.

The Illusionist is a 2006 American romantic mystery movie starring Edward Norton, Jessica Biel and Paul Giamatti as the lead characters. The film is set in the late 1800s and early 1900s telling the story of Eisenheim, a magician in fin de siècle Vienna. It also depicts a fictionalized version of Mayerling Incident (https://en.wikipedia.org/wiki/Mayerling_incident). The movie begins with Eisenheim (portrayed by Edward Norton) performing a magic show in Vienna, Austria-Hungary in 1889. He gets arrested by Chief Inspector Walter Uhl (portrayed by Paul Giamatti) for practicing necromancy by the order of Crown Prince Leopold (portrayed by Rufus Sewell). The story then goes into flashback where Uhl explains the life story of Eisenheim.

Eisenheim (born) Eduard Abramovich), son of a cabinet-maker, is said to be one of supernatural powers or acquired from a travelling magician, but gets interested in magic. He meets young Sophie, the Duchess von Teschen and falls in love with her. Even though they are forbidden to meet, they meet as many times as they can until one day they get caught. That day Eduard walks away from the village and then surfaces 15 years later as Eisenheim performing magic - more of an illusion.

Here he is showing an illusion of an Orange Tree growing out of an empty bucket. At one such performance he meets Sophie (portrayed by Jessica Biel), now grown up to be a beautiful maid, but expected to be married to Crown Prince Leopold - rumored to be brutal towards women and even might have murdered one. Impressed by his performance, Crown Prince Leopold asks Eisenheim to conduct a private show for him where Eisenheim makes fun of him. Follwing which he is banned from performing anywhere in Vienna. He asks Sophie to run away with him for which she refuses afraid of execution as well as that Leopold was going to announce their engagement - a move by Leopold leading up to bigger plans by him. 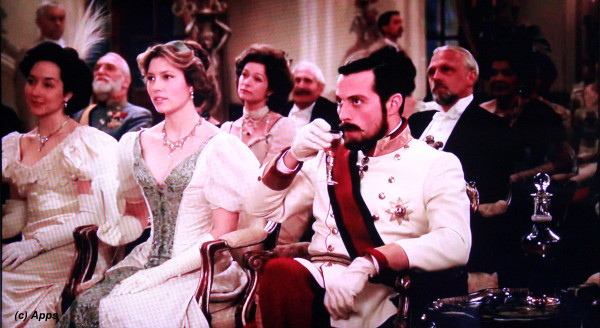 The rest of the plot follws how Eisenheim tries to get Sophie and how Leopold tries to make Eisenheim pay.

A brilliant plot with equally talented actors, which I would have loved to watch in theaters. Edward Norton - although fits the role of an illusionist, I still cannot take my mind off his role as Aaron Stampler / Roy in Primal Fear. Jessica Biel for once looks good in her acting. Her days as Mary Camden from 7th Heaven show a little here but still she has a long way to go in acting - that is if she is still acting considering this movie was made 10 years ago. As for Rufus, well, he is charming as always and a perfect Crown Prince Leopold. Paul Giamatti, I must say, has taken more shine than any in the movie. As he describes himself he himself was a mere public servant to Leopold in the movie, he certainly was no such one over all.

All in all a movie that will entertain you from start to end.
( Collapse )
Collapse