Stars: 5 / 5
Recommendation: Another absolute favorite for any romantic night or just for those days when you want to feel loved.

A while ago I posted about the 1957 hit American movie An Affair to Remember, I had commented that this movie was a remake of the 1939 American romantic film Love Affair. Here is the review on the same. 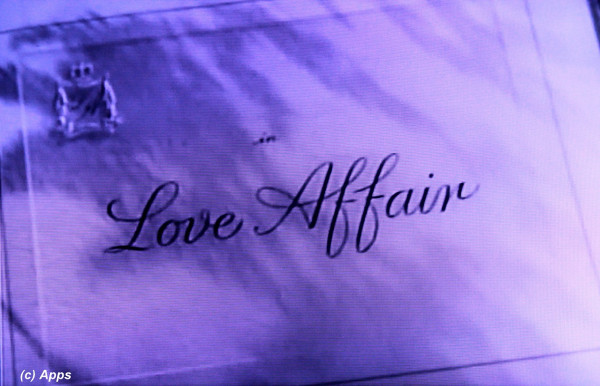 Charles Boyer as Michel Marnet and Irene Dunne as Terry McKay star in this hit romantic movie that was nominated for sic Oscars under the categories Best Song, Best Actor, Best Supporting Actress, Best Writing (Original Story), Best Art Direction, Best Original Song ("Wishing" by Buddy de Sylva) and Outstanding Production. Sadly it did not win any award though. This was the original movie directed by Leo McCarey - who directed An Affair to Remember as well.

Michel Marnet - a French painter and engaged to the heiress Lois Clark - and Terry McKay - an American singer and engaged to Kenneth Bradley - meet at an ocean liner crossing the Atlantic Ocean. Being engaged to others they try not to get closer to each other and also avoid the public eye. However at a stop at Madeira, they visit Michel's grandmother Janou. Something in that meet brings them closer than they think they would like to be and fall foreach other. On the last day of the journey as they reach New York city they make a pact that they will wait for 6 months and if they still feel the same for each other they will meet on Empire State Building and take the next steps. On the fateful day when they are about to meet, Terry gets hit by a car and loses the ability to walk in her legs. The rest of the movie follows both Terry and Michel in how they face their lives without each other and then eventually find each other.

An Affair To Remember is an exact copy of this movie, even in most places the dialogues are the same. Irene Dunne has charmed the role as well as Deborah Karr and so did Charles Boyle. The emotions pull and tug at you very deeply. Nothing more is there that I can express other than in pictures of the movie.
( Collapse )
Spoiler Alerts:
1) Irene Dunne in this movie and Deborah Kerr in the Affair to Remember version have the same film name - Terry McKay. However the lead actors Charles Boyer and Cary Grant have different film names - Michel Marnet and Nicolò (Nickie) Ferrante respectively.
2) The film names of their partners are kept same in the Affair to Remember version too - Kenneth Bradle and Lois Clark. In this though they are portrayed by Lee Bowman and Astrid Allwyn respectively. And so does the Grandmother Janou retain the name - portrayed by Maria Ouspenskaya in this version and Cathleen Nesbitt in An Affair to Remember.
3) Michel's art dealer is Maurice Cobert in this version while in the remake he is simply called as Courbet - portrayed by Maurice Moscovitch in this version and Fortunio Bonanova in the later version.
Collapse