Happy Gilmore is a 1996 American sports comedy with Adam Sandler on the title character. This February 16th marked the 20th anniversary of this movie. This movie title later on goes to become part of his production company name titled Happy Madison Productions (the second part taken from his earlier hit Billy Madison that was released in 1995. There are very few movies of Adam Sandler I like of which this is one. The only reason being that I felt the jokes and dialogues less cheesy, less gross and less sexual. I am not really against sexual content, but I am against the vulgarity and cheapness of that being depicted in movies, stand-up comedies and books. Oh well, whatever the reason, this is one movie I have watched countless times and enjoyed it thoroughly. 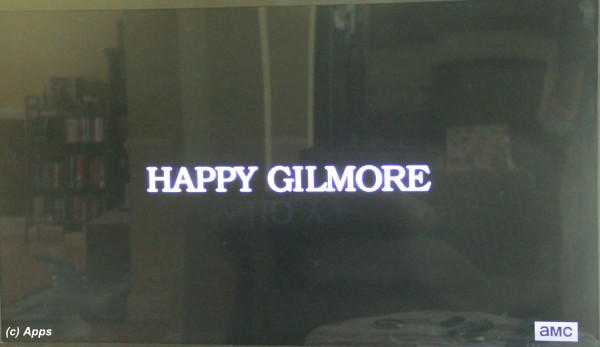 The plot follows a young Hockey Player, Happy Gilmore, who has anger management issues, gets kicked-out off hockey league and becomes a pro-golfer to save his grandmother's home. With funny lines, timing of comedy, punch quotes as well as real punches, and making Golf as livelier as it can, this movie certainly has made a mark in Hall of Comedy - if there is one. The psycho orderly Hal L, the fight between Bob Barker and Happy Gilmore, iconic scene between Happy and the crocodile that took away the hand of Chubbs - his coach, quick wit quotes by all the characters make memorable scenes in the movie. Who cannot enjoy to dialogues such as

Shooter McGavin: Just stay out of my way... or you'll pay! LISTEN to what I say!
Happy Gilmore: Hey, why don't I just go eat some hay, make things out of clay, lay by the bay? I just may! What'd ya say? Anytime you come across this movie playing on TV, don’t change your channels. Instead glue yourself to that comfy sofa and enjoy the humor and have a hearty laugh.