Continuing with the critiques I started in 2015, here is the next in series – a movie review.
Prologue: Go here).

Stars: 4.5 / 5
Recommendation: A well-made devotional movie based on the real-life of a pious person.

Shirdi Sai is a Telugu biographical movie released in September of 2012. It is based on the life of the spiritual guide Shirdi Sai Baba who lived during the late 19th and early 20th century in the town of Shirdi, India. 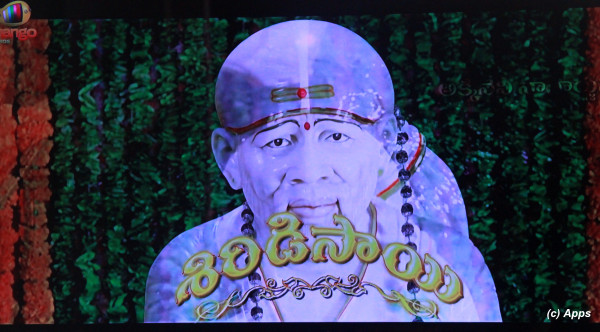 In 1986, K. Vasu had directed a movie based on Shirdi Sai Baba with the title Sri Shirdi Sai Baba Mahatyam in Telugu. Vijaychander had portrayed the role of Shirdi Sai Baba and it went on to become a block-buster hit. Till date we listen to the songs from this movie every time there is a devotional event or at temples. Music was composed by Maestro Ilayaraja. It is considered an evergreen classic. That said, actor Akkineni Nagarjuna - who portrayed the title role in this 2012 version, director K. Raghavendra Rao and music composer M. M. Keeravani had some big shoes to fill in here.

This was the third installment by Nagarjuna playing a devotional / mythological role in a biographical film based on lives of great persons from Indian mythology - as Annamayya in the movie of the same name in 1997 and as Kancharla Gopanna in the movie titled Sri Ramadasu in 2006. And both ended up being blockbuster hits with movies still drawing audience now. So we can definitely agree that Nagarjuna would be a logical choice for this movie as well. Well, how did the movie fare compared to the similar ones for Nagarjuna?
( Collapse )
That said, all in all a well-made movie, that touched my heart and which I enjoyed living through Sai Baba's life via the media. Considering it has been marked as a blockbuster hit I am guessing everyone else felt the same. However, the impact that Annamayya and Sri Ramadasu left on me by Nagarjuna's acting was more compared to that in Shirdi Sai. If you get a chance and if you are into such movies, do watch it. I definitely recommend it.
Collapse