Britney Spears surprised the world with this single of hers when it was released in 2001 as the third song of her album Britney. She removed the girl next door with this song and as she aptly mentions, she took a "Step Into This World". It was Written by Chad Hugo and Pharrell Williams. The husky voice of hers was used perhaps to give an adult sound to it. In my opinion it was a little more than a step she took with this number.

Bruce Lee - The Fighter is the recent Telugu movie starring Ram Charan Teja (son of hit Telugu movie start Chiranjeevi) that released this day. As always I went to the theater to watch it and my one-line opinion is "Avoid it in theaters if possible. Can be watched as a one-time on TV or DVD". How did I come to that conclusion? Well, read along. 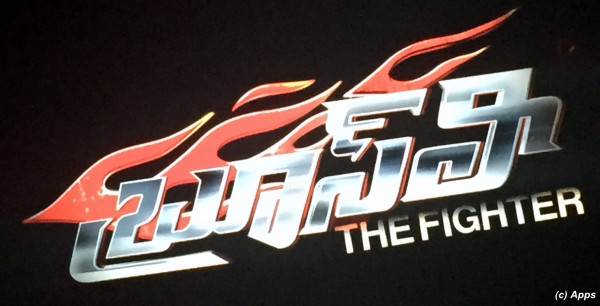 The movie opens up showing the dilemma a middle class family faces when they have to choose which child to put in a better school - the boy or the girl. The boy makes the decision for himself and gets his sister into the better school at the wrath of his father which continues thru his adult life. True, the life of middle class had been like that but I don’t think it is so anymore with the amount of educational institutions that are there in India. However, the problem still persists, so it was a nice twist for the director to reach to the mass.

The story moves on to show the boy as the adult Karthik AKA Bruce Lee (nickname in his profession) as a stunt master in Telugu movies in order to support his family along with his father, but keeps his father in blind. So far the movie goes on well with an introduction song for adult Bruce Lee. Enter the lead heroine Riya, a game designer, who chances upon an escape scene that Karthik gets invovled in order to free his friend's sister from the goons. Mistaking him for a real police officer (as he was dressed for the role at the time of the escape), she falls for him. This is when the story turns a little off from reality.

Riya, with misconception of Karthik, pulls him into different areas of crime as she helps her journalist friend, making him the target for the goons. Why is this off? Well, how can one enter any of the illegal warehouses without the outside goons knowing about the entry? How can one man fight them off and not see his cousin bound in the next room with glass doors? How can one make it looks so believable that he is a police officer without the actual cops getting to find who he truly was? Well, perhaps we need someone like this in real life to at least reduce the corruption. Was that the thought by Director Sreenu Vaita? Perhaps.

Well, all this fighting puts Karthik's family in front and center with the goons. Especially when his sister is being married off to the son of the owner of the factory, Jayaraj, where his father works. Jayaraj also leads a double life with his hidden agenda of taking over his wife's assets eventually someday. Enter Ria's father, Bharadwaj, who is the IB Chief, knows the real Karthik. The movie next revolves around he works as an inside man for Bharadwaj, trying to keep his face as a police officer for Ria, exposing Jayaraj layer by layer and at the same time protecting his family.

If that was all the story plot would have been, it perhaps would have been a moderate hit. However, it comes with quite a few downs. Firstly the editing. Whats with editor? Some scenes felt as if they were cut in mid-way and some scenes felt a bit detached and were placed there for the heck of it.
Next the lead actress's character. She comes pretty close to being obnoxious more and less sweet, especially with her over expressions and squealky voice at times. Whoever gave the dubbing for her failed to match the voice to the face. And her over over expressions killed the little chemistry that could have been there with the lead actor.
Thirdly the music.  Normally Ram Charan's movies even though may fail at box office usually have awesome music. In this case, there was one song (which is what I am posting here) that is mediocrely good, another song although the tunes were good the taking of the song was totally odd (Ria by Rabbit Mac and Deepak). The remaining three sounded more like broken item numbers than good music.
Lastly, the entry of Chiranjeevi. Just when we thought the movie was finished, enters Chiranjeevi totally out of synch with the pace of the movie. It’s a good idea to bring in your father who is still a fan throb to add spice to your movie and move it up a notch. However, they should have created it as an entry in one of the fighting scenes that Ram Charan has with goons or as a sub-plot for his role as a stunt master for movies in the story plot. But no, they had to extend the movie for another 20 mins to have the father's entry. It could not stitch well with the main plot and was very obvious that it was an after thoughts (Pardon me, all the fans of Chiranjeevi).

In short, the story plot was good, but there were several flaws in editing, little to none chemistry between the lead actors, not so memorable music and extending the movie by 20 mins for the sake of having a role of one's father; all lead to the failure of this movie. If not for these, it would have been a better movie. That said, here is a snippet of the mediocrely good song from the movie. Sung by Saisharan and Nivaz. Music composed by S.Thaman and Lyrics penned by Sri Mani.